When Melbourne United centre Isaac Humphries made the decision to come out to his NBL teammates last week, he knew he was taking a huge risk that left him vulnerable to losing his teammates – or potentially even his basketball career.

The former Atlanta Hawks big man revealed on KIIS 1011’s Jase & Lauren Breakfast Show that he was terrified his Melbourne teammates would not speak to him after he came out as gay.

‘I was very emotional. I had built that up so much in my head, I thought maybe some teammates wouldn’t speak to me anymore, I just didn’t know,’ he said.

‘And to have them all to them give me hugs like literally every single one of them and come back in and get a pride shirt and be really interested and so accepting, it was not how I fully pictured it to be honest.

‘I guess I was probably thinking more the negative side but I was very overwhelmed with how supportive every one of my teammates was.’ 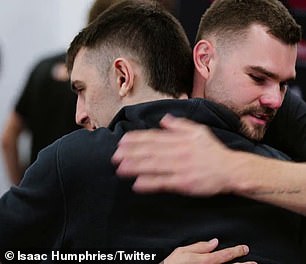 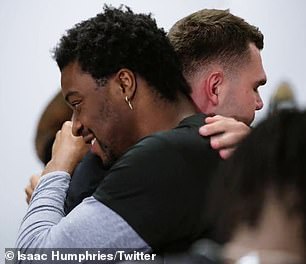 It wasn’t just his own teammates Humphries worried about, it was also his friends and peers throughout the league.

And he didn’t have to wait long to face up to his old teammates at the Adelaide 36ers with the two sides meeting the very next day at John Cain Arena.

Humphries put in a strong performance with eight points – including a statement dunk – along with six rebounds and four assists as United took the 36ers to the wire.

‘It was cool, it was my first dunk of the season,’ he said.

‘There are so many metaphors in that. Weight lifted off my shoulders.

‘It was pretty special playing against my old team, I have a lot of brothers on that team, people I love a lot.

‘They were very supportive, it was special for sure.

‘It’s the fear of the unknown and how it will go.’ 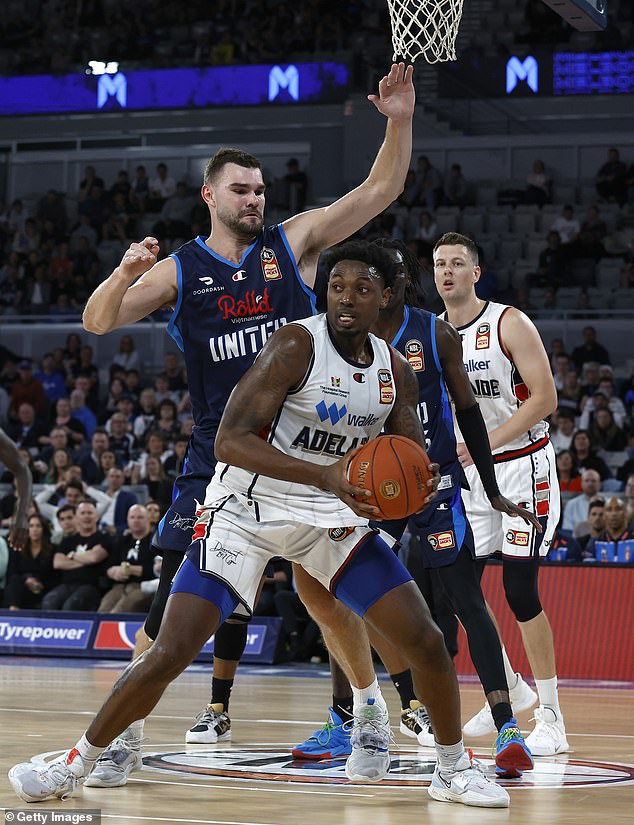 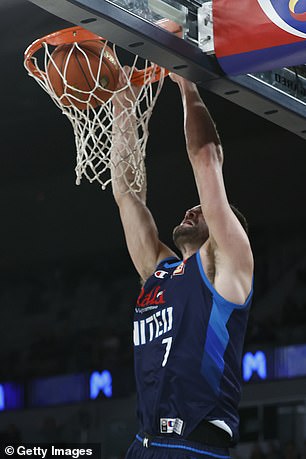 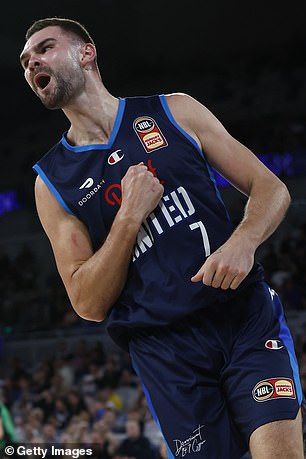 By coming out, Humphries became the first NBL player and just the second professional male basketball player in the world to be openly gay while still actively playing.

When asked what made it harder for athletes to reveal their sexuality, he said fear of losing everything they had worked so hard to achieve was a strong reason.

‘Previously you see some examples of careers dwindling out or maybe not getting jobs anymore, and it’s that fear of how will it affect my career,’ Humphries said.

‘Because we work so hard for our career and we dedicate our whole life to our craft and to think that who we are, if sharing who we are could have all that taken away, is very scary.’