The University of Melbourne has slashed 450 jobs after negotiations for staff to take a two per cent pay cut failed.

Academics and other staff will be sacked as the university grapples with a $1billion revenue shortfall as a result of the coronavirus pandemic.

Workers in casual and fixed-term positions will be impacted, with the university yet to announce which roles will be safe, according to The Age.

A spokesperson for Melbourne University said staff were given the opportunity to take a pay cut which may have kept them in a job, but it was refused.

‘Staff were asked to vote on a proposal to forgo a 2.2 per cent pay increase, payable from 1 May,’ they said.

‘Staff rejected the proposal, which the University estimates would have saved around 200 jobs.’

Vice-Chancellor Duncan Maskell said on Monday job losses were necessary to cut down on expenditure after the pandemic stopped thousands of international students from travelling to Australia to study.

‘The University is facing a loss of revenue of nearly $1 billion over the next three years. Our current rate of expenditure is not sustainable,’ he said.

In its 2019 annual report, the university said it had $4.43 billion in reserves. 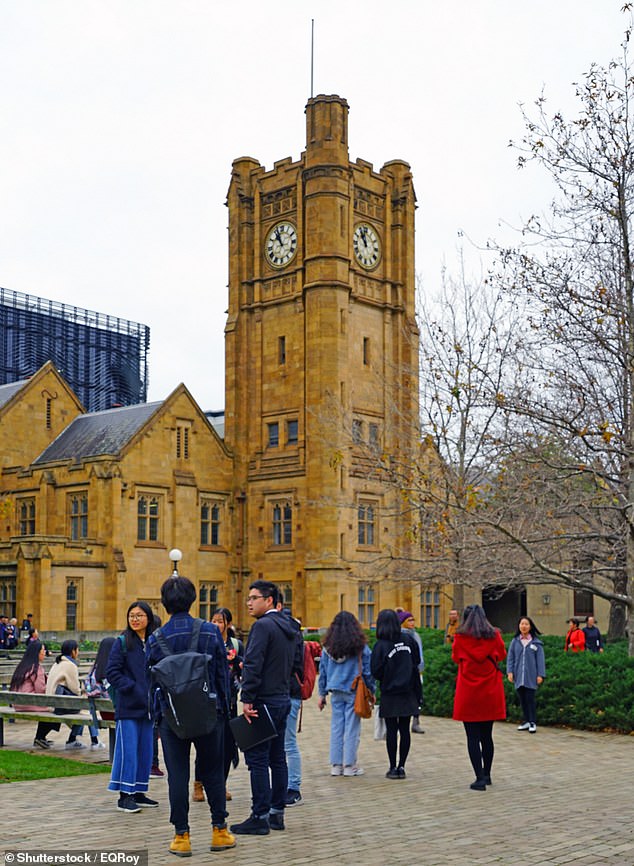 As international students are blocked from flying to Australia during the pandemic universities are struggling to make up for the income they bring . Pictures is the university grounds

Prof Maskell said the university was left with no choice but to cut jobs after cost-cutting measures introduced in the last six months proved ineffective.

‘The global pandemic has meant many thousands of international students have not been able to join the University this year as a result of the border closures and the impact of this will continue to be felt for years to come,’ he said.

‘With fewer students, the University must be smaller and we will need fewer staff.’

Professor Andrew Norton from Australian National University said in June the shortfall of international students would devastate the industry.

He said international students made up about 26 per cent of revenue for Australian universities in 2018.

But Melbourne University relies on an even higher percentage of overseas enrolments – with 23,948 international students accounting for nearly half of its revenue in 2019. 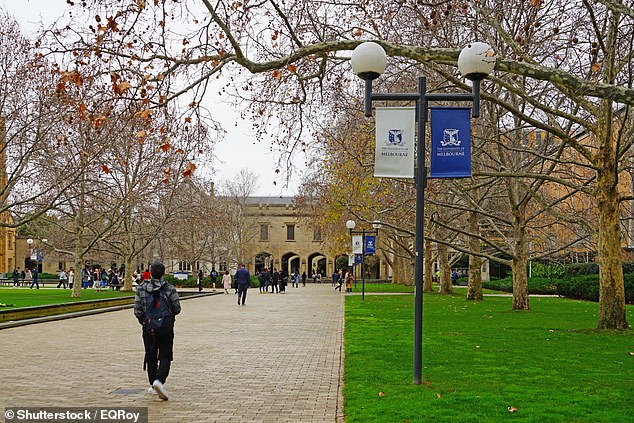