Six months after the accident that killed her husband and four-year-old daughter, Kerry Norton returned to their family home for the first time.

Toys were scattered across the living room, her husband’s boots were by the front door, and their bed was still unmade.

It was a snapshot of the blissful life she had built with them, but as she was wheeled into the home it brought nothing but painful memories.

The Melbourne mother, who fell in love years later to a man who tragically died of lung cancer, is now sharing her moving story in a bid to raise road safety awareness. 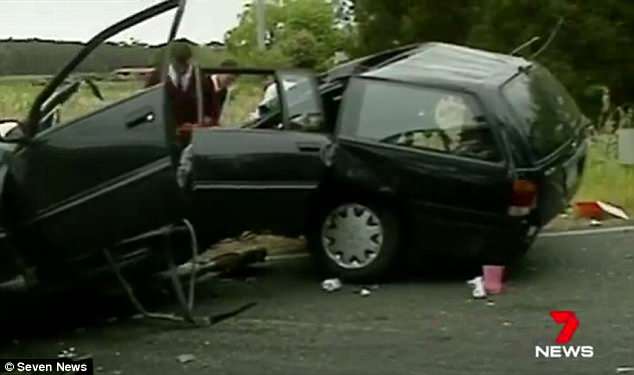 It’s been 20 years since the accident, but Kerry says she can still hear the haunting screech of the truck before it slammed into their car – instantly killing husband Rick and daughter Shani.

The young family were on their way to Wilsons Promontory, a camping spot they visited regularly to get away from the city and unwind.

After they set off they realised they’d forgotten the tent.

Rick turned the car around, running on just hours sleep because he worked night shifts but desperate to take his little family away for a mini-holiday.

They were only an hour and a half away from home when he fell asleep at the wheel, slamming head-on into a logging truck.

‘We were travelling down the bridge and the logging truck hit us head on. My daughter was flung from the car and my husband died instantly,’ she told TAC last year.

Kerry lay fully conscious inside the mangled wreckage for one and a half hours before rescue crews arrived and airlifted her to hospital.

The whole time she knew they were dead.

She was severely injured. Her liver was lacerated, her femur broke in three places, her wrist in six. She spent months in rehab relearning how to do the basics – walking, talking and eating.

Weeks after the crash the coroner’s letter arrived in the mail. It explained that her husbands fatigue had caused the crash.

‘My daughter was about to start school the following year. We had our Christmas tree nearly ready to go up. I had presents for Shani on lay-by. Rick had just been promoted to after-hours manager, Kerry told The Age.

‘My whole world was gone.’ 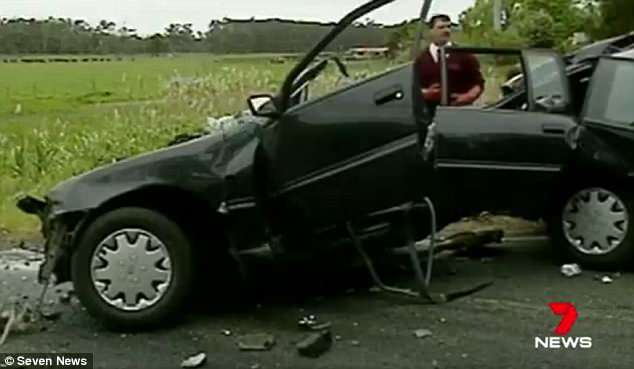 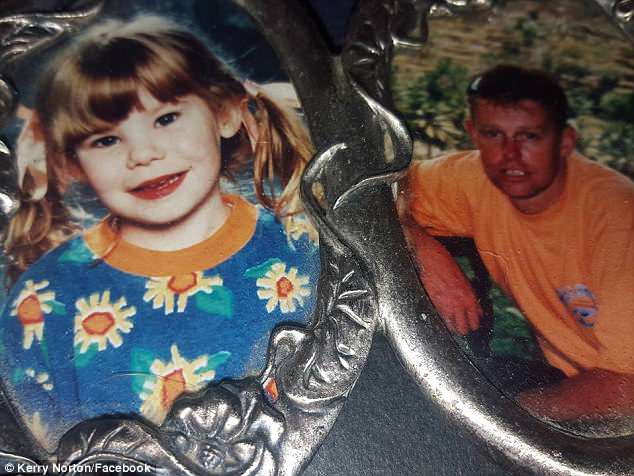 Kerry said she had been tormented for years by thoughts about why she didn’t drive that day, and what would have happened if they hadn’t have forgotten the tent or gone camping.

While she learnt to walk and manage day to day tasks, she grieved for the lost lives of her loved ones.

She moved home, eventually returning to work and starting to pick up the pieces. Four years later she met Neil, the pair fell in love and married.

‘He had had a vasectomy and I was told I couldn’t bear another child because of my accident and then I got pregnant. Kai was our miracle baby,’ she told The Age.

Neil died of lung cancer in 2011, but Kerry is surrounded by people who love her. Her son Kai just turned 14 and is a budding football player. 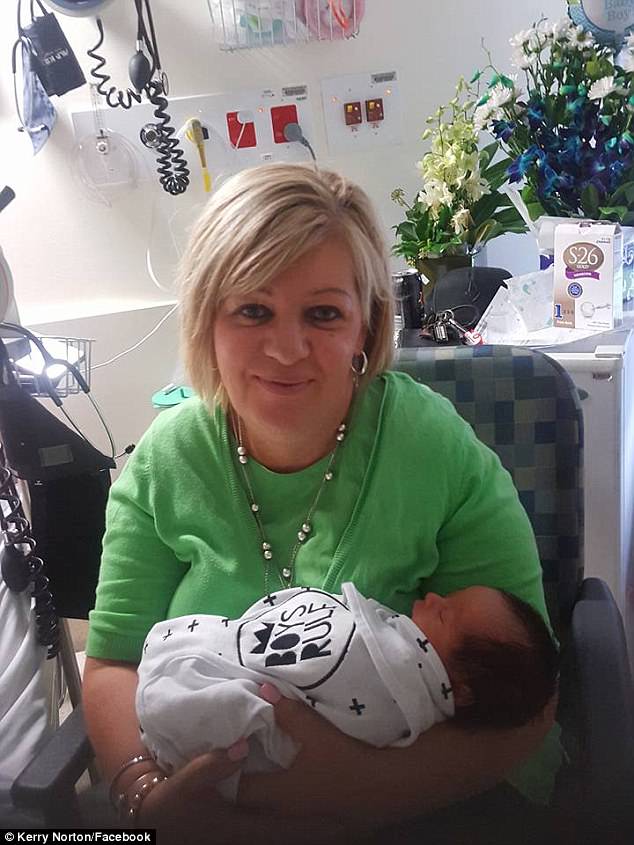 Kerry pictured here holding her step- grandson Jet ‘Your Dad would be one proud Grandpa this has made my day,’ she wrote in the congratulatory post 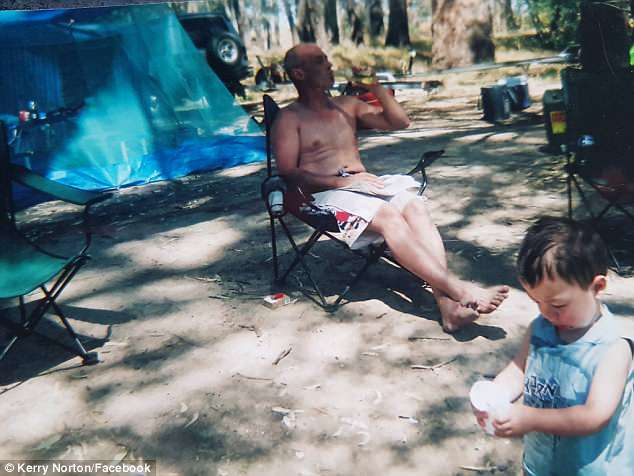 Despite a double dose of tragedy Kerry has built a life for herself and her son. But she says she still thinks about her daughter everyday.

Last year, 1227 people were killed and another 35,000 seriously injured on Australian roads.

Tragically, these numbers grow every year.

And fatigue remains one of the top killers on the road, involved in about 20 per cent of fatal accidents.

Kellie has worked with The Transport Accident Commission to raise awareness for road safety.

In Melbourne the Star wheel and Bolte Bridge will be bathed in yellow light all week.

Kerry says she’s reminded all the time. She sees her daughters friend’s on social media getting married and having babies of their own and she is taken back to the beginning. 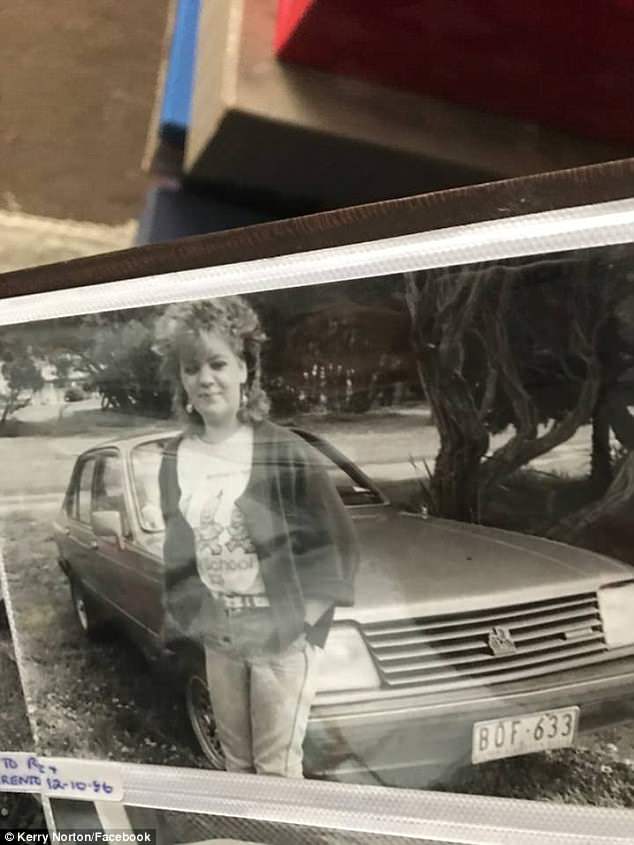 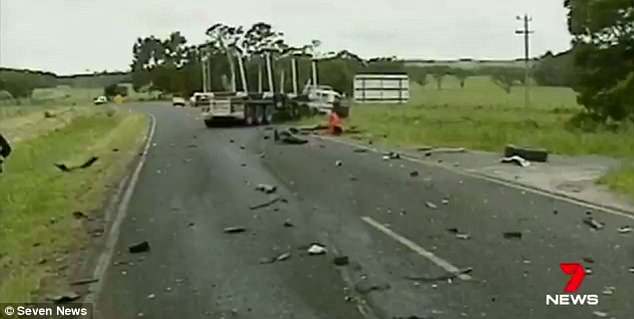 The wreckage from the crash was found meters up the road, the impact so strong it sent Shani flying out of the car