A Woolworths shopper has shared the heartwarming story of how a checkout worker went above and beyond to help her when she was short on cash to buy groceries.

Jessica Atalla, from Melbourne, was excited to head to her local supermarket for the first time in 10 months after recently giving birth to her daughter.

The mother realised she left her wallet in the car, but she had enough cash to purchase a few items.

After collecting a few essentials, Ms Atalla went to scan her items when she realised she didn’t enough money to cover the bill.

‘I had a little bit of cash but ended up also getting some cleaning supplies and was just short,’ Ms Atalla wrote in the Facebook group The Kindness Pandemic.

She asked a female employee at the self checkout to remove an item so she could afford to pay.

‘She told me to hold on and I was thinking maybe she needed to get a senior staff member to remove the item,’ Ms Atalla said.

‘Instead she came back with two dollars which was more than I needed and she even told me to keep the change.

‘It really made my day! Thank you so much the kind gesture was very appreciated.’ 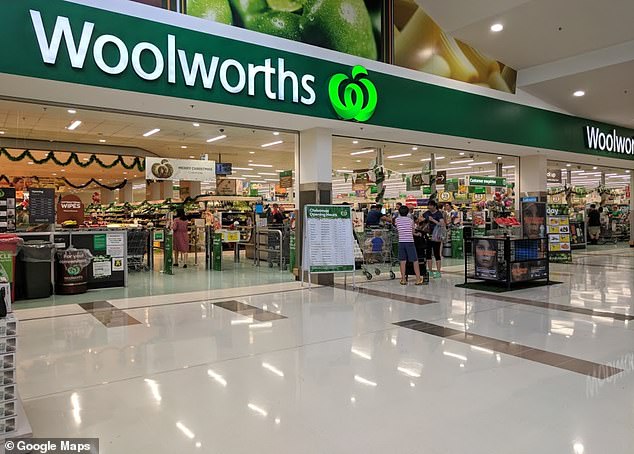 Ms Atalla’s post has so far received more than 3,400 likes.

Dozens of people commended the Woolworths worker for her kind gesture.

‘I was lucky enough for supermarket staff do the same for me when I didn’t have enough money. It is such a relief!’ someone wrote.

‘What a beautiful thing to do,’ another commented.

‘It’s those little things that count BIG TIME!’ someone else wrote.