Melinda Messenger has claimed she was once sexually assaulted by a masseur while she was working as a Formula One grid girl.

The former model, 51, said she felt unable to stand up to the alleged attacker but claimed it was one of hundreds of such experiences she had at the height of her fame.

Melinda, who worked as a grid girl in the late 90s alongside the likes of Katie Price and Emma Noble, admitted she still feels ‘haunted’ that she never reported such encounters.

Speaking out: Melinda Messenger has claimed she was once sexually assaulted by a masseur while she was working as a Formula One grid girl

Detailing one alleged incident, she told The Sun that a masseur for the Formula One drivers would also offer massages to the grid girls.

She told the publication: ‘In my foolish naivety, I was like, ‘Oooh, a massage, that would be really nice’, but then, while having it, I suddenly thought, ‘No, this is all wrong’.’

Melinda said she was luckily able to escape the situation and said she never reported the man in question.

The TV presenter said she didn’t know to to protect herself at the time and said she had ‘non-existent boundaries’ and didn’t know how to say ‘no’ to people. 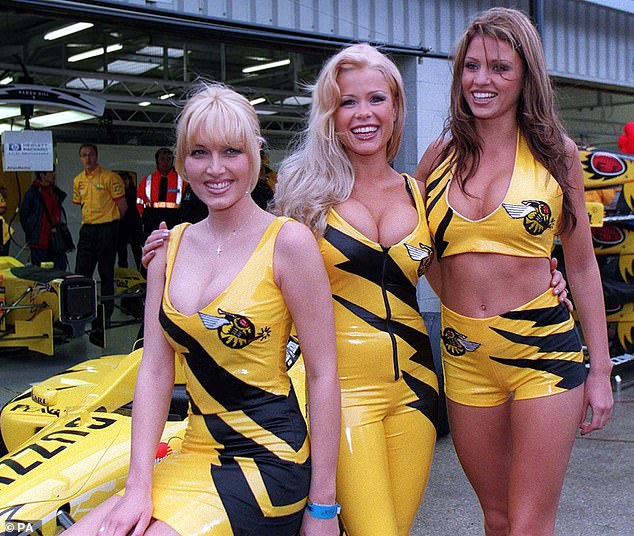 Assault: Melinda, 51, who worked as a grid girl in the late 90s alongside the likes of Katie Price and Emma Noble, admitted she still feels ‘haunted’ that she never reported the encounters

‘I didn’t know how to keep myself out of situations that could be potentially, you know, not great,’ she added.

Speaking about another alleged incident from when she was modelling in her twenties, she claimed a photographer made inappropriate and sexual remarks to her during a photoshoot.

She said she walked out of the shoot as she felt his behaviour was aggressive, but added that there were many similar occasions where she didn’t and just ‘let it slide’.

Drawing on her experiences, the former Page Three girl admitted she now worries about young women who are modelling, saying she urges them to not accept any inappropriate behaviour.

Melinda said she unintentionally exploited herself during her career as a glamour model and said she doesn’t want her 18-year-old daughter Evie to follow in her modelling footsteps. 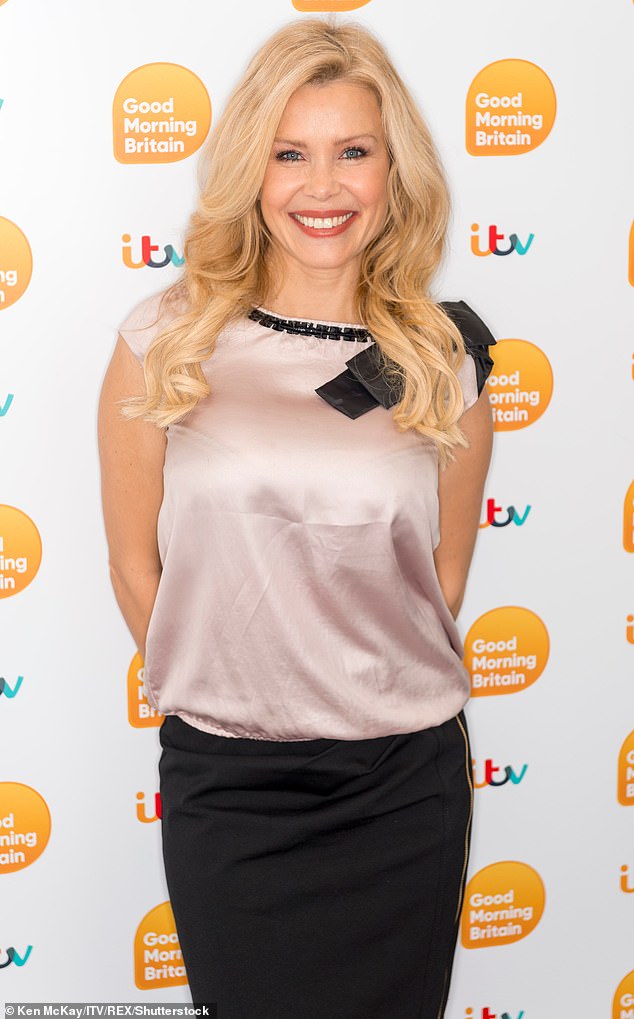 Modelling: Speaking about another alleged incident, Melinda (pictured in 2018) claimed a photographer made inappropriate and sexual remarks to her during a photoshoot

Elsewhere in the interview, Melinda also admitted to hiding behind her looks as a way to deal with her insecurities as a young woman.

Melinda, who shot to fame after being spotted on a billboard for a windows firm in Swindon in 1997, said she would wear heavy make-up to cover up feeling like she wasn’t good enough.

‘For me it was a mask, it was a way of trying to make myself feel good because I didn’t feel that way on the inside,’ she said.

Melinda is a mother to Morgan, 22, Flynn, 20, and Evie, 18, and parted ways with her ex-husband Wayne Roberts in 2012, and she admitted last year that she wanted to start dating again.

Since splitting from Wayne after 14 years of marriage, Melinda has dated a ski instructor who she met while filming Channel 4’s The Jump. 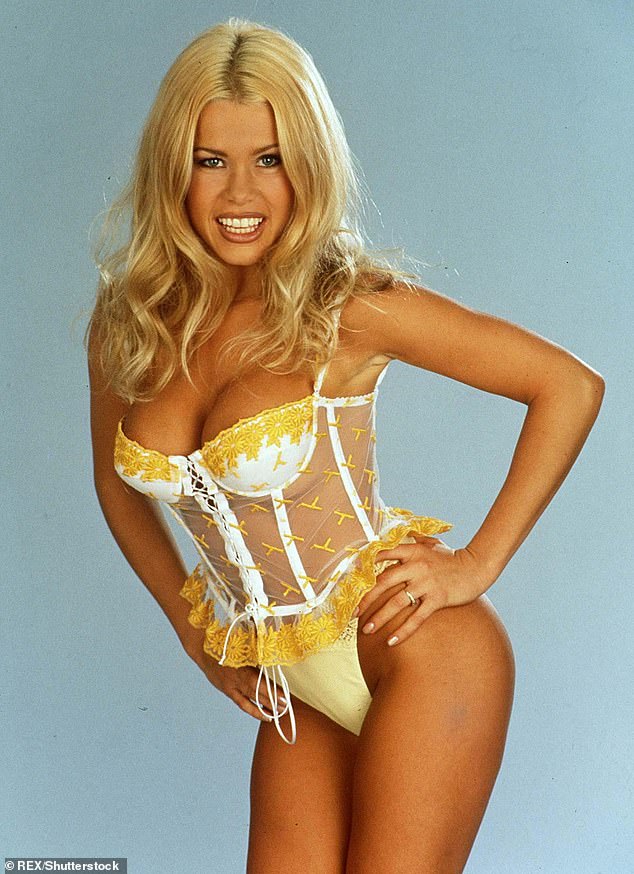 ‘It was a way of trying to make myself feel good’: Elsewhere in the interview, Melinda (pictured in 1997) said she hid behind her looks to deal with her insecurities as a young woman

The star was most recently in a relationship with Chris Harding who she met on Celebrity First Dates in 2018 but the pair later called it quits.

Melinda is still looking for love and joined the Sara Eden matchmaking agency after a string of unfortunate romances, including a man who she broke up with because he booked her a £20,000 holiday in a move she felt was pressure-packed.

But Melinda said she has no desire to get married again and is simply looking for a partner who she can spent her life with.

The mother-of-three admitted she has found it difficult to meet the right person and revealed she often gets chatted up by men who are half her age.

Speaking of famous faces who have tried to nab dates with her, Melinda claimed she was once chatted up by Spiderman’s Tobey Maguire and was asked on a date by Val Kilmer. 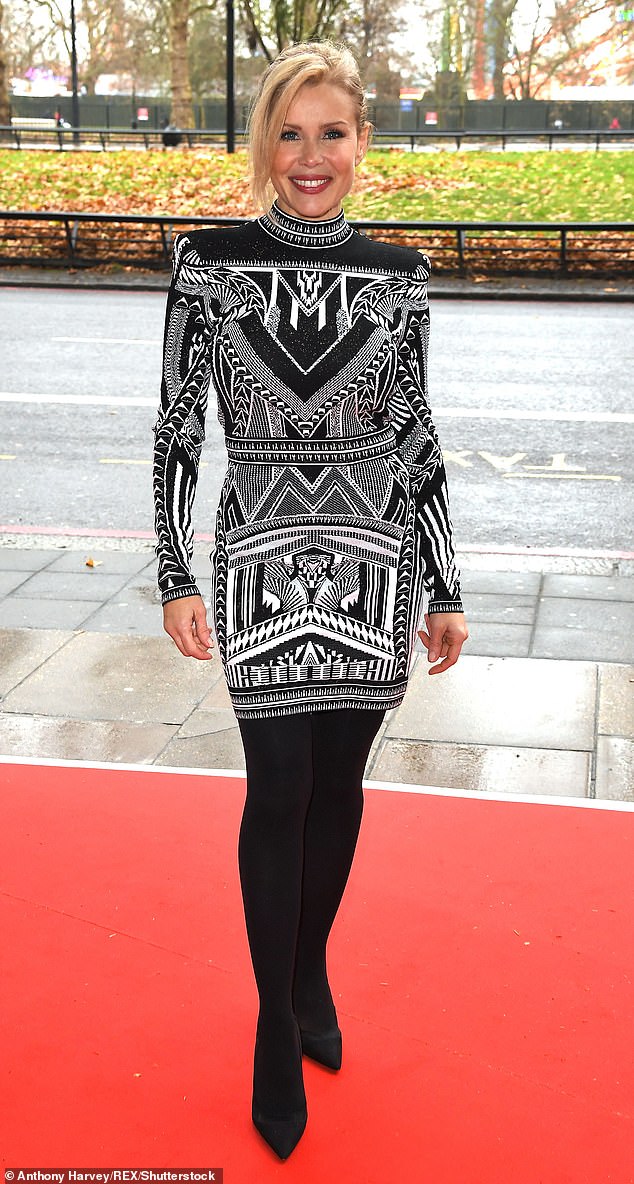 Single: Melinda (pictured in December 2019) is also single and looking for love, recently joining the Sara Eden matchmaking agency after a string of unfortunate romances

It is not the first time Melinda has opened up about her love life as she admitted last year that she wants an ‘equal’ relationship where she is not stuck playing the ‘mother’ role.

Speaking to OK! magazine last February, she said: ‘I’m completely single! I’m just starting to think it would be quite nice to date. I would love to meet somebody but I am quite shy so I would never make the first move.

‘I would like an equal relationship where I’m not doing the mother role. I’ve learnt it should be equal when it comes to looking after each other. I feel more open to dating now as the kids are all fine – it feels like the right time.’

The former glamour model admitted dating in the public eye comes with challenges, saying she worries she could attract ‘the wrong type of person’. 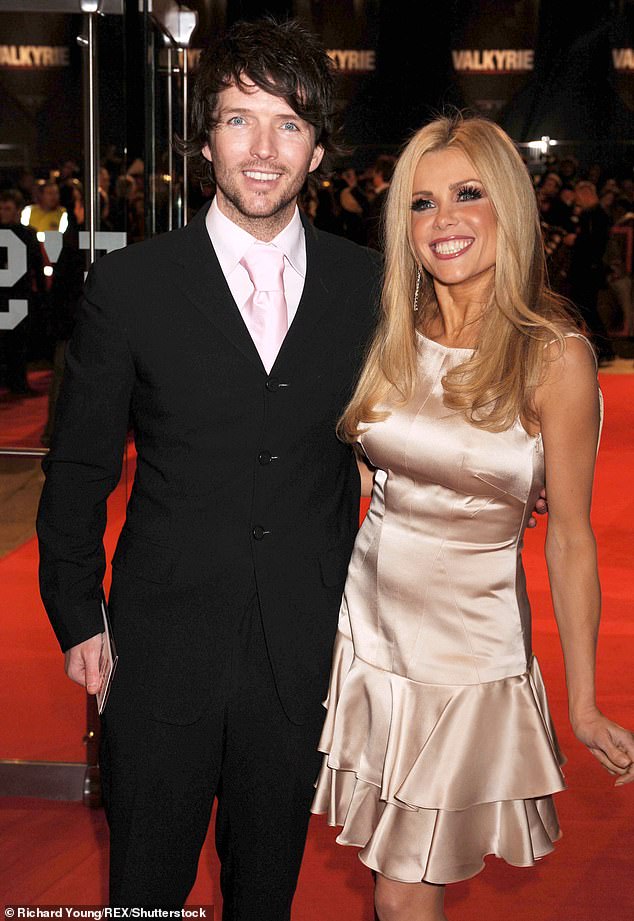 The presenter insisted she and ex Wayne have a good relationship and the kids visited him regularly at his home in Devon before the coronavirus lockdown.

Melinda previously detailed her struggle with other people’s perception of her before retraining as a psychotherapist 10 years ago.

Although Melinda says her TV career was still thriving at the time, she admitted she would have regretted it if she hadn’t pursued her dream.

Speaking on Loose Women, she explained: ‘In 2010, I started retraining. I thought, I have children, I have bills to pay. I was working in television and there was no sign of that letting up. 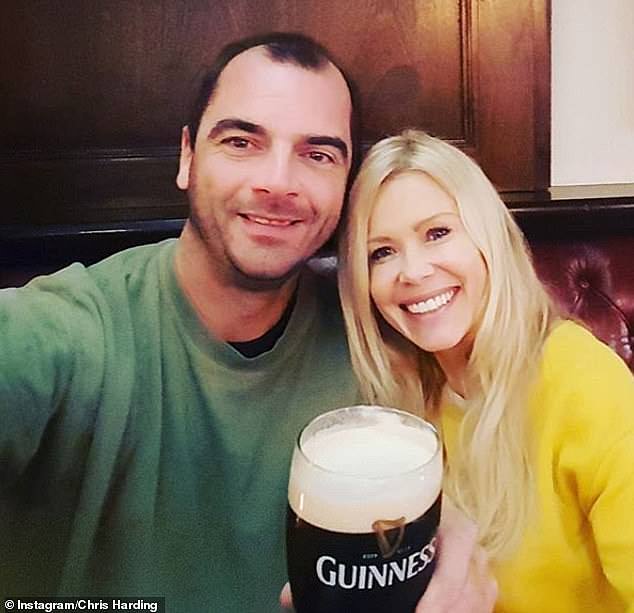 Romance: The star was most recently in a relationship with Chris Harding who she met on Celebrity First Dates in 2018 but the pair later called it quits

‘I thought, I can carry on doing what I’m doing but how painful would that regret be? I made the decision to go for it and I’ve been practising for the last five years and I can tell you, it’s the best thing I’ve ever done.’

Explaining that it wasn’t an easy decision to make, Melinda said: ‘It’s a big leap. Psychologically, you have all these dependencies and that fear of change is huge.

The star admitted that it had always been her dream to become a psychiatrist, however she was under the belief that she wasn’t intelligent enough.

She said: ‘I hadn’t started my own therapy before the training. As far back as I can remember, I remember being around seven and thinking I wanted to be a psychiatrist.

‘My mum said oh no you’d have to go to university, you can’t do that. We take in these ideas of what we can and can’t do.

‘When you start challenging those things, you notice that your life around you changes and those ideas you took as truths are actually not.’

‘That can be an internal struggle. But if you know that’s just a perception and not the truth, it’s still a challenge not to be held back by that but you can still keep going forward. People will have ideas. The challenge is not to let that stop you.’

Love: Melinda (pictured in June 2018) said she has no desire to get married again and is simply looking for a partner who she can spent her life with