Melissa Caddick’s brother has lashed out at photographers in wild scenes outside an inquest into the disappearance of his fraudster sister.

Adam Grimley left Downing Centre Local Court in Sydney with his parents, Barbara and Ted Grimley on Tuesday afternoon, flanked by several members of the the media on the way to their black Lexus.

Caddick’s brother, furious at being thrust into the spotlight, shouldered one snapper out of the way and then hit him with a shopping bag, with the moment captured on camera.

After opening the driver door, photographers continued to take images and the business consultant became more furious, rushing toward a female photographer and angrily gesturing at her before he allegedly swung an arm.

Eventually the embattled family drove off as media members rushed to her support. 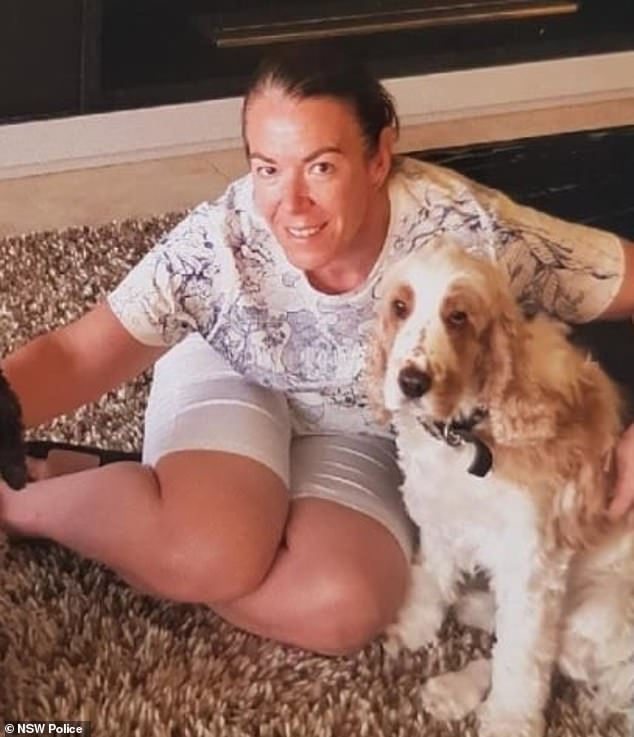 The commotion came as the inquest heard high-ranking NSW police were eager to hear progress about the investigation into the missing swindler as it entered its fourth month.

But in a ‘milestone meeting’ on February 15, 2021, the officer-in-charge, Detective Sergeant Michael Foscholo, only wanted to provide a transparent account to his superiors.

There remained a mountain of evidence to examine.

‘Extra resources would have been good,’ Det Sgt Foscholo said during two days of hearings in the ongoing inquest in Sydney this week.

Injured or otherwise restricted officers were given the job of sifting through hours of CCTV.

Only about 20 per cent of the collection, capturing the most pertinent locations, had been viewed. 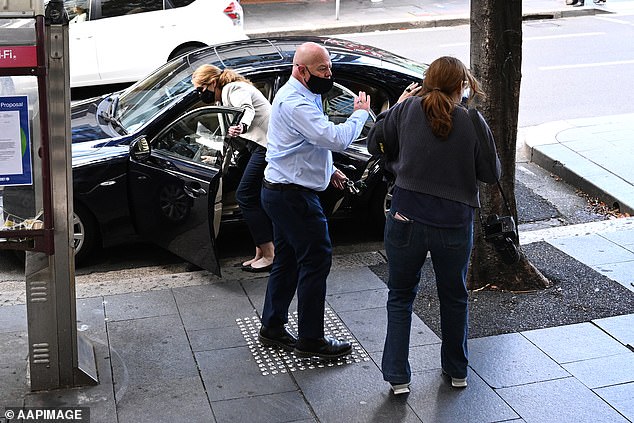 The business consultant became more furious, rushing toward a photographer and angrily gesturing at her 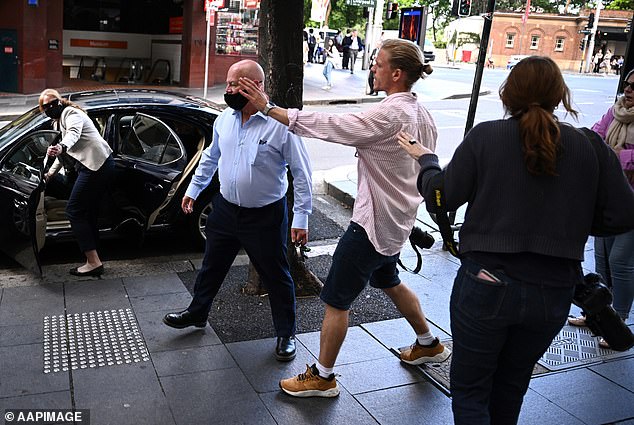 None of it contained so much as a glimpse of the 49-year-old conwoman.

Public captivation with the Caddick case only increased six days later, when her decomposing foot washed up in a sneaker on a NSW south coast beach, some 350 kilometres from her home in Sydney’s eastern suburbs.

Corporate watchdog ASIC accompanied by Australian Federal Police raided Caddick’s Dover Heights home on November 11, 2020, while the woman at the centre of their investigation, sparked by a report she was using someone else’s financial licence, filed her nails and took a nap. 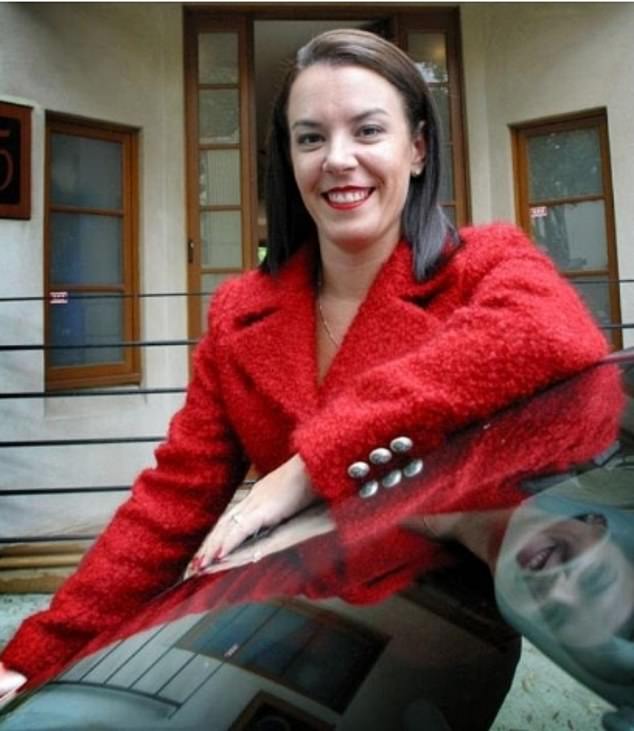 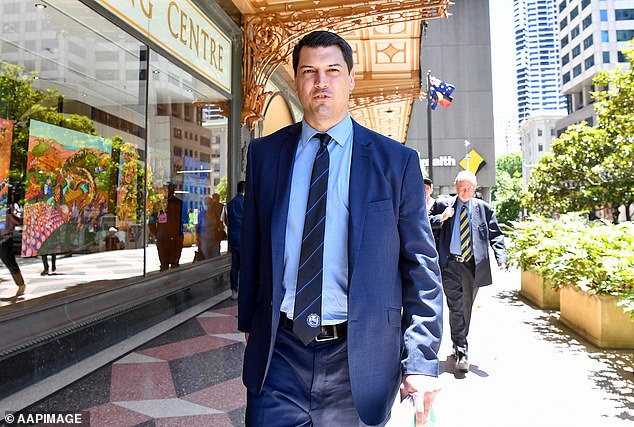 Finding someone without an opinion on Caddick and what happened to her would likely require a separate inquiry, although some theories are more reliably informed than others.

Conspiracies dominate in online communities, and have also been entertained in television dramatisations of her vanishing act.

Mr Koletti’s lawyer, Judy Swan, asked Det Sgt Foscholo for his opinion this week, first clarifying whether he had ever heard the expression ‘someone died of shame’.

By his own admission, he has no psychological qualifications, but Ms Swan said he was well placed to offer his opinion as the officer-in-charge, which deputy state coroner Elizabeth Ryan allowed.

‘It was clear to me Melissa Caddick’s fraudulent activities were one of the catalysts for her disappearance and ultimately the reason, or motive, as to why she committed suicide,’ Det Sgt Foscholo said.

Following the raid signalling the end of her elaborate $23 million Ponzi scheme, he believes she left her Wallangra Road home, taking the shortest route to the rugged coastal cliffs of nearby Rodney Reserve.

No footage capturing her journey was available from the homes she would have passed.

‘I canvassed it myself,’ Det Sgt Foscholo said.

His theory is supported by the discovery on Bournda Beach more than three months after Caddick disappeared. 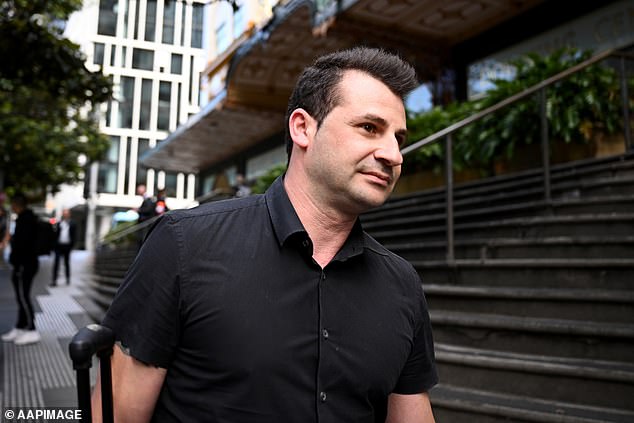 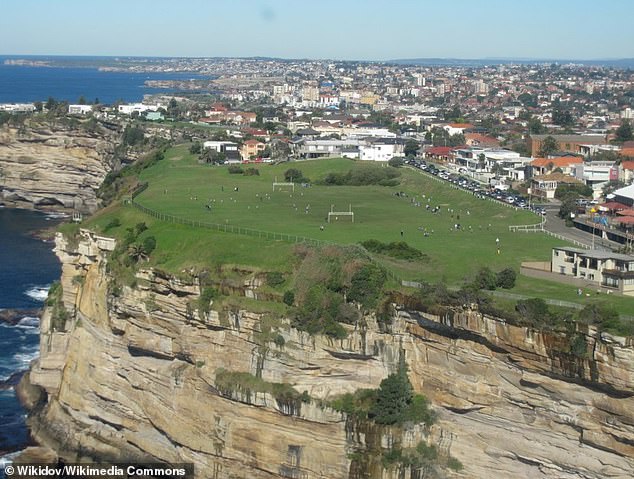 Prior to Caddick’s disappearance, the often unrecovered remains of people missing in the ocean, such as rockfishers swept out to sea, had prompted police to consider experimenting with pig carcasses fitted with location trackers.

The experiment never went ahead due to concerns the devices could harm protected great white sharks, the inquest heard this week.

The discovery did give Det Sgt Foscholo reason to reinterview Mr Koletti – a conversation he’d avoided previously, lacking new information and not wanting to get stuck in the ‘verbal loops’ that characterised Mr Koletti’s police reports and evidence to the inquest, he said.

As the inquest resumed on Monday, Mr Koletti told the Daily Mail he knew his wife was dead when police told him about her foot washing up on Bournda Beach.

His love for her hadn’t died, he said, but he was trying to move on with his life in the face of frequent ridicule characterising him as arm-candy for the image-conscious fraudster he married.

Mr Koletti has resumed working as a hairdresser but has also been attending hearings, as have Caddick’s parents and brother, the primary goal of the inquest being to find answers for her family.

They were similarly in the dark about the illicit source of her significant funds, believing the same fiction as her victims that she was a successful financial advisor.

While Mr Koletti endured days in the witness box, other family members will not be providing a statement to the inquest.

Receivers have been trying to claw back some of Caddick’s ill-gotten gains, most recently auctioning off $48,000 of artwork.

The Dover Heights home sold in October, the buyer and price remaining yet another mystery until the purchase settles next year. 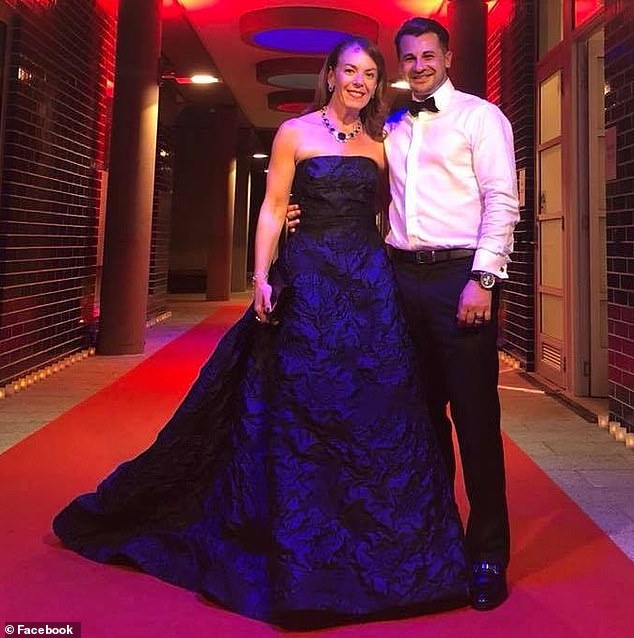 One potential balm for her victims is the property’s increased value since its 2014 purchase, the house being the only safe investment Caddick made with their money, but nonetheless for her own benefit.

In all likelihood, Caddick is the only person who could answer every question about her dealings and fate.

Ms Ryan will use the information presented through the inquest to provide some measure of closure after the hearings conclude in February.

However, the speculation will remain endless.