Melissa Etheridge’s oldest daughter paid tribute to her brother Beckett Cypheridge after his tragic death at 21 following a battle with opioid addiction.

Bailey Cypheridge, 23, shared a series of photos of her and Beckett together in an Instagram post on Wednesday.

‘I don’t know what to say. Today we lost my brother,’ Bailey wrote. ‘Too heartbroken and overwhelmed to be eloquent but appreciate all those who have reached out.

‘I love you Beckett. Fly high and watch over us.’ 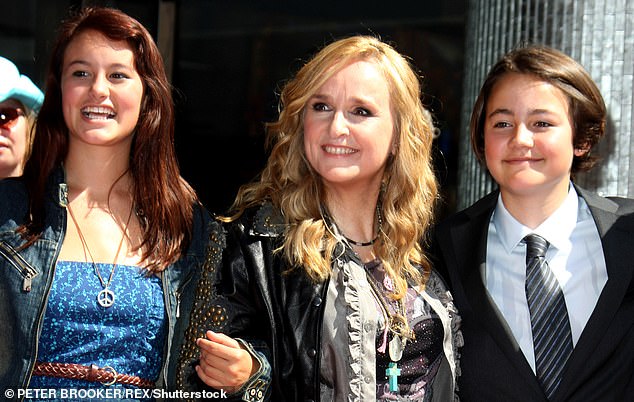 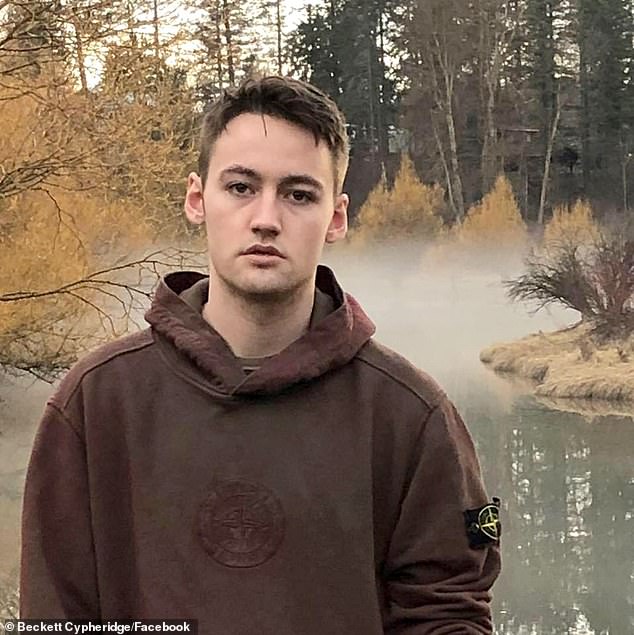 Etheridge revealed that Beckett had ‘struggled to overcome his addiction’ to opioids. The 21-year-old is pictured in a Facebook photo from 2019 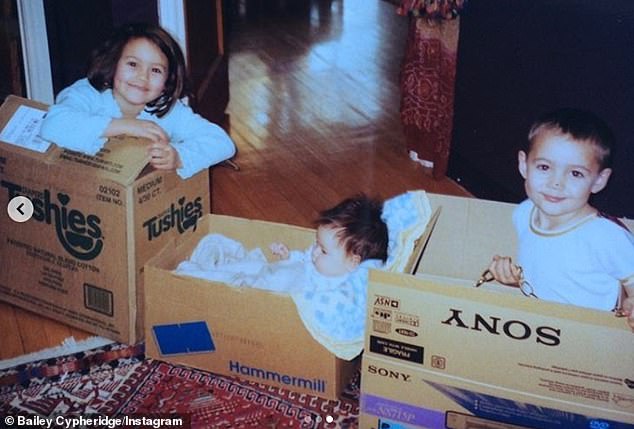 Etheridge, who shared Beckett and Bailey with her former partner Julie Cypher, announced the 21-year-old’s death on Twitter.

‘Today I joined the hundreds of thousands of families who have lost loved ones to opioid addiction. My son Beckett, who was just 21, struggled to overcome his addiction and finally succumbed to it today,’ the singer, 58, wrote.

‘My heart is broken … We struggle with what else we could have done to save him, and in the end we know that he is out of the pain now.’ 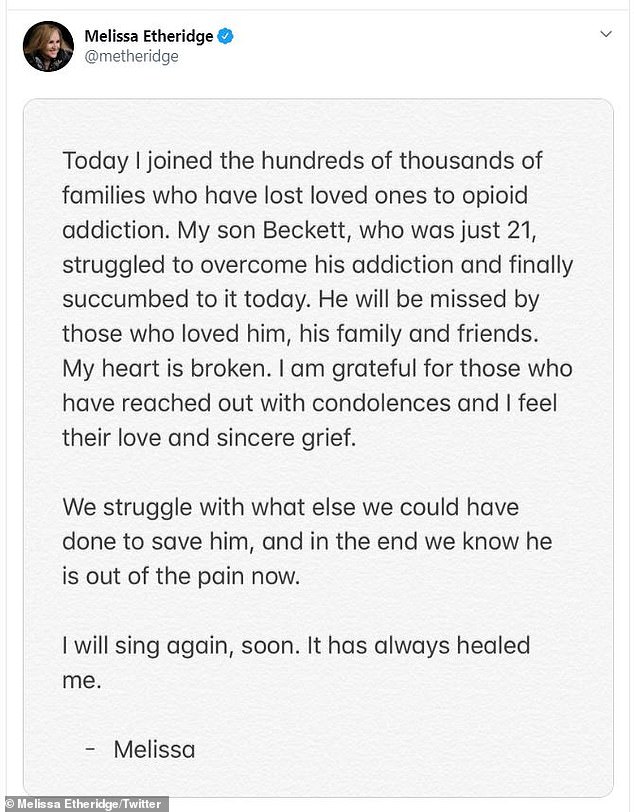 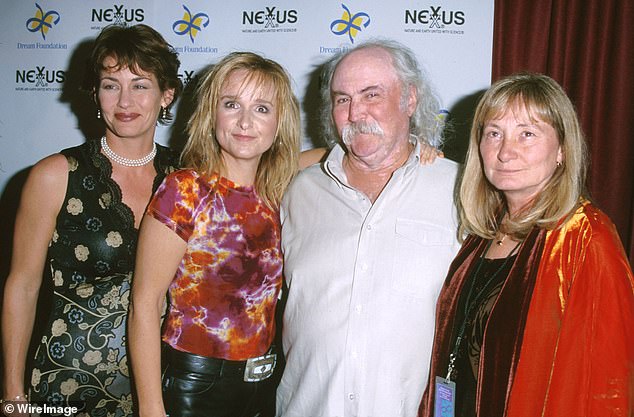 Beckett and Bailey were raised by Etheridge and her former partner Julie Cypher. Their biological father was rocker David Crosby. Cypher and Etheridge are pictured with Crosby and his wife Jan at an event in Santa Monica, California, in September 2000

Etheridge had been performing Facebook Live concerts and offering virtual guitar lessons during the coronavirus lockdown.

The devastated star has naturally put her planned remote appearances on hold as she deals with the loss of her beloved child.

But she promised: ‘I will sing again, soon. It has always healed me.’ 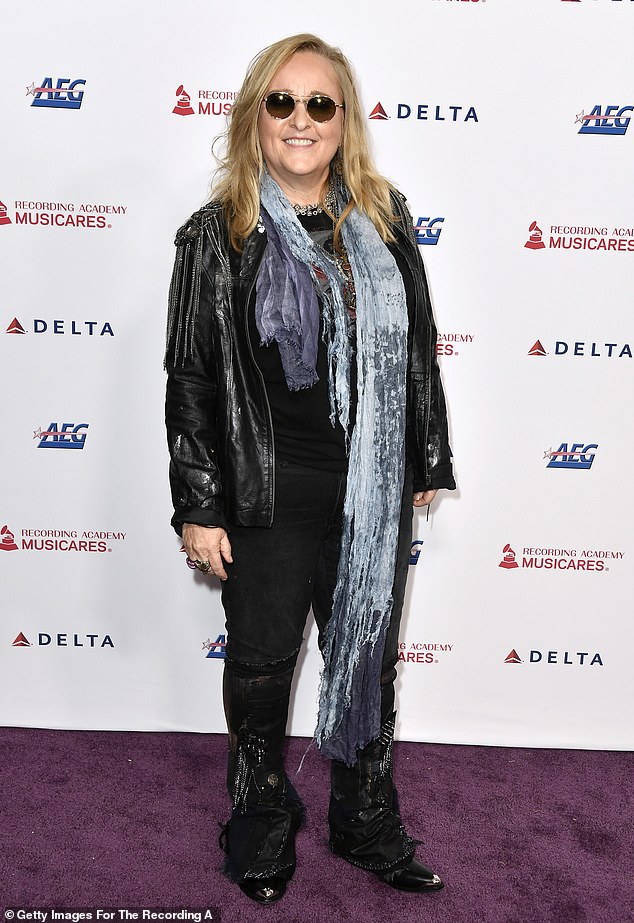 Etheridge had been performing Facebook Live concerts and offering virtual guitar lessons during the coronavirus lockdown. She’s pictured in January

Etheridge and Cypher got together in 1990 after Cypher left her then husband actor Lou Diamond Philips to live with the musician.

Cypher gave birth to daughter Bailey in February 1997 and Beckett in November 1998.

The children were conceived via artificial insemination and it was later revealed that rock legend David Crosby was the sperm donor. 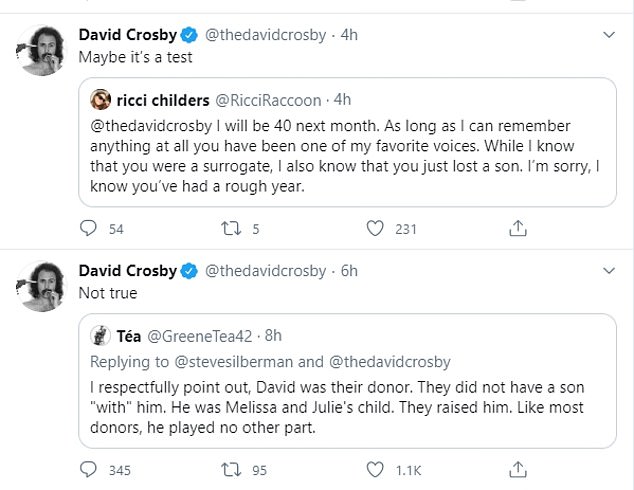 Speaking out: David spoke out after the news was confirmed as he responded to a tweet from a fan reading: ‘I respectfully point out, David was their donor’

Crosby spoke out after the news was confirmed as he responded to a tweet from a fan.

‘I respectfully point out, David was their donor,’ the fan wrote. ‘They did not have a son “with” him. He was Melissa and Julie’s child. They raised him. Like most donors, he played no other part.’

When another Twitter user wrote: ‘@thedavidcrosby I will be 40 next month. As long as I can remember anything at all you have been one of my favorite voices. While I know that you were a surrogate, I also know that you just lost a son. I’m sorry, I know you’ve had a rough year,’ David responded: ‘Maybe it’s a test’. 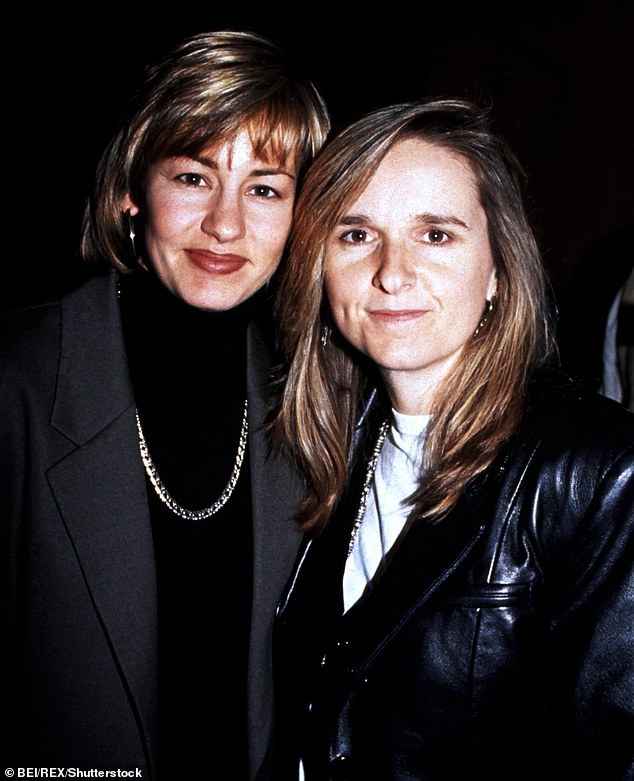 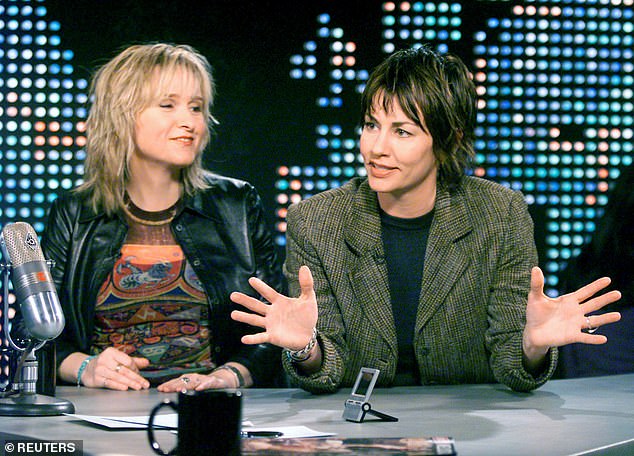 Etheridge and Cypher got together in 1990 after Cypher left her then husband actor Lou Diamond Philips to live with the musician. They broke up in 2000

During their relationship, Etheridge and Cypher were high-profile activists for gay rights.

In a 1994 interview with The Advocate, Etheridge explained their desire to have children together.

‘I think one of the many fears people have about homosexuality is around children. I think that the more gay parents raise good, strong, compassionate people, the better the world will be,’ she explained.

Etheridge and Cypher split in 2000.

The singer went on to have twins in 2006 with new partner Tammy Lynn Michaels. They started dating in 2002 and announced their separation in 2010.

Cypher has been married to Matthew Hale since 2004.

Rosanna Arquette expressed her shock at the sad news

Celebrities have been swift to offer their condolences to the I’m The Only One and Come To my Window hitmaker.

‘Oh my God oh my God no. Prayers and love to Melissa Rest In Peace dear Beckett,’ Rosanna Arquette wrote on Twitter.

George Takei shared: ‘My heart is heavy for Melissa Etheridge, whose son Beckett Cypher has died at the young age of 21. Nothing is harder than a parent losing their child. We are with you, Melissa.’ 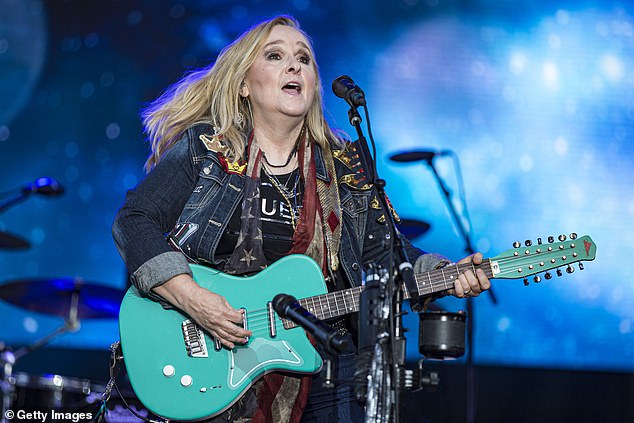