An obese woman who was forced to wear maternity clothing due to her size has shed half her body weight in a jaw-dropping transformation.

At just 18 years old, Melissa Mouawad was forced to wear size 24 maternity clothes as they were the only outfits that fit her dangerously obese 135 kilogram frame.

‘They had the big elastic band in the waist. It was the only way I could be comfortable,’ she said.

‘It’s embarrassing to think about, but I had no other choice.’

But the inspirational 29-year-old from Sydney is now healthier than ever after overhauling her diet and shedding an incredible 65 kilograms and dropping six dress sizes. 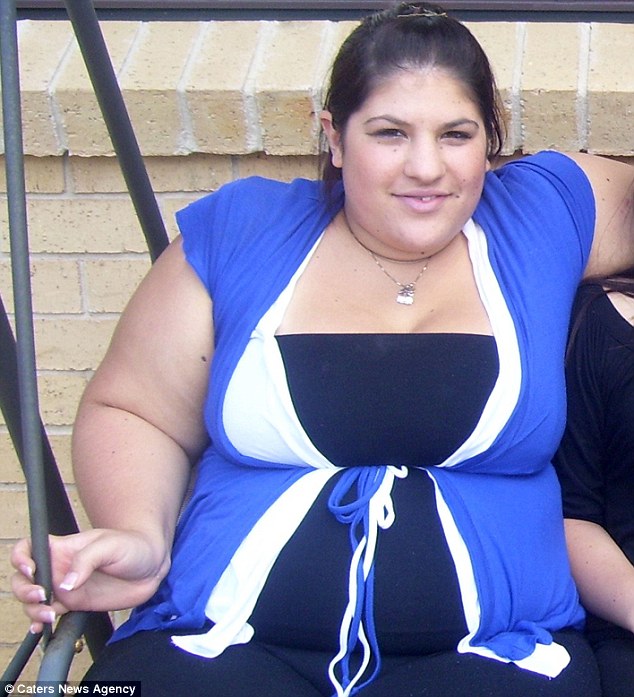 Ms Mouawad revealed her weight problems had begun in childhood and that as a young girl she had been been obsessed with food.

‘As a child would often sneak treats from the kitchen into my bedroom, so I could eat it later on,’ she said.

‘I’d binge on a dozen doughnuts, fast food, blocks of chocolate and soft drinks each night.’

Her weight slowly and steadily crept up and by the time she was 18, she tipped the scales at 135 kilograms.

She said doctors were concerned about her situation and were urging her to change as her situation could prove fatal in not addressed.

‘It wasn’t until doctors warned that I could have a heart attack any moment and was on the brink of developing diabetes that I realised I needed to change my ways,’ she said.

‘I was so frightened and from that moment I decided to change my lifestyle.’ 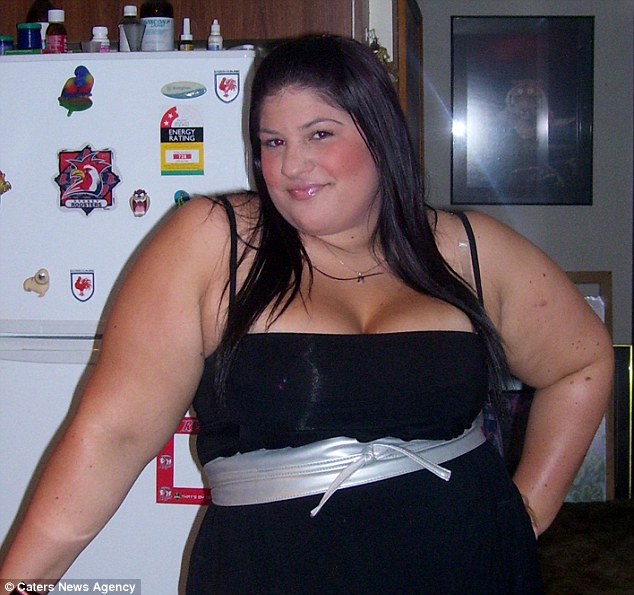 At 18 she tipped the scales at a staggering 135 kilograms, and says her doctors warned her situation could be fatal

She revealed although she was motivated to change, she had no guidance or knowledge about how to lose weight.

It took her years of trying different diets and exercise plans – many of which caused her weight to fluctuate – before hitting on the perfect health plan for weight loss five years ago.

This plan involves counting her calories and monitoring her carbohydrate, protein and fat intake. 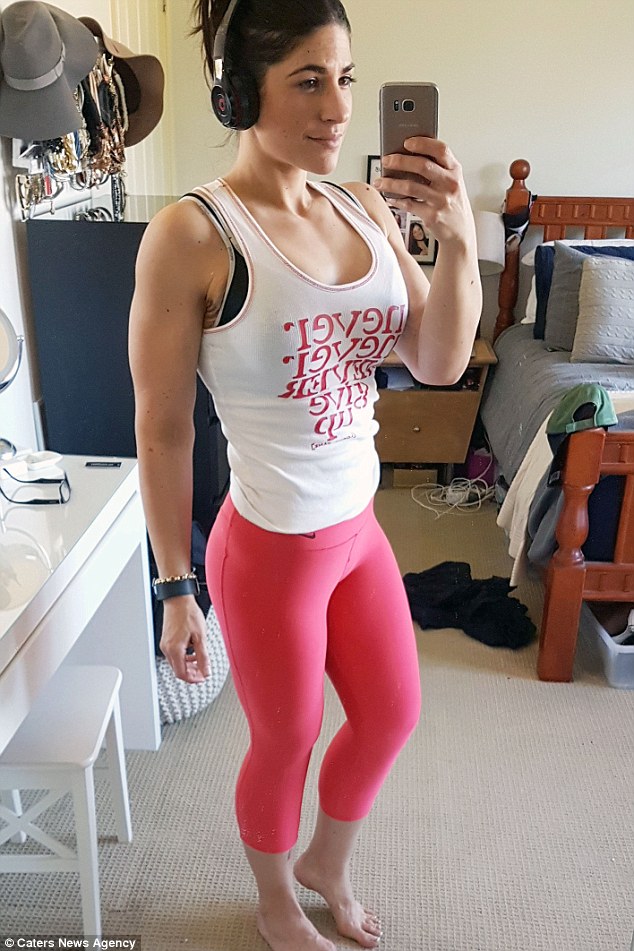 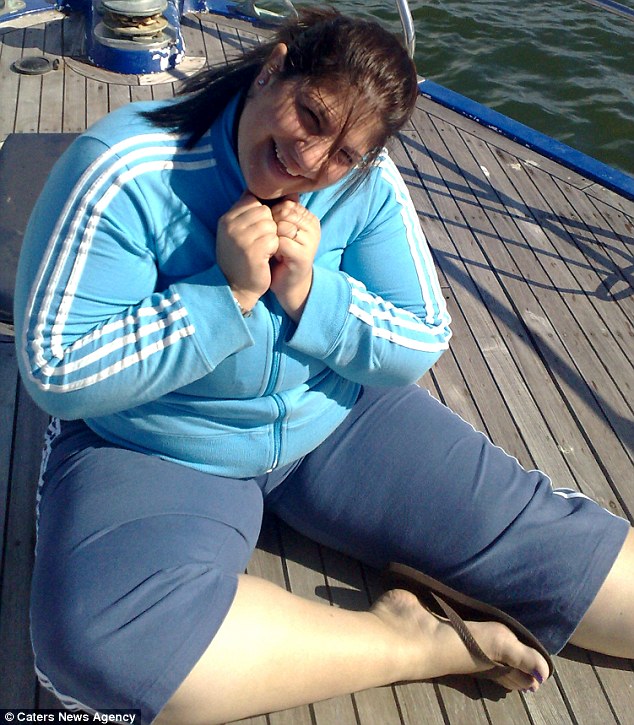 ‘I went to fitness classes wearing my maternity gym clothes and just stayed in the back trying to keep up,’ Ms Mouawad said of her earliest efforts

Alongside this, 29-year-old also embraced a a fitness regime in order to tone her physique.

‘I began working out in the gym and monitoring my diet, from there the weight began falling off,’ she said.

‘I went to fitness classes wearing my maternity gym clothes and just stayed in the back trying to keep up. I was ashamed of my body but was determined to try my best.

‘After a while, I gradually moved to the front of the class. Then I moved onto cardio, and eventually weight training.

‘I’m fitter than I’ve ever been, and I can’t believe my body can move the way it does now. 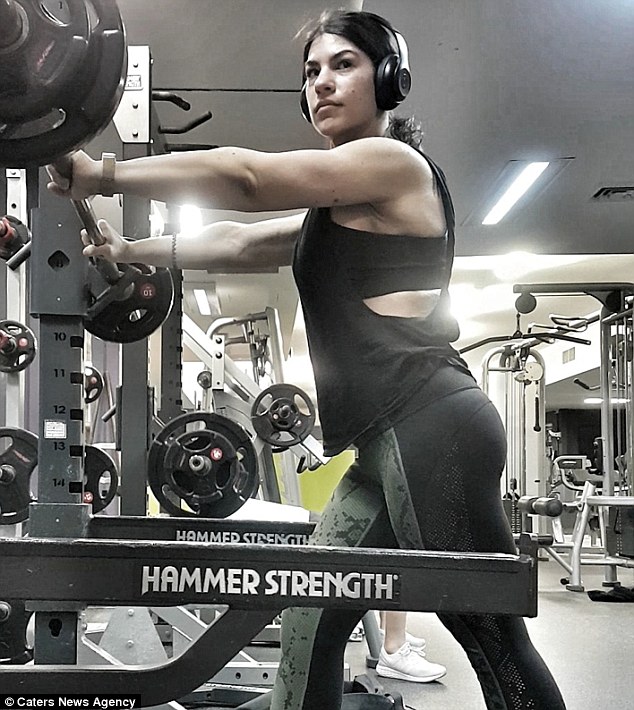 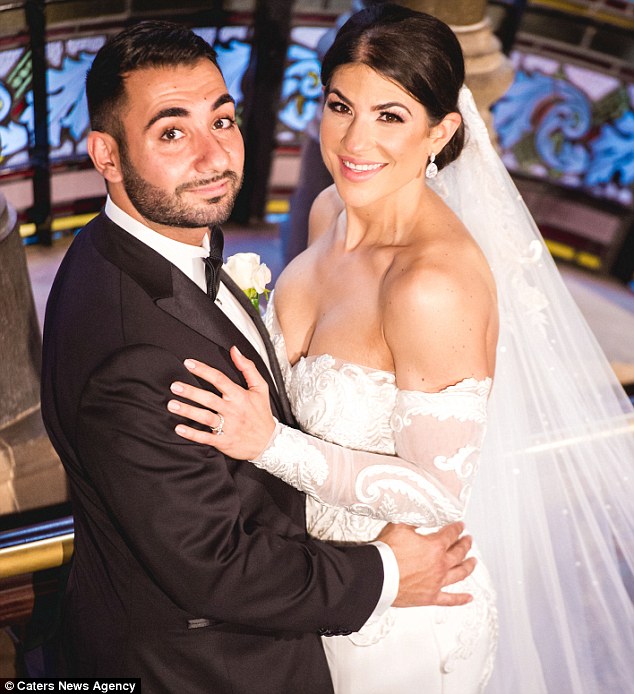 Ms Mouawad works out six days per week for an hour, with a major focus on weight lifting to tone her physique along with some cardio to stay healthy.

Through her dedication to change, the executive assistant is now completely unrecognisable and more confident than ever flaunting her brand new 70 kilogram size 10 figure.

And she even got married to the love of her life Edward Mouawad, 30, in June last year – tying the knot with her ‘dream body’ fitting into her size 10 wedding dress.

Ms Mouawad’s day on a plate before:

Dessert: Block of chocolate and a tub of icecream

Ms Mouawad’s day on a plate after:

‘Not only do I look so different, but my personality has changed so much for the better. I used to be really shy, timid and not want anyone to see me.

‘But now I have more confidence, I’m outgoing and I’m just happy and loving life.

‘It felt amazing to throw out all my old maternity clothes. Now I can shop wherever I want and I’m able to have a lot more style and fashion sense than I ever did before.’ 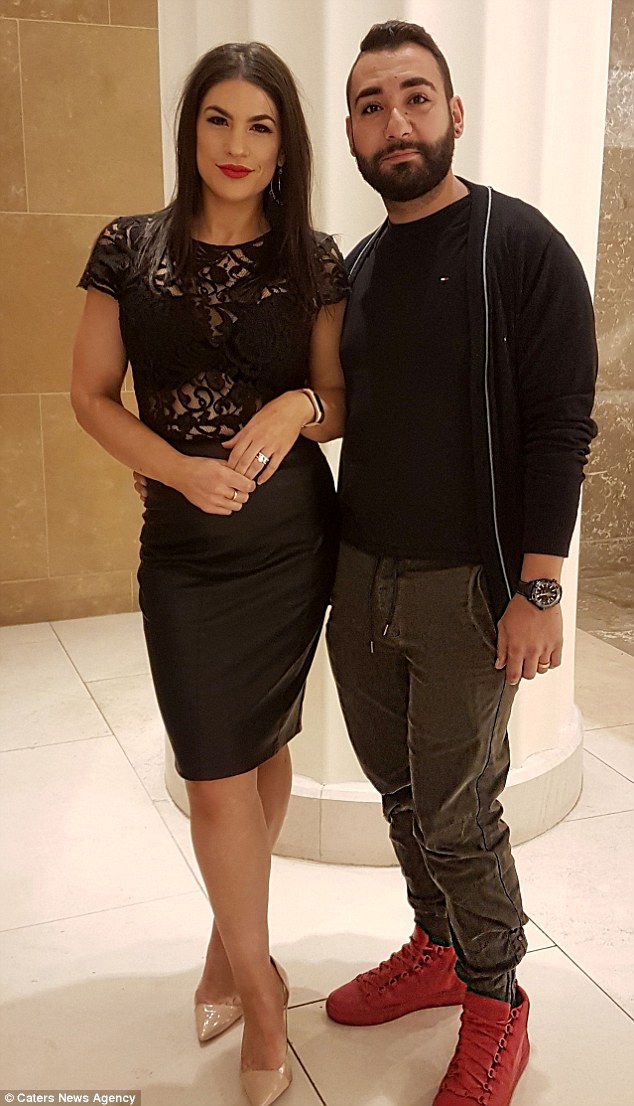 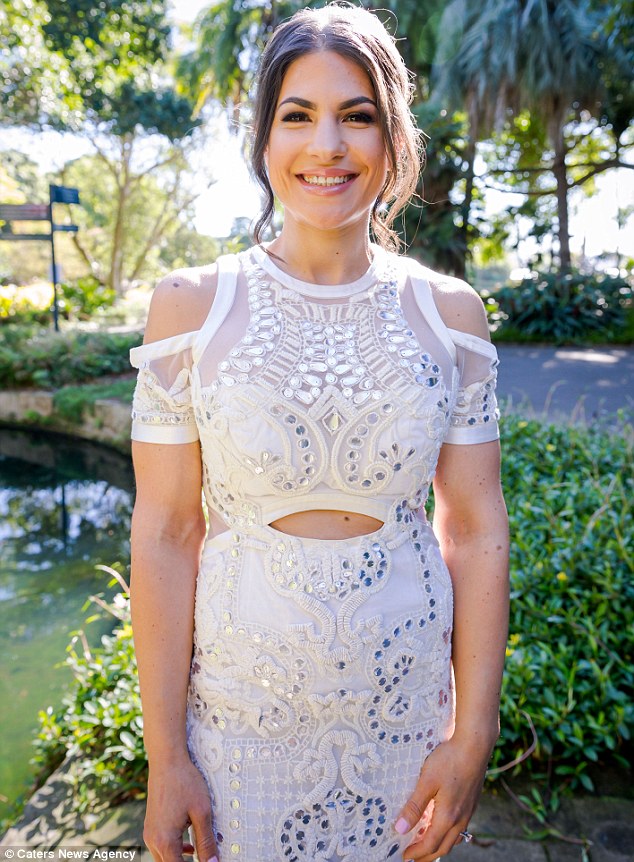 ‘Not only do I look so different, but my personality has changed so much for the better,’ Ms Mouawad said

Offering her advice to others who may be considering a similar journey, Ms Mouawad recommends taking a slow and gradual approach – one she says is ‘far more sustainable’.

‘Losing the weight was the best decision I ever made and now I feel like I’m really living my life.

‘My life has completely changed. I feel like a totally different person now to who I was ten years ago.

‘You have to want it really bad and just stay focused on your goals and happiness,’ she concluded.