Married At First Sight’s Melissa Rawson and Bryce Ruthven have revealed they will skip their podcast this week while they take a ‘mental health break’.

The couple shared a joint statement on Instagram on Monday, saying it was difficult to withstand constant personal attacks on social media.

‘We’re having a mental health break this week. We’re not robots built to wear constant online attacks, we’re human like the rest of the population,’ they said.

Upset: MAFS Melissa Rawson, 32, (L) and Bryce Ruthven, 30, (R) have cancelled their podcast this week as they released a joint statement about mental health on Monday

The reality stars then reminded their followers to be kind to others.

‘It doesn’t cost anything to be kind. Thinking about how your “opinion” could affect someone else shows more strength than attacking people you don’t know,’ they said. 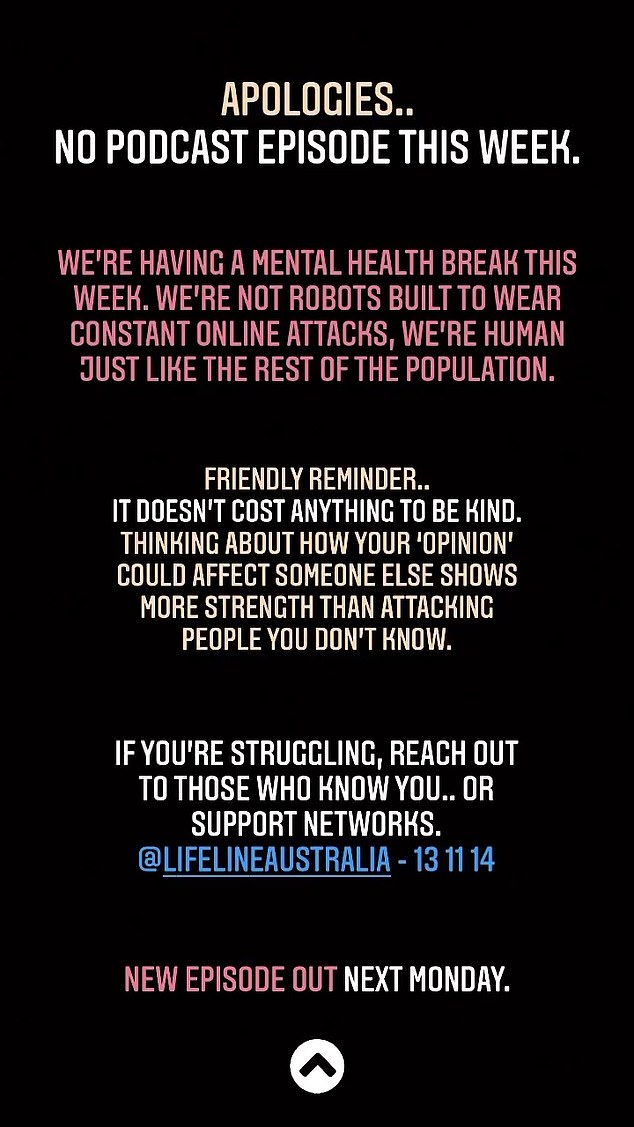 Struggle: ‘It doesn’t cost anything to be kind. Thinking about how your opinion could affect someone else shows more strength than attacking people you don’t know,’ the pair wrote

The MAFS stars have been open about their mental health struggles since appearing on the controversial Channel Nine show.

Melissa has accused female trolls of making her feel unsafe and gaslighting her by constantly criticising her relationship with Bryce.

Posting to Instagram this month, she reposted a message she’d received from a fan who felt sorry for the couple amid the incessant trolling. 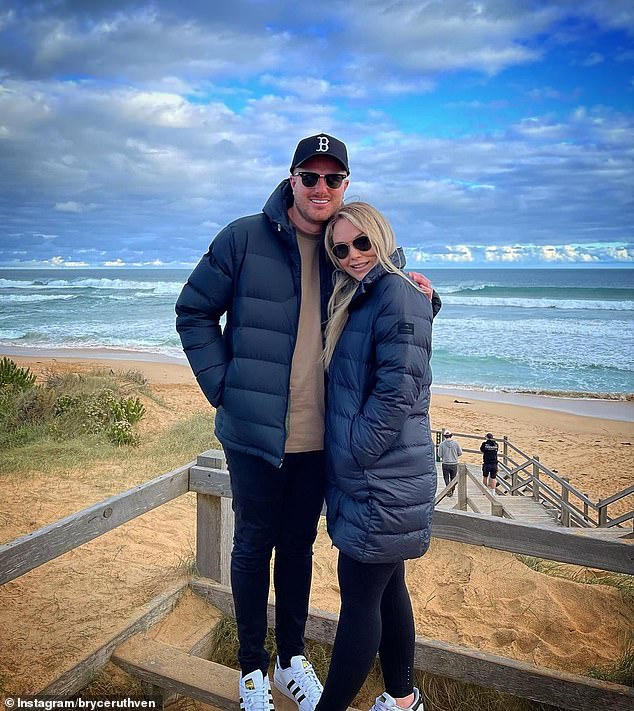 Upset: The pair went on to give the number for Lifeline to their fans. The couple have been open with their mental health journey post appearing on the show

Melissa responded to the comment by condemning people who ‘spew hate’ and ‘send DMs threatening to harm’ her and Bryce.

‘My mental health is not okay. There are a few women who continuously drag myself/Bryce/us over and over again in their comments, posts or tags,’ she said.

‘They think that is entertaining and have no idea the damage it does to myself and everyone that I love or that knows Bryce or myself as an individual or as a couple.’ 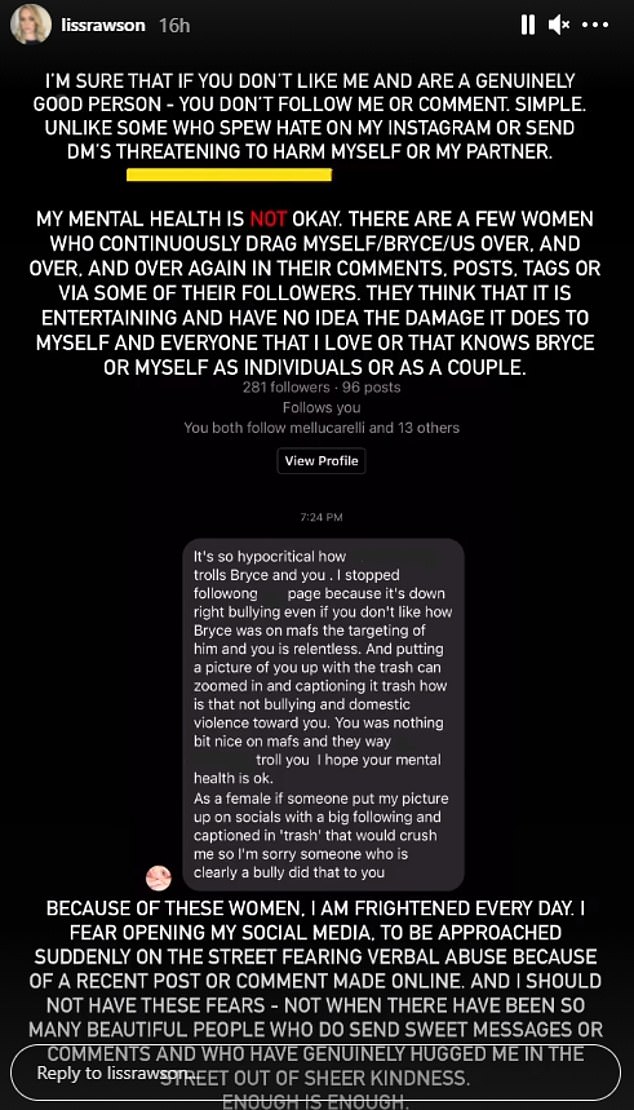 Fears: ‘There are a few women who continuously drag myself/Bryce/us over and over again in their comments, posts or tags,’ she wrote on Instagram Stories

The Melbourne-based workplace trainer went on to say she feels ‘frightened every day’ because of these women.

‘I fear opening my social media,’ she wrote. ‘I [fear being] approached suddenly on the street fearing verbal abuse because of a recent post or comment made online.

‘I should not have these fears, not when there have been so many beautiful people who send sweet messages or comments and have genuinely hugged me in the street out of sheer kindness. Enough is enough.’ 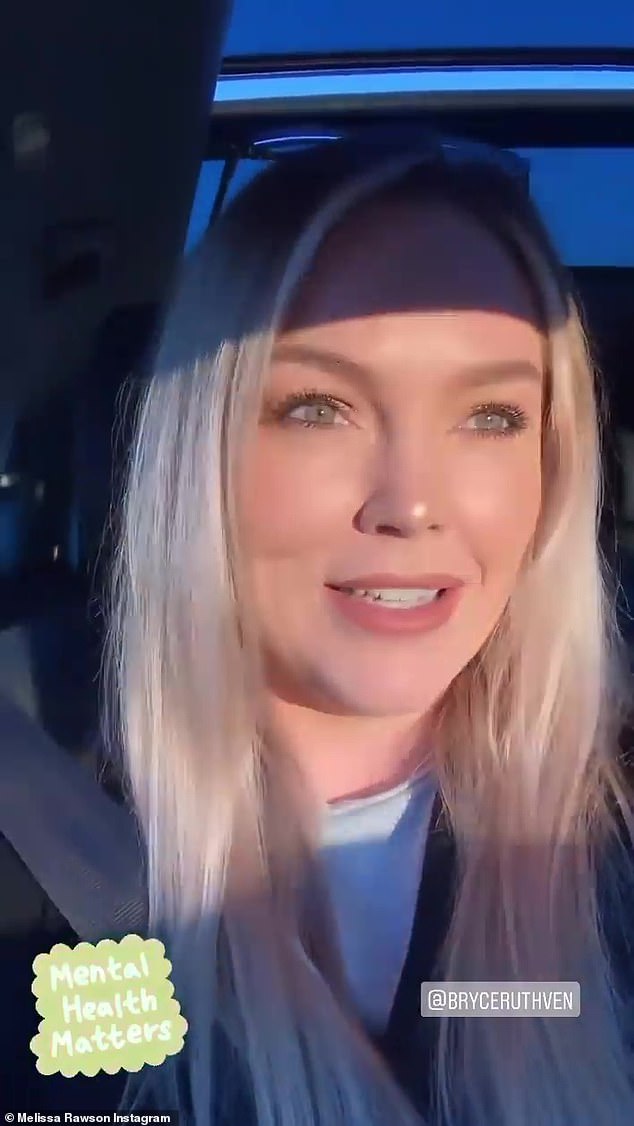 Wellness: It comes after Melissa revealed that she has had a social media break to take care of her mental health earlier this month

It comes just days after Melissa told fans she’d been away from social media because of online trolling.

‘I’ve been off social media for a couple of days, just been on a bit of a break,’ she said in a video shared to Instagram.

The footage was stamped with an image which read: ‘Mental health matters.’ 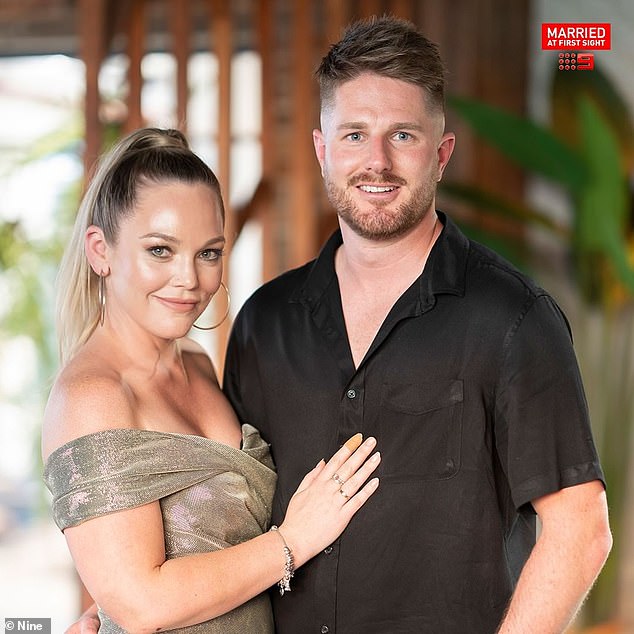 Controversial: The couple appeared on the last season of Married At First Sight (pictured)