Melissa Rivers has opened up about her fears for her 20-year-old son Cooper Endicott’s mental health, saying they have had many conversations about her father’s suicide and how there is a ‘genetic component’ he needs to be aware of.

The 53-year-old daughter of iconic comedian Joan Rivers and TV producer Edgar Rosenberg has been candid with her only child about depression and suicide, but she admitted it was difficult to keep the lines of communication open during the COVID-19 pandemic.

Honest: Melissa Rivers, 53, has opened up about her concerns for her 20-year-old son Cooper’s mental health after losing her father to suicide 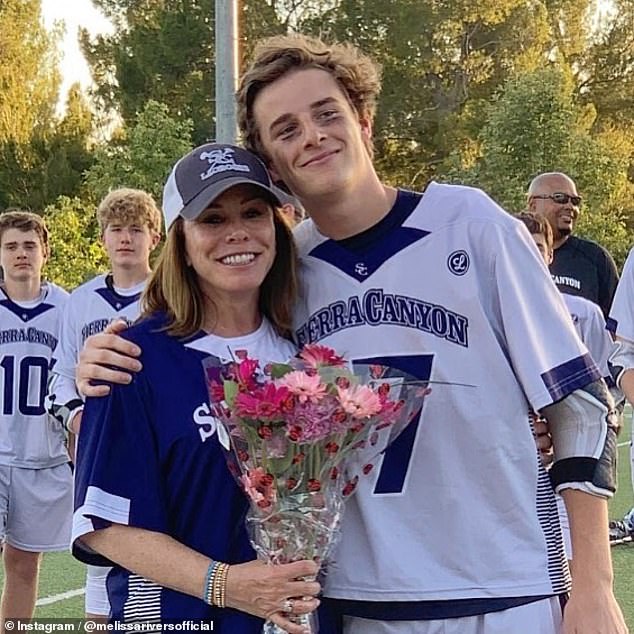 Honest: Rivers (pictured with Cooper) admitted the alarming rise in teen suicides has her living in ‘fear’

Cooper was in his freshman year of college when he had to leave school and go into lockdown with his mother, which was a struggle for both of them.

‘It was scary. With my son, I had to really encourage conversation, because he’s not the kind of kid that does that, yet he’s very, very sensitive,’ she explained ‘We had to talk about how hard it was, and encourage him and his friends to have these conversations.’

Suicide attempts among 12- to 17-year-old surged during the pandemic, particularly among girls, according to recent study Centers for Disease Control and Prevention. 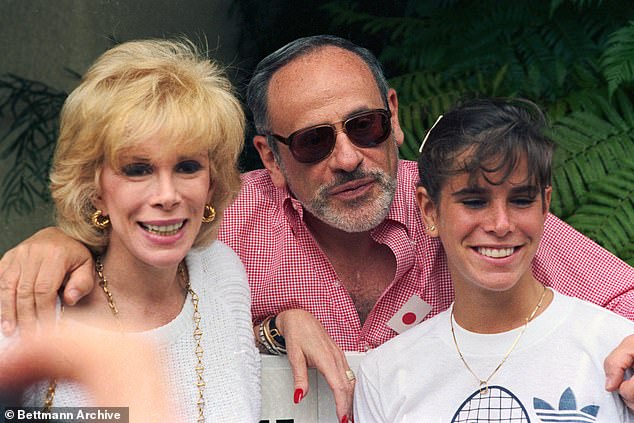 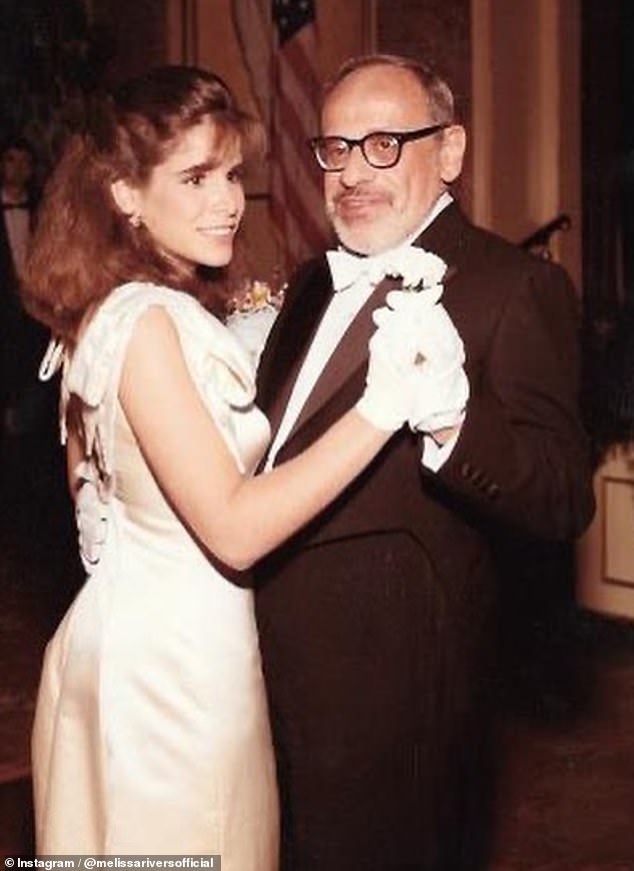 Heartbreak: The mental health advocate was just 18 when she lost her father to suicide in 1987, and she admitted the alarming rise in teen suicides has her living in ‘fear’

Rivers, who has been a mental health advocate since she lost her father to suicide in 1987, admitted that it was stressful for her to be a source of comfort during a time of such uncertainty.

‘It puts so much pressure on the parent. At least it did for me, because I had to be the strong one. I had to be the [one saying], “It’s okay, we’re going to get through this,”‘ she said. ‘And there were times that I said to him, “You’re miserable being here — trust me, I’m not so happy being trapped in the house either.”‘

Rivers was only 18 when her father died by suicide at age 62. She and her comedian mother Joan worked to shatter the stigma surrounding depression and suicide by speaking openly about their loss.

The mother of one said frank conversations about mental health struggles have ‘always’ been a part of her relationship with her son, but quarantine ‘pushed it to the forefront.’

‘We’ve talked very openly for years about surviving the suicide of my father, how it is not a solution, and the damage it leaves behind. … I’m really honest with the stories about what I went through, and what my mother went through, the issues it’s caused, and the things that I have to be aware of as an adult,’ she said. 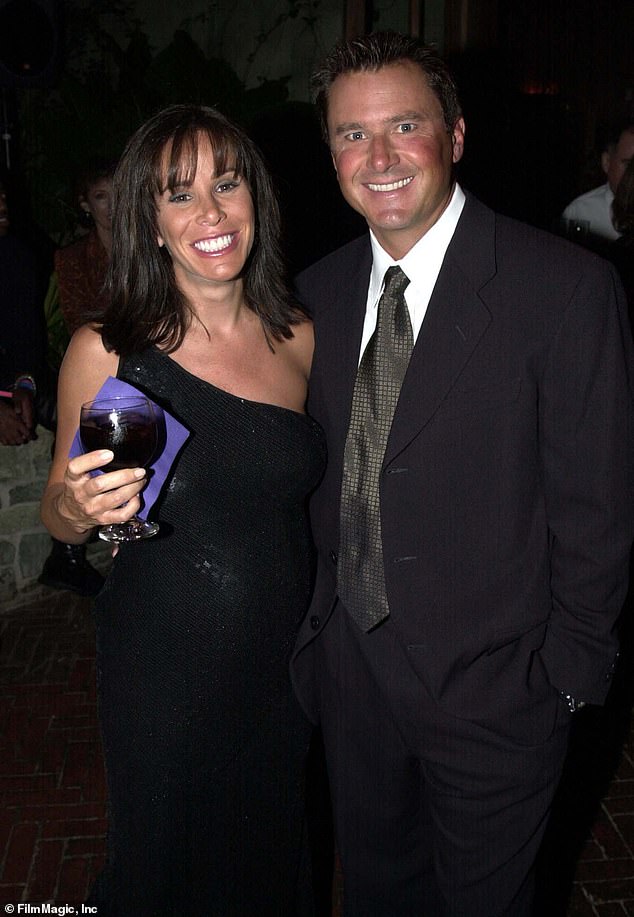 Co-parents: Cooper is Rivers’ only child with her ex-husband John Endicott, whom she was married to from 1998 to 2003 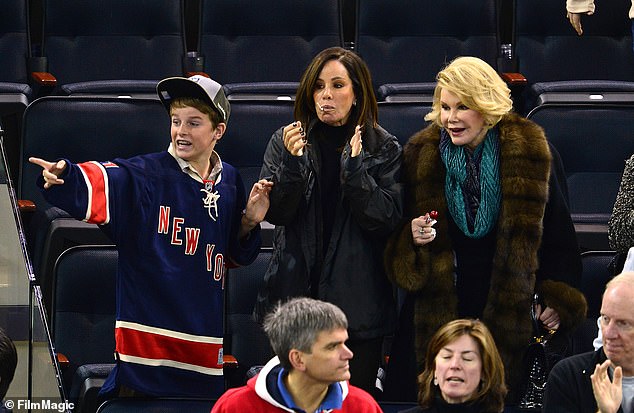 Open: Rivers shared that she has had a number of conversations with Cooper about her father’s depression and the effect his suicide had on her and her mother (pictured in 2013)

‘I have abandonment issues that are very difficult for me at times for different reasons in my life, but my dad killing himself when I was 18 years old — it affects you. So it’s always been a very big discussion in our house.’

Rivers noted that any time there is a ‘very public suicide,’ she will talk about it with Cooper, saying he ‘has the vocabulary to discuss it.’

She has also made sure he is well aware of the ‘bigger umbrella’ factors that contribute to suicide risk and how they pertain to him.

‘I don’t think mental illness per se runs in our family. … I always am very careful about the implications of [saying] that, which can be so negative rather than saying, “Hey, my father suffered from depression, and we didn’t know it until it was too late and we had already survived his suicide,”‘ she said. 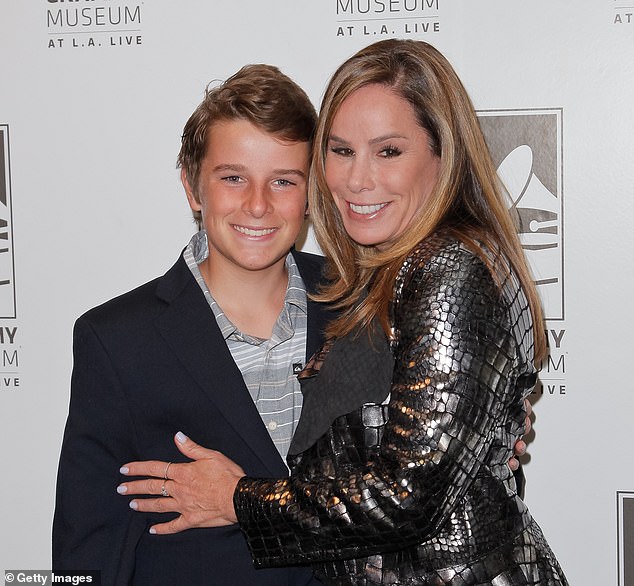 Looking back: Rivers (pictured with Cooper in 2015) said frank conversations about mental health struggles have ‘always’ been a part of her relationship with her son 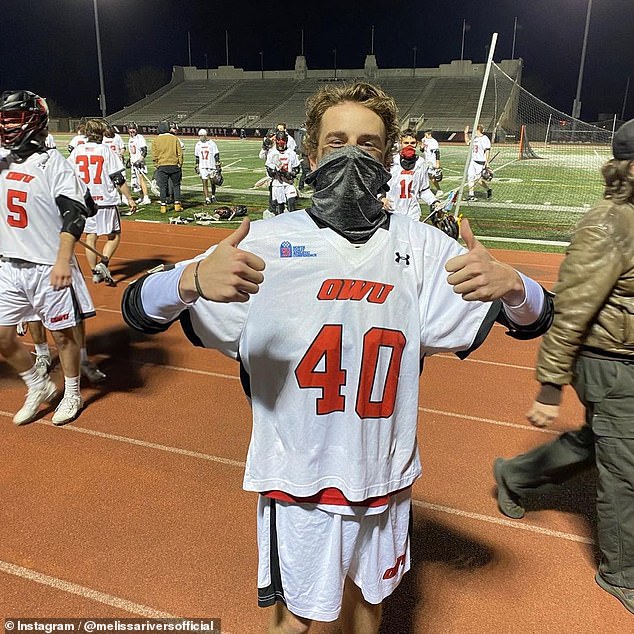 Warning: Rivers has also made sure Cooper’s aware of the ‘bigger umbrella’ factors that contribute to suicide risk, explaining there can be a ‘genetic component’ to depression

Rivers will pay tribute to the 2,160 lives lost to suicide each day at the Alive Together: Uniting to Prevent Suicide event that will be live-streamed globally from Exposition Park in Los Angeles on Sunday.

As part of her advocacy, she is also a board member of Didi Hirsch, a non-profit in Los Angeles that offers free mental health, suicide prevention, and substance abuse rehabilitation services.

‘You can save a life today,’ she said. ‘Literally, you can make a difference today.’

The National Suicide Prevention Lifeline is a United States-based suicide prevention network of over 160 crisis centers that provides 24/7 service via a toll-free hotline with the number 1-800-273-8255.

It is available to anyone in suicidal crisis or emotional distress.