Member of feared Adams crime family ‘blasted rival in the stomach with handgun over £200,000 debt’

The son of a member of a notorious crime family blasted a rival in the stomach with a handgun, a court heard.

Salih managed to disarm Mr Adams – the son of Patrick ‘Patsy’ Adams – without realising he had been shot.

He then ran back to the car parked on Twyford Street and was driven by his friend to a café to clean his wounds.

Scared police would find him with the gun he wrestled from Mr Adams, he chucked it out of the window but kept the 8mm bullets, Blackfriars Crown Court heard.

Doctors at North Middlesex University Hospital decided it was too dangerous to remove the bullet and he still has it inside him.

Salih admitted possession of ammunition without a firearms certificate and possession of cocaine and other drugs recovered by police from his home later that day. 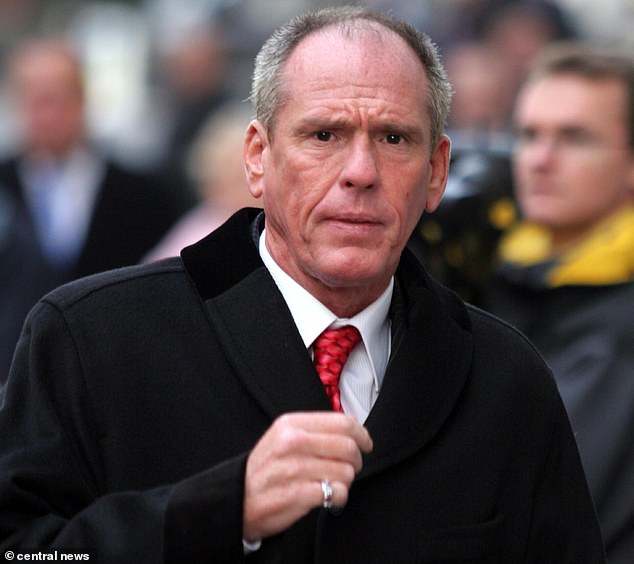 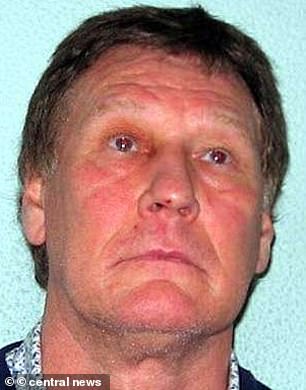 Patsy Adams, now 62, is currently serving a nine year jail term for shooting Paul Tiernan in the chest with a .45 calibre gun in December 2013.

Liam Walker, defending Salih, said: ‘Mr Salih pleads guilty on the basis that Mr Adams, whose house he visited, is a member of an organised crime group known as the A-Team.’

Salih had received threatening messages telling him to give Adams £200,000 or he and his family would be hurt, the court heard.

Patsy Adams: the crime boss whose shooting victim said being called a ‘grass’ hurt more than the bullet 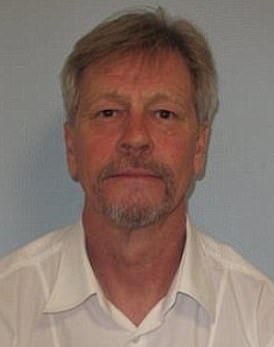 Patrick ‘Patsy’ Adams was jailed in 2016

Adams, believed to be second in command in the infamous crime family, admitted shooting his victim after being found hiding in Holland.

But at his 2016 trial he was cleared of attempted murder, after his victim refused to cooperate with police.

Tiernan said he believed ‘loyalty is everything’ and that being called a ‘grass’ hurt more than being shot.

Tiernan has even reportedly said that he didn’t believe Adams fired the bullet – but the crime boss admitted causing grievous bodily harm with intent and was sentenced to nine years.

Police who searched Adams’s flat in the days after the shooting found a handwritten note from Mr Tiernan, 54, which said ‘I ain’t no f****** grass’ and urged his former friend to ‘face me’.

After the shooting Adams later fled abroad with his wife Constance, 56, before the pair were extradited from the Netherlands. Mrs Adams did not face any charges.

Mr Walker added: ‘The defendant thought he could not go to the police because of the reputation of his family.

‘Mr Adams began arguing and verbally abusing the defendant – there was some shouting. The defendant said he was there to talk. Mr Adams was armed with a gun and a scuffle ensued.

When Salih got into the car to escape he had several cartridges, one with his blood on.

Mr Walker told the court a witness to the shooting told Adams: ‘You missed’.

The barrister added: ‘Plainly he didn’t.

‘He was bleeding in the car being driven by his friend and rather sensibly thought “I don’t want to have a gun on me”.’

When police searched Salih’s home, they found the ammunition, along with cocaine, opium, cannabis and Alprazolam which is used to calm anxiety.

Judge Peter Clarke, QC, remarked: ‘I don’t follow why your client did not contact Patsy Adams to intervene on his behalf.’

Mr Walker said Patsy was in custody but the judge quipped: ‘Well does not usually serve as a barrier.’

Sentencing Salih, the judge added: ‘I am troubled by the entire atmosphere of this case. I am not sending you to prison, instead I am going to impose a suspended sentence.

‘It will be nine months on the ammunition and one month concurrent on each of the drugs offences. That will be suspended for 21 months.’

Salih admitted possession of ammunition without a firearms certificate.

He also admitted possession of 27 tablets of Alprazolam, 26.9 grams of cannabis, 3.02 grams of cocaine and 1.83 grams of opium.

He was sentenced to ninth months prison suspended for 21 months and ordered to pay prosecution costs of £500.

The gun was never recovered by police.

Earlier this month Terry Adams, the 64-year-old former head of the Adams Family, was jailed for 12 months for failing to pay £50,000 towards a court bill.

He quickly settled the order and was freed.

The crime lord had been jailed for seven years in 2007 after a £10m police surveillance operation and was ordered to pay nearly £750,000 of his ill-gotten gains to the state.

The Adams Family: how London’s ‘A-team’ crime clan are linked to murders, drug deals, and robbery 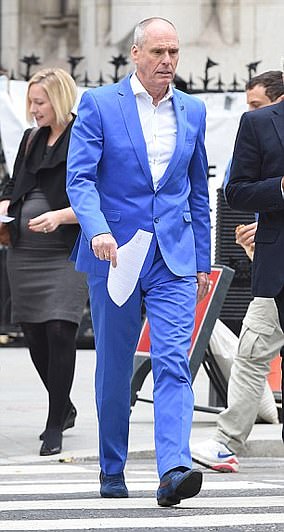 Linked to at least 25 murders, extortion rackets, drug dealing and armed robberies, the group is said to be headed by Terry, who prefers to be known as Terrence.

He is the eldest of 11 children born to Irish-Catholic parents in Islington, north London, in the 1950s and 1960s.

The brothers are said to have graduated from petty theft to extortion from market traders to armed robbery.

The gang was linked to the shooting of the Krays’ notorious chief henchman, Mad Frankie Fraser.

Wensley Clarkson, author of a book on Britain’s gangs, said: ‘The Adamses are probably the last of the old-school British crime families.

‘They’re a bit like the Sopranos – they made their money and then sent their children to private schools, bought art, invested in legal businesses.

‘Terry, in particular, is very bright. In another era, another world, he could have been head of a major international corporation, and that’s how these people see themselves, in a way.’

Terry Adams was jailed for seven years in 2007 after a £10m police surveillance operation and was ordered to pay nearly £750,000 of his ill-gotten gains to the state.

Patsy Adams was jailed for nine years in 2016 for attacking Paul Tiernan, whom he had accused of being a ‘grass’.

Tommy Adams was jailed for seven years in 2017 for money laundering.

The organisation, known as the Adams Family, A-team or the ‘Clerkenwell Crime Syndicate’, became one of the most powerful crime gangs in London.

Other siblings have not been connected with the crimes of their brothers.