Memorial Drive review: Natasha Trethewey has crafted an indelible memorial to her mother

In 1985, when Natasha Trethewey was 19, her former stepfather shot and killed her mother at point-blank range at their home in Atlanta. Afterwards, Trethewey locked the door on her past, going on to become a two-time poet laureate of the United States.

But even as she thought she was fleeing the trauma, she was in fact working her way steadily back to it. Decades later, returning to Atlanta for a university teaching post, she’s compelled to confront her willed amnesia.

This powerful memoir is the result. A journey through searing personal grief, its scope is broadened by sharp insights into domestic abuse and racism, and through a keen exploration of the transformative power of storytelling. 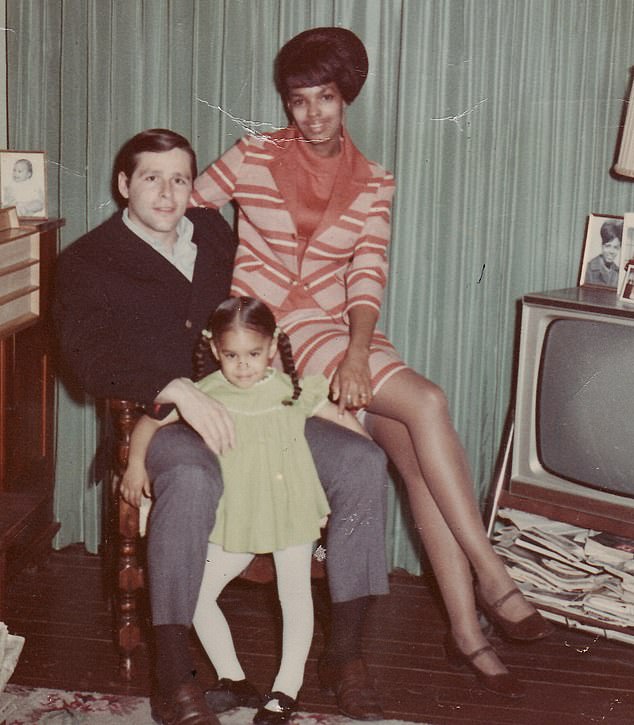 A journey through searing personal grief (A young Natasha with her father, the poet Eric Trethewey, and her mother, social worker Gwendolyn, above)

Gwendolyn Ann Turnbough was raised in America’s segregated South by a fierce, smart single mother who refused to be cowed when Klan members burned a cross in her driveway.

She was ringed by extended family, and when she married Eric Trethewey, a fellow student who just happened to be white (interracial marriage was illegal in Mississippi until 1967), those same aunts and uncles doted equally on light-skinned Trethewey, the baby that followed.

After Gwen’s marriage broke down, she moved with her daughter to Atlanta. Trethewey was seven when Joel Grimmette, a controlling, violent Vietnam veteran entered their life.

He soon began tormenting her. He’d invade her private space, breaking the lock on her diary and leaving her hairbrush flecked with his dandruff. Left alone with him, he’d sadistically tell her he was going to have her committed, forcing her to pack a bag and driving her in long loops round the bypass that rings Atlanta before finally taking her home.

Trethewey won the 2007 Pulitzer Prize in Poetry for her 2006 collection Native Guard, which was inspired by and dedicated to her late mother.

Trethewey remains mystified by her failure to tell her mother. Was it just that she liked to think of herself as a ‘good girl’, and didn’t want to spoil her mother’s apparent newfound happiness?

It’s one of several sources of gnawing guilt, too: if she hadn’t stayed silent, perhaps her mother would have left the marriage soon enough to save herself. But later, when Trethewey hears Joel beating Gwen and tells a beloved teacher, she’s fobbed off.

It’s the first of many occasions when figures of authority let Trethewey and her mother down, culminating in the cop whose job it was to watch Gwen’s apartment after Joel was freed from jail following his first attempt at murdering her.

On the morning he succeeded, the cop had knocked off early.

While Memorial Drive is not a long book, Trethewey finds space to weave in dreams, myths and talismanic images along with police transcripts, spinning an account that is as full of omens as a Greek tragedy, and setting it to a soundtrack of her mother’s favourite albums by The Temptations, Al Green, Jimi Hendrix.

This is spare, spellbinding storytelling, and even though institutional indifference helps make its tragic denouement inevitable, it’s as gripping as any thriller.

‘To survive trauma, one must be able to tell a story about it,’ Trethewey writes.

In the process of not only surviving but also thriving, she’s crafted an indelible memorial to her mother, sentence by crystalline sentence.

The Sirens Of Mars

This summer, Earth and Mars are in their best positions for travel between the two and there are missions planned by the US, China and the United Arab Emirates. It’s an apt time, then, for planetary scientist Sarah Stewart Johnson to explore our fascination with the red planet, which, thanks to similarities with Earth, has long been a focal point in the search for extraterrestrial life.

Johnson charts the Mars missions that have taken place and the extraordinary characters behind them. Take adventurer Steve Fossett. While testing space equipment in his hot-air balloon in 1998 he was blasted out of the sky by a thunderstorm and plunged 29,000ft into shark-infested waters off the Australian coast. (He was eventually rescued.)

Alongside tales of derring-do are existential concerns. Johnson is preoccupied with ‘how we live out our small, shining moments as human beings on this planet, hurtling through our enormous universe’. 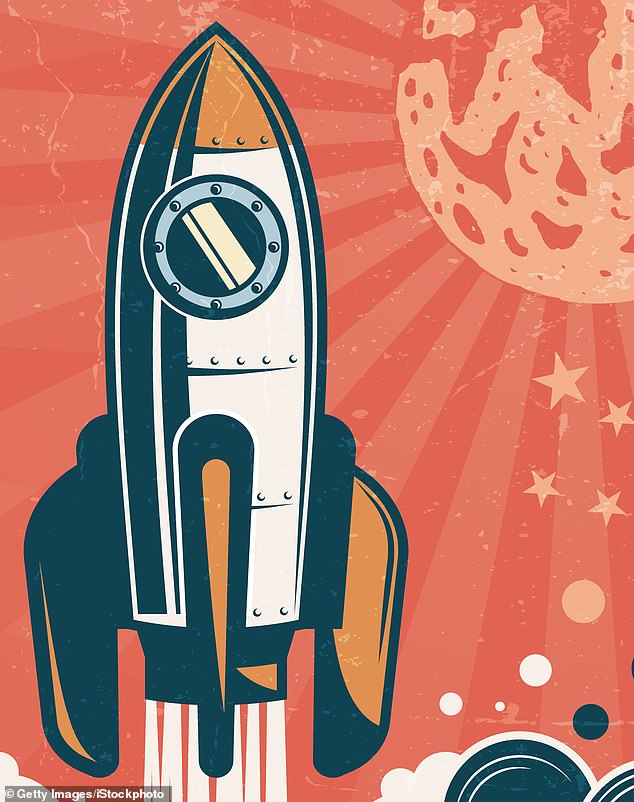 She pinpoints the mind-bending difference in scale between the lives of space scientists and the vastness of the realm they are exploring. While she watches the Nasa rover Curiosity touchdown on Mars just hours after giving birth to her first child – improbably, both events take place on the same day – she reflects that ‘the whole landing was only seven minutes, about the same time it took the obstetrician to tug my son from the womb’.

Johnson’s enthusiasm is infectious and she writes with bewitching lyricism, particularly on what space exploration means to her: the ‘shimmering hope that life might not be an ephemeral thing, even if we are’.