Memphis Depay leads Lyon team-mates on a walk through Manchester park ahead of Champions League clash with his old rivals City… and the ex-United man is still wearing red!

Memphis Depay has returned to Manchester to make a statement ahead of Lyon’s clash with Manchester City in the Champions League.

Hours before things kick off at the Etihad, Depay and his Lyon team-mates enjoyed a stroll through Platt Fields in Manchester while sporting red hoodies with the club’s badge on.

The Dutch forward was seen joking and smiling as he lead the pre-match walk near Manchester United’s old training base, The Cliff, on Wednesday morning. 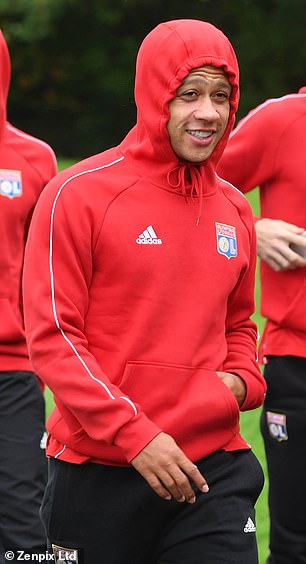 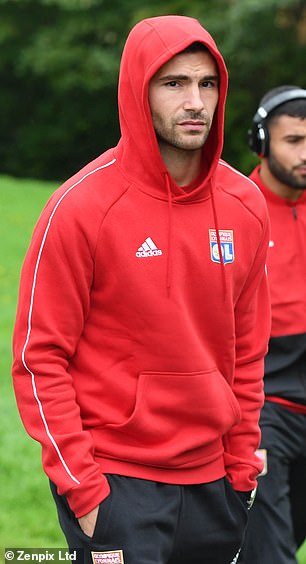 The Ligue 1 side, who are staying at the Crowne Plaza in the city centre, looked calm and collected as they listened to music and chatted with one another.

Lyon boss Bruno Genesio will be hoping for the best start to their European campaign with a win over Pep Guardiola’s City while Depay will be looking to get one over on United’s rivals for old time’s sake.

The 24-year-old has already declared that ‘Manchester is still red’ in the build-up to the game and will look to show his worth on his return to the city. 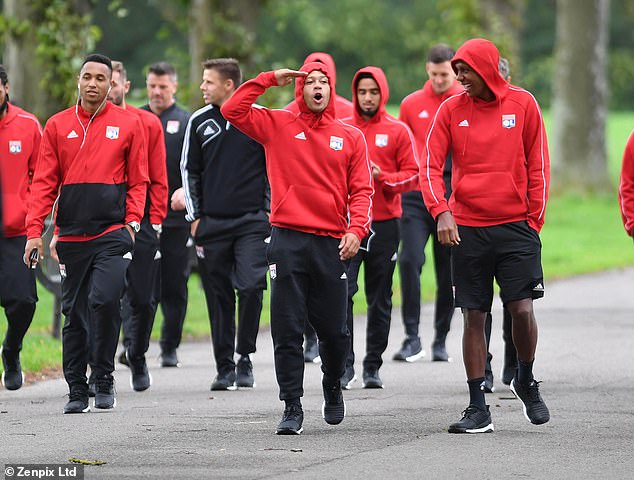 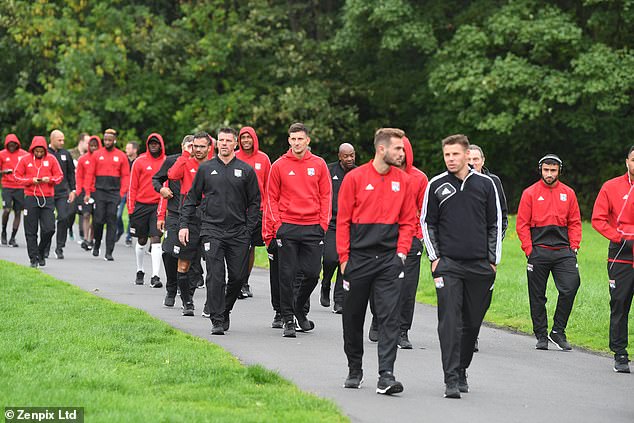 Depay didn’t enjoy the best of times at United following a two-year stint at Old Trafford that eventually saw him shipped off to Lyon for £15million in 2017.

Depay was also in the news recently after former United team-mate Wayne Rooney told Sportsmail about how he tried to help Depay during their time together at the club.

Following his demotion to the reserves, Rooney tried to warn Depay not to wear his flash expensive gear to the game, but the young hotshot refused to heed his advice.

Rooney recalled: ‘He came on at Stoke away and he messed up for their goal and he only played 15 minutes, so Van Gaal told him he was playing for the reserves the next day.

‘So after the game I just said: “Look, it’s going to be a bit difficult for you. Just don’t come in with all your fancy stuff.” 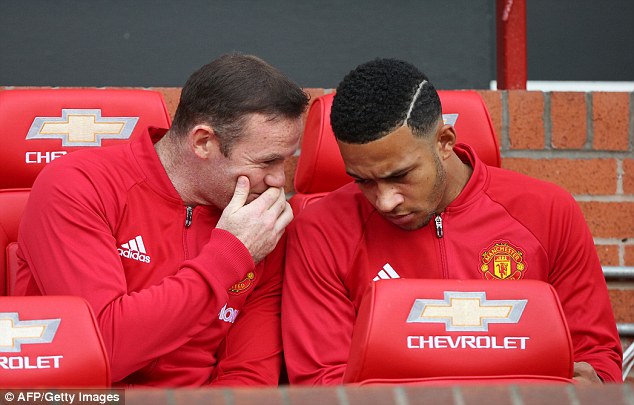 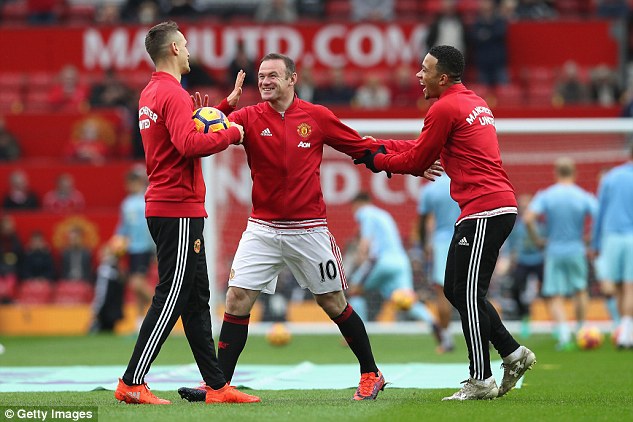 ‘The reserve game was at Altrincham’s ground and he turned up for it in his Rolls Royce, wearing a red leather jacket and a cowboy hat. And I just thought: “What’s the point.”‘

Depay cheekily responded to the story by posting a photo of Rooney talking to him and captioned it with a quote attributed to the 32-year-old.

‘Wayne Rooney: “Mem… can you borrow me your red leather jacket for tonight please” #ithoughtwewerepastthat’