A prank offer that appeared on fliers around Los Angeles has become an online viral sensation.

The images and words on the fliers are enough to induce baffling nightmares. ‘Bathe in my milk,’ the description reads. ‘Use my sponge. I will watch you.’

The ad, which also offers the options of ‘soy, almond or traditional’ milk, is horrifyingly illustrated with images of said-bathing.

A little much: Fliers featuring men bathing in milk recently began popping up on the streets of Los Angeles 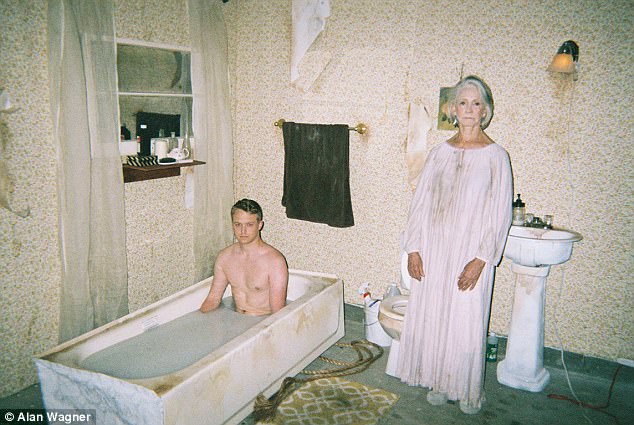 Intriguing offer: The fliers included various photos of this scene, and asked for men to apply to ‘bath in my milk’

The photos see a grey-haired woman in a dirty night gown standing in a bathroom, expressionless, next to a bathtub containing milk and a man with an equally stoic expression.

The flier goes on to direct interested parties to BatheInMyMilk.com, where they can apply for an appointment.

It didn’t take long for curious social media users to snap photos of the fliers and post them online. They started going viral on Reddit and Twitter.

Some questioned the woman’s motives, others wondered why the bathroom was in such a shoddy stage – including an ominous rope lying on the floor next to the tub. 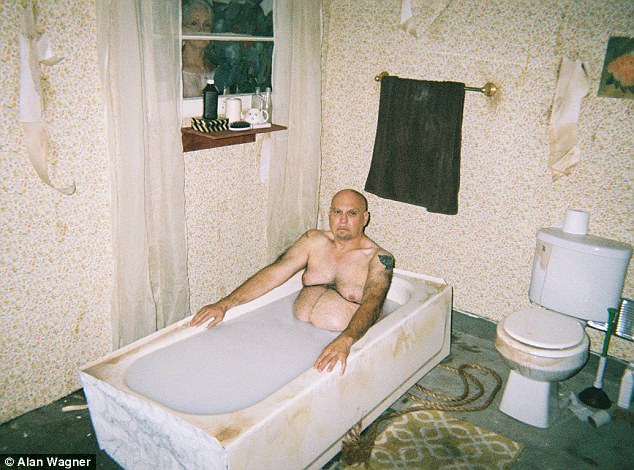 Looking on: This image shows the elderly woman peering in on the man from the window 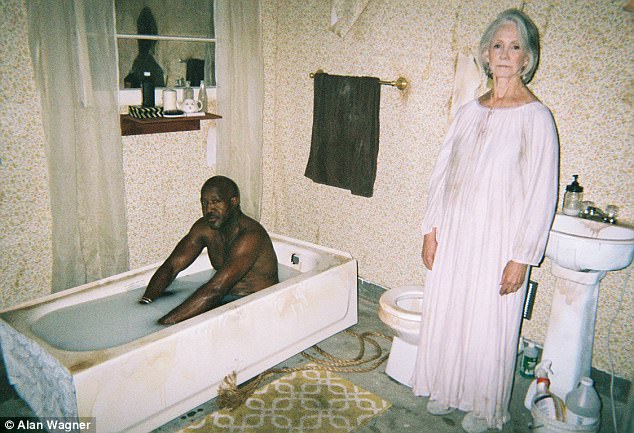 So many questions: Users on social media were equally baffled by the state of the ‘bathroom’ and the ominous rope on the floor 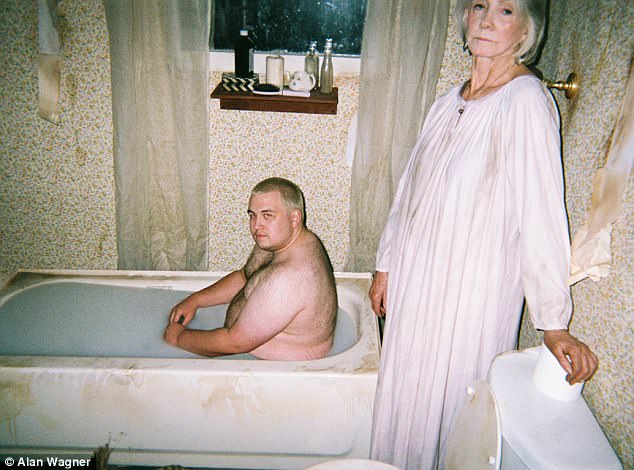 Relaxing at home: Eventually the images were revealed to be the work of a comedian and video director and editor

Many were sure that the pictures were just as sinister as they seemed, with one writing: ‘The men in the bathe in my milk photos are no longer with us. That is a fact.’

One of the creepy photos even shows a man looking visibly uncomfortable in the tub while the elderly woman peers in from the window.

Eventually it was revealed that the strange pamphlets were the work of a comedian: 26-year-old Michigan native Alan Wagner. He had created the images with the help of actors, his college friend Sydney Marquez as set designer and a fake bathroom scene set up in his garage.

The whole job, including the actors, tub and the milk cost just $300 to put together. 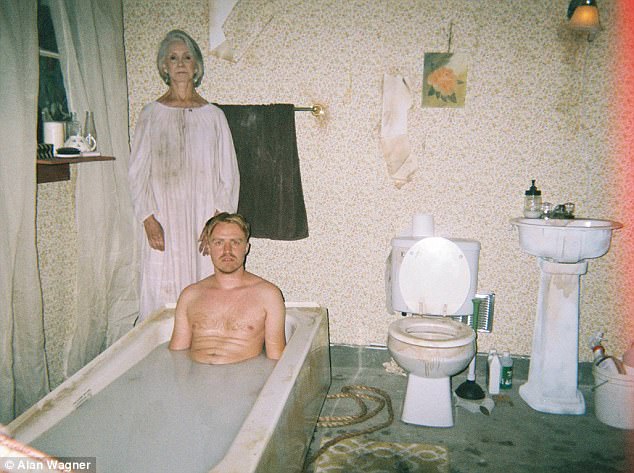 A haunting image: Alan Wagner revealed that he created the series using actors, his garage, and a quick trip to Home Depot 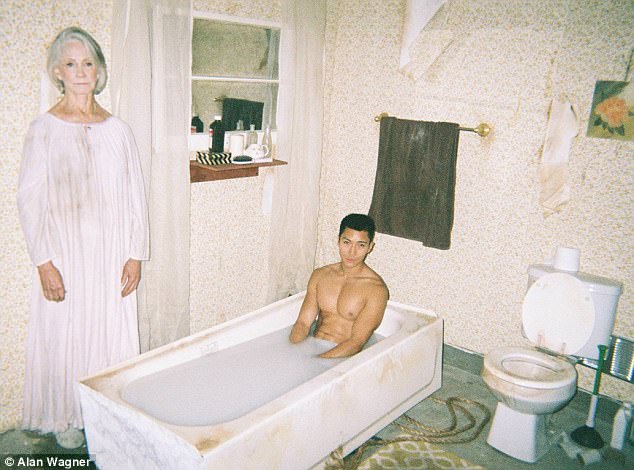 Making a mark: Within a week, the website the fliers directed people to, BatheInMyMilk.com, had racked up more than a half-a-million hits 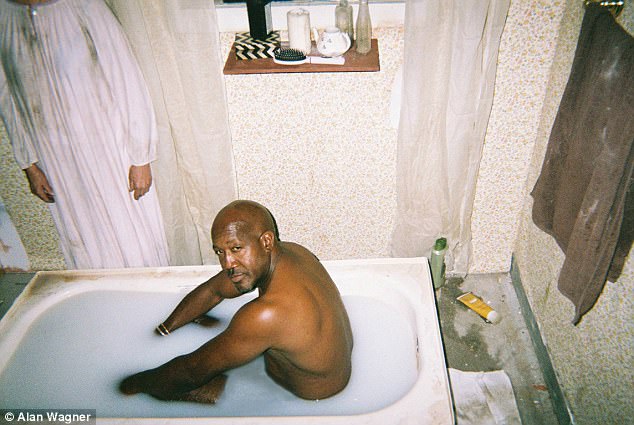 Milk time: The idea had started as a pitch for a beverage company, but was too quirky for the brand to go for it so Alan did it himself

Speaking to the New York Post, Alan explained that the prank has been an overwhelming success, with more than half-a-million hits on the website in just a week.

Interested applicants have been instructed to send physical letters addressed to the mysterious milk woman – with the address offered actually belonging to an unsuspecting friend of Alan’s.

He also revealed that the idea was originally a pitch to a beverage company as a part of his job as a director and video editor.  The idea was rejected for being a bit too off-the-wall, but Alan liked it enough to create it anyway.

‘I really like the image I came up with. This old woman bathing men, and it’s ambiguous what anyone is getting out of it. Nobody seems to be enjoying it, [and] yet they are partaking in it.’ he said.

It isn’t the first funny flier Alan has created, having previously put up pamphlets advertising the likes of ‘dirt parties’ and ‘Cash-4-Elders’.