Men suffering mental health issues can be put off asking for help if their GP’s receptionist is female, expert warns

Those seeking assistance can struggle to open up to a member of the opposite sex, especially strangers, MPs were told. Professor Sarah Niblock, of the UK Council for Psychotherapy, told the Commons women and equalities committee of the ‘stigma’ and ‘shame’ many men feel about admitting they need help.

The committee is looking at barriers men face accessing support. Professor Niblock said: ‘Walking into my local GP, you have to tell someone on the desk, who is often female, why you want an appointment.

Prof Sarah Niblock, pictured, said men with mental health problems may be reluctant to seek help from the GP if the receptionist is a woman if they need to reveal the nature of their illness 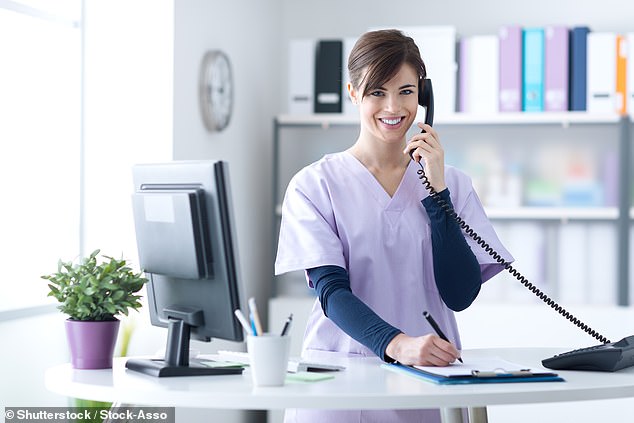 ‘That immediately could be a huge barrier for men coming forward and speaking about it in the first place.’

And Andy Bell, deputy chief executive at the Centre for Mental Health, said the help system needed to evolve from a path that currently sends people to a ‘building marked mental health’.

He said ‘comfortable spaces’ were needed ‘based on building a continuous relationship with someone rather than seeing endless people’.

Three out of four Britons who take their own lives are men. Suicide is the biggest cause of death for men under 50 in England and Wales.

As part of its ten-year plan, the NHS wants to put teams into schools to make services accessible from a young age.