Men will live as long as women by 2032 – for the first time since records began.

According to a new report published this week, life expectancy will be the same for both sexes within 15 years.

Rather than facing years of widowhood, a woman who marries at 30 will typically enjoy 58 years and six months with a husband of the same age – just short of a diamond wedding anniversary.

Experts said the biggest reason for the narrowing of the life expectancy gap is the changing levels of smoking between the sexes cigarettes account for about 100,000 deaths a year in the UK from cancer and heart disease.

After the Second World War, more than 80 per cent of men smoked, while female smoking peaked at 40 per cent.

Men have quit the habit faster than women, with both now down to about 16 per cent.

Men will live as long as women by 2032 – for the first time since records began. File image used

Professor Les Mayhew, a statistics expert at Cass Business School, who conducted the research for the report Inequalities Matter said: ‘This will be the first time that men will achieve parity with women since records began in 1841.’

Baroness Greengross, chief executive of the International Longevity Centre UK, which is jointly publishing the report, said the gender gap in life expectancy had left many women to contemplate living a lonely old age.

She said: ‘This is excellent news, but choose your partner wisely because you will be together for a very long time.

‘There is no law of nature that says women must outlive men and this shows what happens when men look after themselves.’

Differences in lifespans have fluctuated in the past 150 years, with the gap at its widest in 1969 when women lived on average five years and eight months longer than men. It is now two-and-a-half years.

In modern peacetime, when women have been less likely to die from childbirth and fewer men die in war, the ongoing gap has been blamed on men’s riskier behaviour – they are more likely to drink and smoke heavily and less likely to visit the doctor. 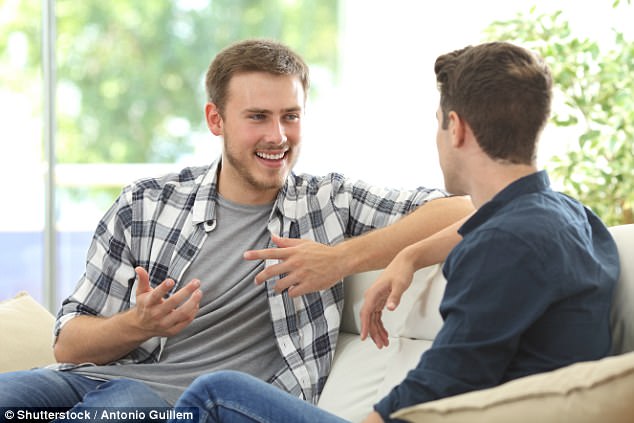 According to a new report published this week, life expectancy will be the same for both sexes within 15 years. File image used

But according to calculations based on the life expectancy at the age of 30, the increase is not spread evenly.

The longest-surviving 5 per cent of men can expect to live on average to 96 years, nearly 34 years longer than the bottom 10 per cent.

The top 5 per cent of women celebrate their 98th birthday, while the bottom 10 per cent do not reach 70.

The report, published this week, also argues a recent plateauing in life expectancy does not mean that longevity is reaching its natural limits.

Data produced by the Office for National Statistics showed that in 2016 there were 14,910 people aged 100 and over in the UK.

But the report warns people can no longer rely on improvements in society, such as better sanitation and advances in public health, including mass vaccination, to give them extra years.

This will now depend on people’s own efforts to achieve a healthier lifestyle with better diet and more exercise.