Meningitis test with a diagnosis in just one hour

A meningitis test which provides a result within an hour is being rolled out to patients for the first time.

The DNA test is a simple swab, taken from the mouth, which provides a result at the patient’s bedside.

It takes a fraction of the time of the meningitis tests used by doctors for decades, which are sent to a laboratory for up to 48 hours before a result comes back. 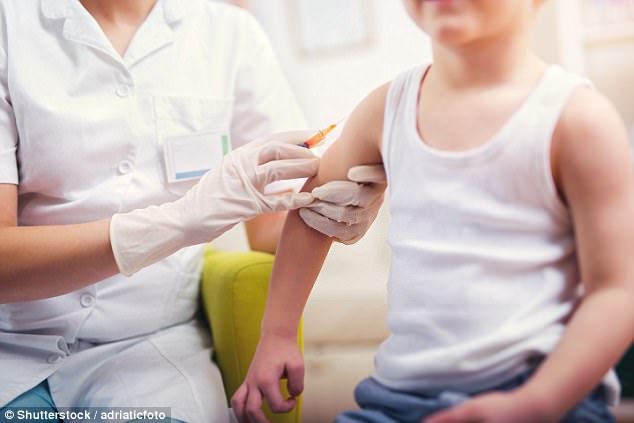 The breakthrough is vital because an estimated 50 per cent of children and adults with meningitis are falsely given the all-clear and sent home from hospital. Otherwise doctors, forced to act before a test result comes back, give patients powerful antibiotics unnecessarily.

The LAMP test is hoped to be rolled out across Britain if successful for patients at the Royal Belfast Hospital for Sick Children, where every child brought in will receive it.

Dr James McKenna, the lead researcher who developed the test and a clinical scientist at Queen’s University Belfast, said: ‘The LAMP test enables doctors to efficiently diagnose meningococcal septicaemia within an hour.

‘The LAMP diagnosis could significantly reduce the number of patients taking medication unnecessarily as well as preventing needless anxiety to patients and their families.’

It is estimated around 3,200 people a year in Britain contract the deadly infection, which kills one in ten victims.

It is a dangerous infection of the protective membranes surrounding the brain and spinal cord, but is often mistaken for a viral infection like the flu, because of symptoms including sickness, fever and headaches.

To test for it, doctors currently usually take a blood or spinal fluid sample from people feared to have meningitis, which take 48 hours to grow in the lab.

Without a rapid positive or negative result, patients may be sent home wrongly or given treatment because a two-day delay could mean the difference between life or death.

Dr Tom Nutt, chief executive of charity Meningitis Now, said: ‘Meningitis is a devastating disease that strikes rapidly and can leave devastation in its wake. Of those who survive, many will be left with permanent and lifelong disabilities.

‘We know rapid diagnosis and treatment improve the outcomes for those who contract this disease. As such we welcome all developments that will allow for quicker and more accurate diagnosis and the correct treatment to start promptly. We will follow the development of this test in clinical situations with great interest.’

No harm is done to people given treatment by doctors because are not sure they have meningitis. But a study led by Queen’s University Belfast found two-thirds of 105 babies and children received treatment unnecessarily, and this adds to the dangerous threat of antibiotic resistance.

Those given antibiotics for no reason allow dangerous bacteria to become used to the drugs and evolve into superbugs which could drag us back to the 19th century, with people dying from cuts and broken bones as antibiotics no longer work.

The new diagnostic test, known as Loop Mediated Isothermal Amplification (LAMP), has been assessed in a two-year study alongside the standard NHS tests.

It works faster than existing DNA tests through being fed into a machine which analyses genetic material without lab staff needed to produce a result.

Dr Tom Waterfield, is leading a new study at Queen’s University in collaboration with the Paediatric Emergency Research UK and Ireland to assess the practicality of testing being undertaken by doctors in hospital.

He said: ‘We know that scientifically the test is effective but we now need the evidence base to confirm whether it is feasible for clinicians to carry out this test as part of their role before an informed decision can be taken.’