Co-workers and friends of the men’s rights attorney who was shot dead in front of his California home this weekend say his killing could be related to his court cases.

Marc Angelucci, 52, a board member of the Los Angeles chapter of the National Coalition for Men (NCFM), was killed at his front door in Crestline on Saturday around 4pm.

The San Bernardino County Sheriff’s Department says motive behind the deadly shooting is not known and the investigation is ongoing.

Congressional candidate and attorney Ronda Kennedy revealed Angelucci was her co-counsel on two cases and they had been in court together on Friday. She speculated his death could be related to his legal work.

‘My co-counsel on two cases Marc Angelucci, was murdered last night. Just did an interview with detectives. If you have any information please contact the San Bernardino detectives,’ she tweeted Sunday.

Co-workers and friends of the men’s rights attorney Marc Angelucci, 52, who was shot dead in front of his California home on Saturday say his killing could be related to his court cases 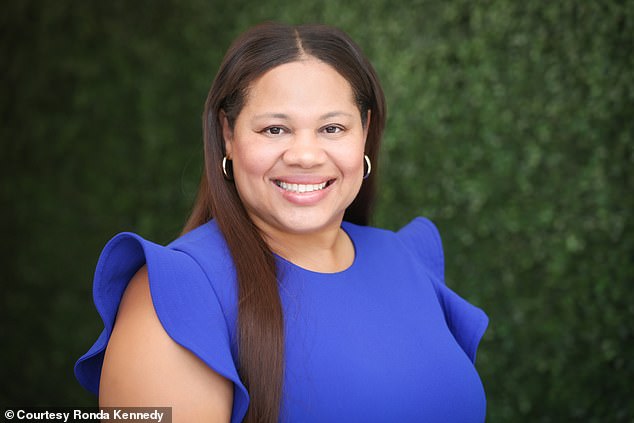 Congressional candidate and attorney Ronda Kennedy (above) revealed Angelucci was her co-counsel on two cases and they had been in court together on Friday. She speculated his death could be related to his legal work

She tweeted Sunday that Angelucci’s killing ‘may be related to our cases’, slamming his assailants as ‘cowards’

‘It maybe related to our cases, I am sure the cowards that murdered my friend in cold blood won’t be stupid enough to come after a pro #2A Congressional candidate,’ she added.

Kennedy said she and Angelucci gave ‘a devastating blow to our opposition’ on Friday.

‘We talked laughed hugged each other and planned to meet this week to go over next steps. We wee such a good legal team,’ she said.

His friend and former Congressional candidate DeAnna Lorraine tweeted claiming his death was a ‘hit’, noting he was about to win a ‘huge case’ in Mariposa County.

‘It was a homocide. Most likely a hit. He was just about to win a huge case in Mariposa County that had been going on for years. Can’t say much more beyond that at this time. Incredible man though and did a lot of great work for the community, fathers and men. I’m in shock,’ she tweeted.

On Tuesday the San Bernardino Sheriff’s Office told DailyMail.com there are no updates in the case. They’re yet to comment on any connection to his work. 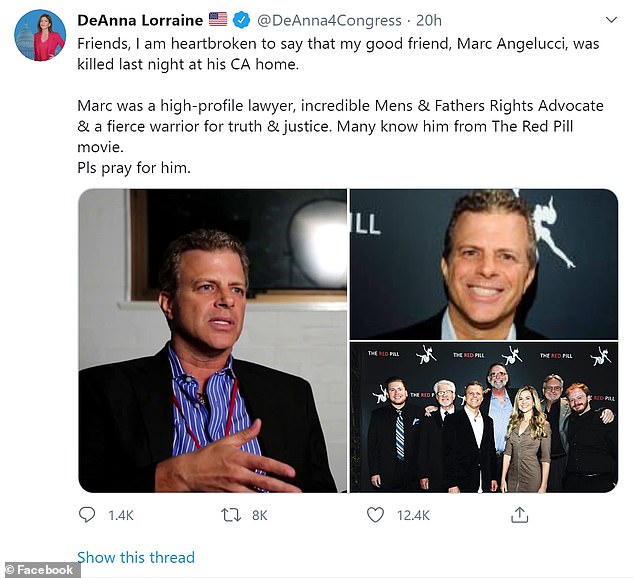 She also believed his death was a targeted ‘hit’, noting he was about to win a ‘huge case’ in Mariposa County. He was representing Jerry Cox and JDC Land company in the case against the county, arguing that county officials unfairly took Cox’s land 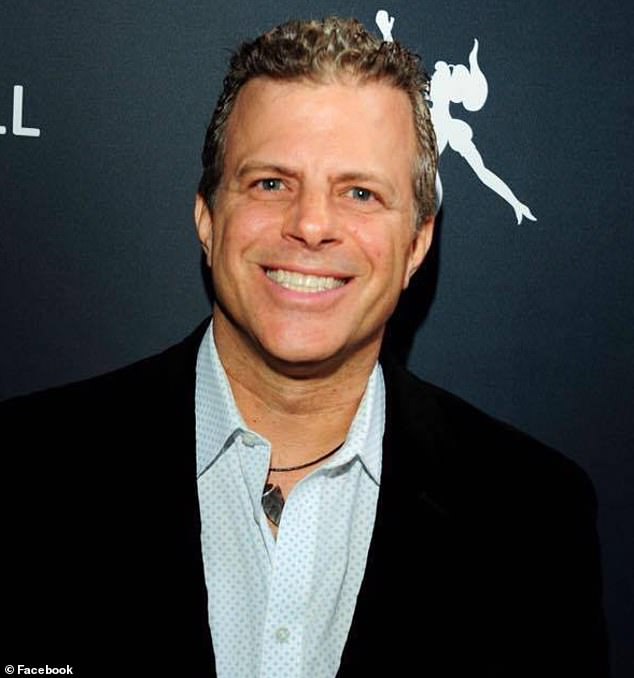 Cox, who had been falsely accused of rape in 2015 and had those charges dropped in 2017, sued the county, accusing officials of conspiring to seize his sprawling 400-acre Bison Creek Ranch property, according to the Merced Sun Star.

In the case Angelucci was working on an appeal with Ronda Kennedy before the California Supreme Court arguing for the rights of landowners ‘against government sanctioned theft of private property by way of underregulated receivership laws’.

In a news release for the case in June Angeluci said: ‘This case is one of an overreaching government with no accountability.’

Cox spent years fighting the rape accusation and claimed he lost his business and ranch to receivership after Mariposa County officials issued several zoning, building and permit code violations on his property. 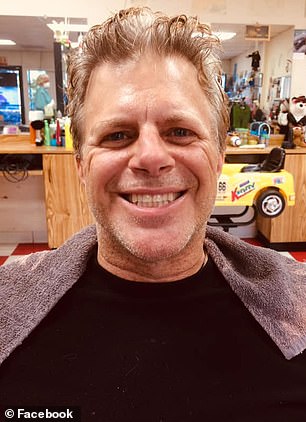 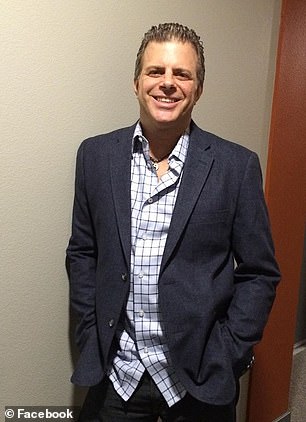 Angelucci, 52, a board member of the Los Angeles chapter of the National Coalition for Men and served as the group’s president for several years. He joined the group as a law student in 1997 afer seeing a friend physically abused for years by his wife and denied domestic violence services because he is male

Authorities received a call around 4pm about the shooting on the 22400 block of Glenwood Drive where Angelucci was later pronounced dead, according to the San Bernardino County Sheriff’s Department

What is the National Coalition for Men?

The group, founded in 1977, describes itself as a ‘gender inclusive, nonpartisan, ethnically diverse organization … committed to ending harmful discrimination and stereotypes against boys, men, their families and the women who love them.’

The group fights against anti-male bias in media, paternity fraud, fights for the rights of male domestic violence victims and against male-only military conscription.

The Southern Poverty Law Center says male rights groups like this ‘distort or cherry-pick statistics to indicate female privilege, blame women, or create false equivalences between the oppression of men and women, rather than simply seek to advance the cause of men and fathers.’

Angelucci had argued that the county ‘ejected Mr. Cox and placed his ranch in receivership, without allowing him to present expert testimony and video evidence that the violations were ether fixed or non-existent.’

After getting kicked off his ranch, Cox was left homeless and on food stamps, Angelucci said.

‘This appeal will determine whether California counties can continue using receivership law to seize private property and sell the property even after all repairs are made, circumventing Constitutional rights to due process. If so, that means no Californian property owner is safe,’ Angelucci said on the case.

The National Coalition For Men, which Angelucci was heavily involved in, engaged in Cox’s case due to the false rape allegation that led to his arrest.

NCFM describes itself as a ‘gender inclusive, nonpartisan, ethnically diverse organization … committed to ending harmful discrimination and stereotypes against boys, men, their families and the women who love them.’

The group, founded in 1977, sought reform through litigation and Angelucci was a star lawyer for the organization.

In court he helped fight against male-only military conscription, drafted and enacted legislation to fight paternity fraud, and fought to include men in domestic violence victim programs organized by the state.

Anyone with more information about the incident was asked to call Det. Simon Demuri at (909) 387-3589. Callers can also remain anonymous by calling WeTip at 800-78CRIME or http://www.wetip.com.