A breakaway championship to rival Formula One has gathered further momentum after Mercedes boss Toto Wolff warned that it is a ‘realistic’ possibility and ‘could happen’.

Wolff, the executive director for Mercedes, is the sport’s first team principal to reveal that a rebel series could be on the cards with the new season only days away.

A breakaway championship to rival Formula One is possible, says Toto Wolff

Ferrari are disappointed with Liberty Media’s vision for the sport beyond the expiration of the Concorde Agreement – a deal which binds the teams and stakeholders together until the end of 2020 – with Marchionne warning on a number of occasions that his famous Italian team will quit if F1’s American owners do not revise their future plans.

Ferrari are unhappy with the proposed re-distribution of prize money, and the concept of a simpler engine.

And, while Wolff stressed that he was keen for the sport’s major players to work together and seek consensus on the correct way forward, the Austrian, who has overseen Mercedes’ dominance of F1 for the past four years, could not rule out the prospect of a breakaway championship.

‘The perspective of doing something else is a realistic one, and it could happen if we don’t achieve to align our vision,’ said Wolff in an interview with Press Association Sport. 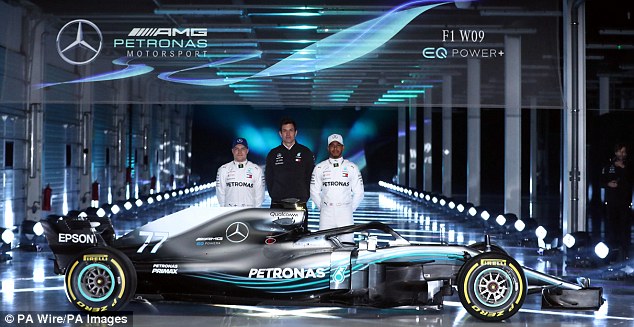 ‘Marchionne has a clear vision of what Formula One should represent for Ferrari, which is a purist sport that isn’t a shopping channel. I would strongly encourage all of the sport’s stakeholders not to try and provoke him.

‘I agree with most of the things Sergio says because Formula One has a certain DNA and it is a sport that needs to stick to its roots.

‘So, don’t mess with Sergio Marchionne. Formula One needs Ferrari much more than Ferrari needs Formula One.

‘I will give it everything to align the vision among us by seeking consensus and accepting compromise.’

The new campaign gets under way here in Melbourne on Sunday and Wolff’s Mercedes team will start as the favourites to win a record-equalling fifth constructors’ championship following a strong showing in pre-season testing. 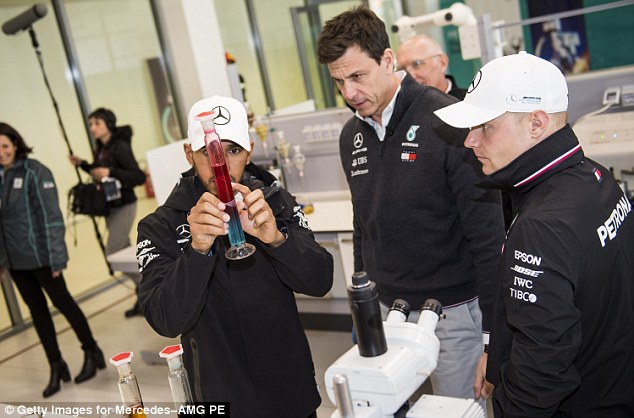 Leading their charge will be Lewis Hamilton, who could sign a new £40-million-a-year deal taking him until at least the end of 2020, before the curtain raiser at Albert Park.

The 33-year-old Englishman is also bidding to become only the third driver in F1 history to win the title more than four times.

‘Lewis came back strong from the winter and in a good frame of mind,’ Wolff added.

‘He is looking forward to the start of the season and he even enjoyed driving at the tests in Barcelona, so that was a novelty. For me, all the signs are positive.

‘What makes you happy are the key objectives, and Lewis is at a stage in his life where he is settled in the team and well accepted.

‘He is a strong pillar for Mercedes and gets on with Valtteri (Bottas) as well as you can with a team-mate. Their relationship is intact and he can achieve another record-breaking year.’