‘How on earth did they manage that?’ Mercedes driver turns the wrong way down a motorway slip-road before trying to REVERSE back on to busy six-way roundabout

A confused elderly driver has been caught on camera trying to turn his Mercedes around after going the wrong way on a motorway slip road.

The motorist somehow managed to turn left from a busy roundabout on to the slip road coming from the M5 near Worcester.

Realising his mistake, the driver tries to turn round by reversing towards the roundabout and then driving forward. 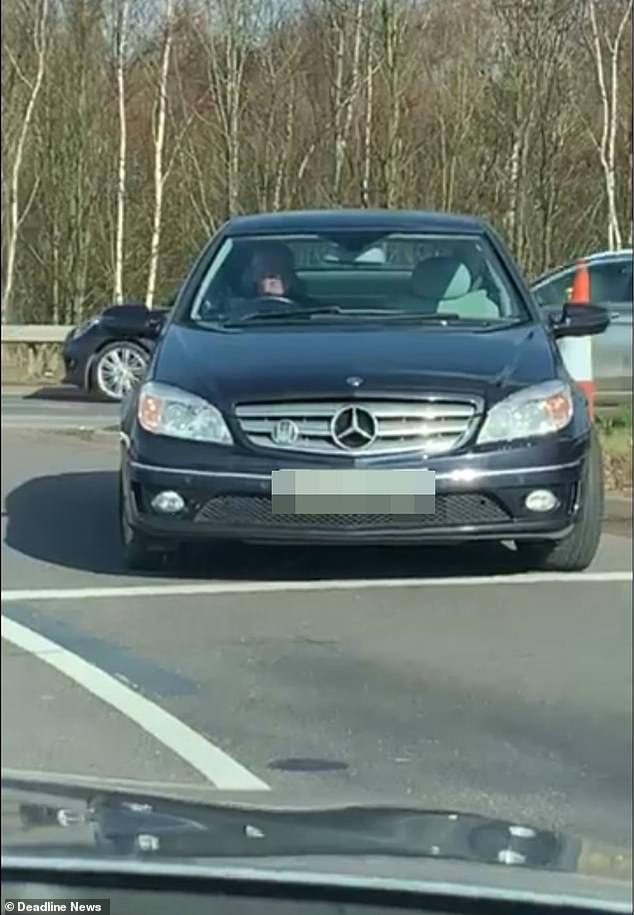 The video was posted on social media by Jack Green, from Worcester, although it is not clear who filmed the clip.

It was captioned: ‘Junction 6 everyone ffs.’

The video shows the Mercedes Benz facing the wrong direction at a red light – with numerous cars driving around the roundabout. 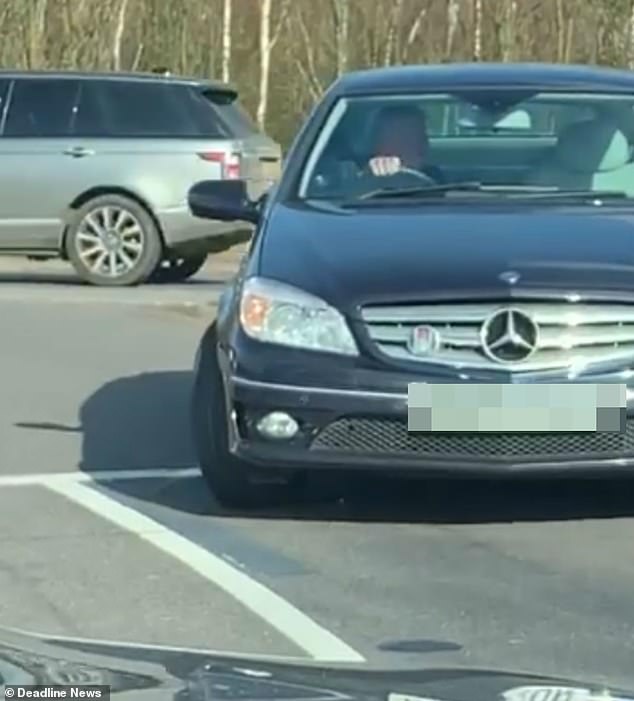 The camera pans over to the left to show the busy motorway before the elderly man carefully reverses his car and turns around.

But despite numerous attempts to fix the position of his car, he ends up accidentally straightening it in the wrong direction.

Jon Baker wrote on social media: ‘My God. How on earth did they manage that.’

Sean Allies said: I’m not sure what’s worse. How he ended up turning left or his attempt at reversing.’

Others pointed out the footage appeared to have been also filmed by a driver.

Milly Reece posted: ‘Just busted yourself for using your phone while sitting in the driver’s seat of a car with the keys in the ignition.’

Ben Corteen wrote: ‘Gotta love a Mercedes driver, one clueless and one videoing.’

And Brandon Weaver added: ‘You’re on your phone driving at least he has an excuse old-age.’

Last Month, The Duke of Edinburgh was involved in a car crash which raised many questions regarding the safety of elderly drivers.

Prince Philip, 97, gave up his licence after crashing into an oncoming Ford Kia on the A149 Babingly Norfolk.

Road safety charity Brake UK suggested in mandatory health and eye test for elderly drivers to ensure the safety of the roads.