The ‘Merchant of Death’ arms dealer who is due to be swapped for Brittney Griner in a deal between Russia and the US is ‘patient’ but ‘optimistic’ that he soon may be freed, DailyMail.com can reveal.

Viktor Bout has been in prison in the US since 2010. His reputation for fueling violence is so renowned that he inspired the Nicholas Cage film Lord of War.

Despite his background as one of Putin’s top associates, the US is prepared to swap Bout for Brittney Griner – the WNBA star currently locked in prison in Russia for bringing a small amount of marijuana into the country in February.

She was sentenced to nine years behind bars earlier this month, a harsh term that shocked President Bide and her fans.

The White House had been begging Russia to facilitate a swap with Bout before Griner was sentenced.

Putin held off, citing the ongoing legal trial involving Griner. His lieutenants are now at the table, ready to negotiate letting Griner go in exchange for Bout.

Arms dealer Viktor Bout is currently locked up in federal prison in the US, awaiting a swap with by the US and Russia for Brittney Griner 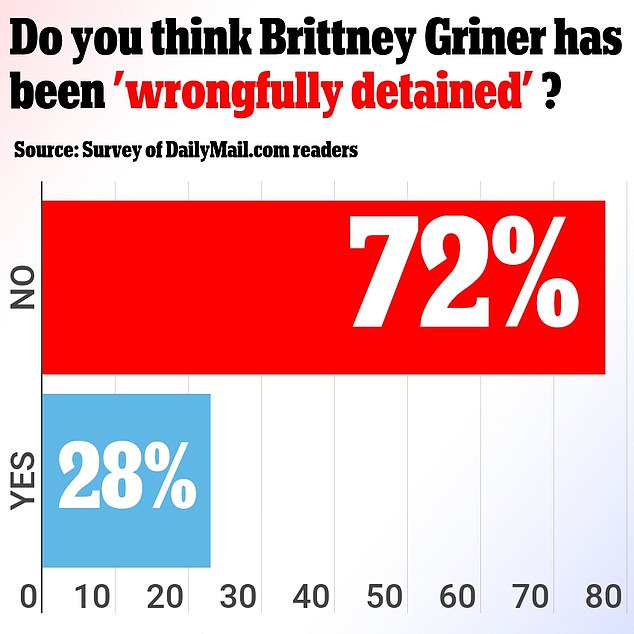 A poll of nearly 1,000 DailyMail.com readers found that 72 percent believe Griner deserved to be detained for bringing marijuana into Russia

A source close to the negotiations tells DailyMail.com that Bout is ‘patient’ but is optimistic about the pace of conversations now.

‘I wouldn’t be surprised if this was done in a week,’ the source said.

The deal would bring Griner home but would also let free one of the worst war criminals the US has ever locked up. 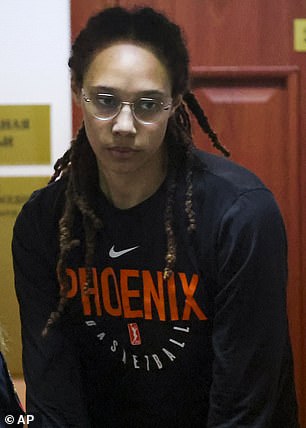 Brittney Griner is currently being held in a Russian prison. She was sentenced to nine years on August 4th

Some – including former President Donald Trump – say it’s an unequal trade and one that leaves America looking desperate.

Griner was sentenced on August 4th.

Immediately, Biden said she’d been ‘wrongfully detained’ and that he would do everything he could to get her out of Russian prison and back on US soil.

A DailyMail.com poll taken that day revealed that 77 percent of readers disagreed.

Only 202 voted in agreement with the President, as opposed to 676 who said she deserved her conviction and sentence.

Trump, in his criticism of the deal to swap Griner with Bout, said previously: ‘She went in there loaded up with drugs, into a hostile territory and they are very vigilant with drugs.

‘And now we’re supposed to get her out for an absolute killer?

‘One of the biggest arms dealers in the world. Killed many people, many Americans, and he’s going to get a free card and we’re going to get her out.

‘She knew… you don’t go in there loaded up with drugs. She admitted it. It certainly doesn’t seem like a very good trade.

‘He is one of the worst in the world and he is going to be given his freedom because a potentially spoiled person goes into Russia loaded up with drugs.’

There are also questions over why Biden and Vice President Kamala Harris are so desperate to free Griner when thousands of Americans remain in prison on marijuana charges.

Among them are people Harris put behind bars when served as the District Attorney of San Francisco between 2004 and 2010.

She executed 1,600 marijuana convictions that year.

There is also criticism of the fact that while the US is rushing to help Griner get out of jail, other Americans remain locked up without anywhere near as much enthusiasm to free them.

Paul Whelan is among them – he was jailed in 2018 on suspicion of espionage. 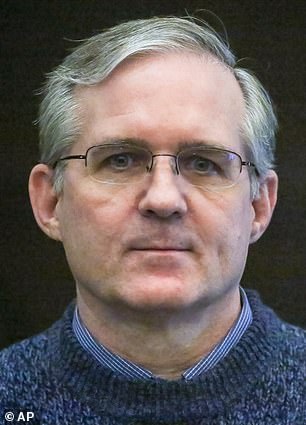 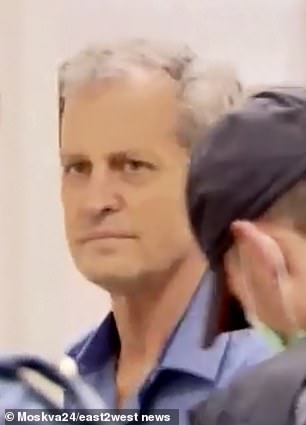 What about them? Paul Whelan remains in custody in Russia on espionage charges whereas Marc Fogel is in jail on similar charges as Griner was convicted of. He is serving 14 years – five years longer than the sentence she was given, but no one is promising to swap him for any Russian inmates in American jails 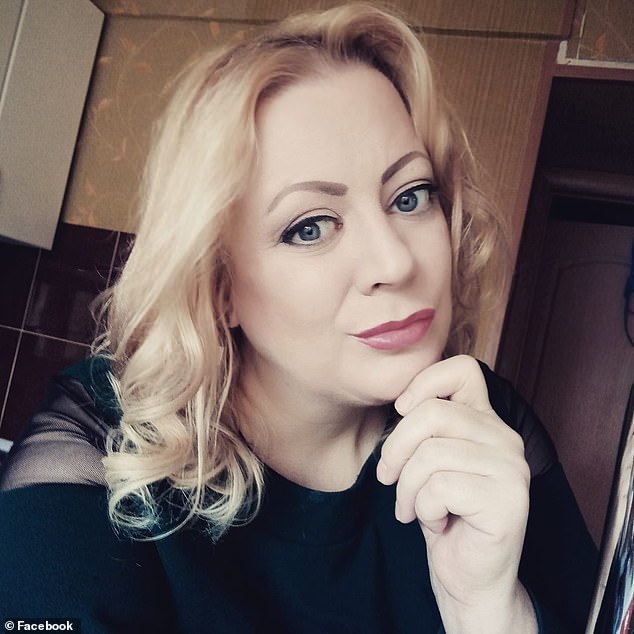 Sarah Krivanek, also known as Sarah Rae Burns and Sarah Duncan, is a 46-year-old teacher and mother from Colorado who has been behind bars in Moscow since last year for a domestic dispute with her local boyfriend

Several people on Twitter, including author Tim Young, were quick to point out that she locked up thousands of people on marijuana charges while she was the District Attorney of San Francisco

There is also Mark Fogel, a teacher who was caught on similar charges to Griner but who received an even longer sentence than she did.

His family say they have not been shown any signs of encouragement by the White House.

‘It’s devastating because it feels like this was our last opportunity to save his life, and we just couldn’t get the momentum we needed for it to matter to them,’ his niece Kelly Leguineche told CBS last week.

Fogel was jailed for 14 years – five years longer than Griner – and was advised to keep a low profile and hope for leniency.

State Department officials have refused to confirm whether Fogel is part of their negotiations.

There is also the case of Sarah Krivanek, a 46-year-old teacher and mother from Colorado who has been behind bars in Moscow since last year, when she was arrested for assaulting her abusive, drunk Russian boyfriend Mikhail Karavaev.

She was being held in the same prison as Griner, and is still awaiting her first court date.