Merseyside Police are investigating death threats made to Liverpool’s Loris Karius after his nightmare performance in the Champions League final against Real Madrid.

Liverpool were defeated 3-1 by the Spanish giants on Saturday night in Kiev, with Karius gifting Madrid two goals on the biggest night of his and his team-mates’ playing careers.

And in the immediate aftermath of the crushing defeat, the broken goalkeeper was the subject of vile abuse on social media as he received death threats and hate messages.

Another user wrote that his ‘sons deserve to die of cancer’, while another punter disgracefully said: ‘I hope your whole family dies’.

Following the shocking abuse for Karius, a spokeswoman from Merseyside Police told the Telegraph: ‘The force takes social media posts of this nature extremely seriously and any offences identified will be investigated.

‘Merseyside Police would like to remind social media users than any offences including malicious communications and threatening behaviour will be investigated.’

24-year-old Karius was left inconsolable on the pitch in Kiev as Madrid players and fans alike lapped up the celebrations of their third consecutive Champions League triumph. 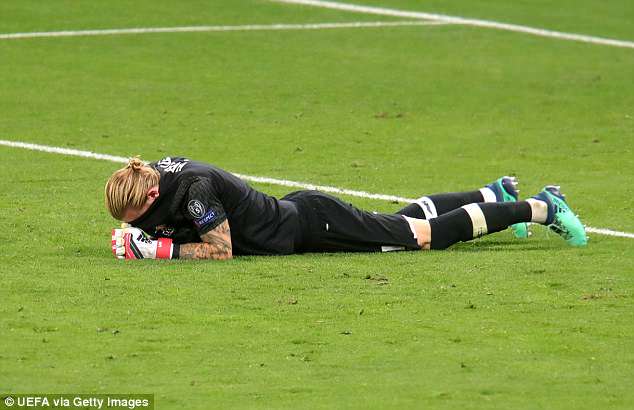 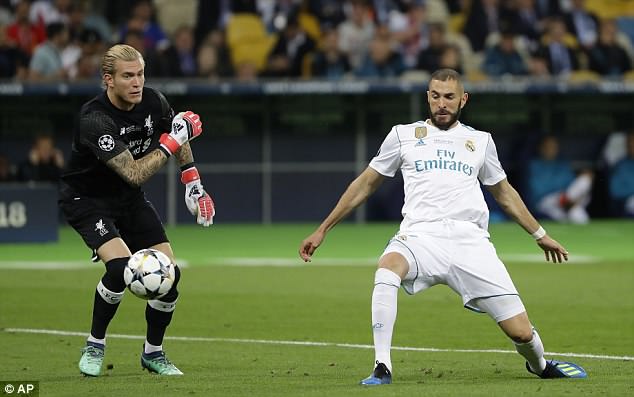 Karius gifted Karim Benzema the opening goal of the night after he threw the ball directly onto the foot of the Frenchman, who inadvertently tapped home into the empty net.

And after Gareth Bale scored an incredible bicycle kick to put the Spanish side 2-1 ahead, he was left humiliated yet again when he fumbled the Welshman’s stinging shot for Madrid’s third and final goal.

The German was left visibly heartbroken as he walked round the Olympic Stadium apologising to the travelling Liverpool supporters.

And speaking following his horror show, Karius took to Twitter on Sunday afternoon to address the Liverpool fans, claiming he had a sleepless night.

Karius said: ‘Haven’t really slept until now… the scenes are still running through my head again and again.

‘I’m infinitely sorry to my teammates, for you fans, and for all the staff. I know that I messed it up with the two mistakes and let you all down.

‘As I said I’d just like to turn back the time but that’s not possible. It’s even worse as we all felt that we could have beaten Real Madrid and we were in the game for a long time…

‘Thank you to our unbelievable fans who came to Kiev and held my back, even after the game. I don’t take that for granted and once again it showed me what a big family we are. Thank you and we will come back stronger.’