However, seated at the back on the First Night, it was nigh on impossible to follow the plot or hear all the singing. I heard enough, though, to confirm that this is a justly neglected opera.

Behind me, Glyndebourne’s sheep were bleating their dismay that such stuff was deemed a suitable accompaniment to chewing the cud. 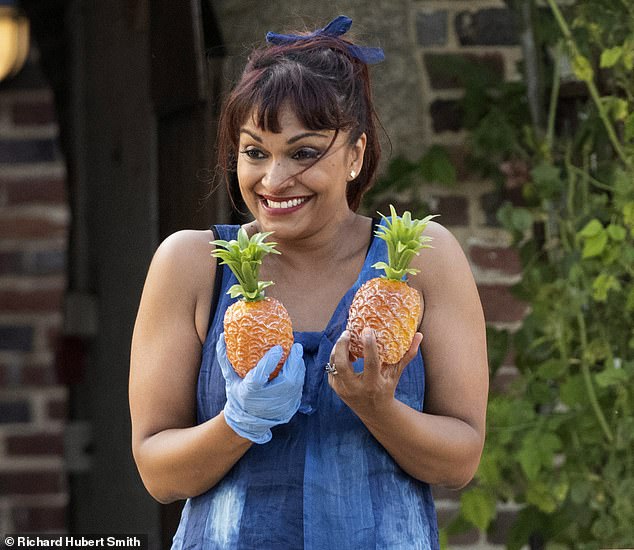 Special appreciation for Danielle de Niese (above), who was tireless on stage and still had enough energy left for a cheery chat afterwards

None of this mattered. The late Lord Bath of Longleat (not the wifelet one) loved to assert that once you had a decent car park, clean loos and a good cafeteria, you didn’t really need the house.

Same here. Great weather, beautiful surroundings, plenty to eat and drink, and good fellowship, made the opera largely irrelevant. Special appreciation for Danielle de Niese, who was tireless on stage and still had enough energy left for a cheery chat afterwards.

Opera Holland Park has kept its flag flying with opera recitals covering the full range of what they do. Last weekend was operetta, with five regulars and a section of their house orchestra the City of London Sinfonia.

Lashings of Sullivan, more Offenbach and plenty of Strauss and Lehár made for a cheerful, albeit lightly rehearsed, evening. The real stars here were the remnants of Holland House, largely destroyed in the Blitz and making a far more compelling backdrop than Holland Park’s usual big tent (★★★).

There has been an unbeatable return to live music at Clerkenwell’s Fidelio Cafe. Here the outstanding British violinist Alina Ibragimova, and the pianist Samson Tsoy, performed Janacek’s endearingly quirky Violin Sonata, and Beethoven’s Kreutzer, the most commanding violin sonata in the repertoire.

Ibragimova gave it her all, and to hear such playing in a smallish space as part of an audience confined to 25 people, while later enjoying a first-class supper, was an experience to be treasured (★★★★★).