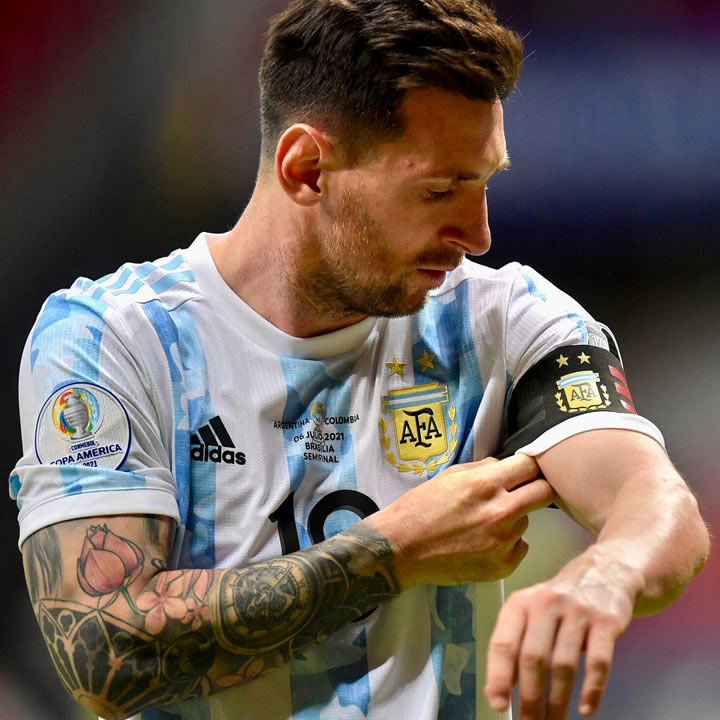 With his side entering Qatar on a 36-game winning streak, the Argentina captain may have one last opportunity to win the World Cup, but it also could be his best.

Lionel Scaloni, the coach of Argentina, was touched by Roger Federer’s farewell to tennis, just like millions of other sports fans all over the world. There wasn’t a dry eye in London’s O2 Arena on September 23. It’s never easy saying goodbye to a “GOAT.”

Everyone was feeling sad and contemplating the fact that he wouldn’t be playing or being present any longer. stated Scaloni.

“How many of us would still desire to watch Federer compete in tennis? The enjoyment of seeing him play was great. And Messi will experience the same outcome.”

Although the ‘GOAT’ of football won’t end his club career in Qatar 2022, it will be the final opportunity to witness him compete in a World Cup.

Messi has previously said as much, saying he is “counting down the days” till the competition begins.

Of course, it’s natural why he’s so excited. Argentina will enter Qatar with a 36-match winning streak, which includes the successful 2021 Copa America campaign that saw them defeat long-time rivals Brazil to win the championship for the first time in 28 years.

Messi experienced both personal and group success in Rio. His claim to be the greatest player of all time has been plagued for years by absurd claims that his absence of a major international prize invalidates his claim to the title.

When the full-time whistle rang at the Maracana, he fell on the ground in tears, touchingly emphasizing how the Copa America symbolized a release.

Even though he didn’t score that night, Messi owned the tournament, taking home both the Golden Boot and the Golden Ball for being personally involved in nine of his team’s 12 goals and scoring five of them.

He later stated to Diario Sport, “I couldn’t quit the national team without winning anything.

However, his uneasy Barcelona exit just over a month later added to the emotional and physical pressure he was under as a result of his unwavering pursuit of a big honor.

He was also “struck severely” by Covid-19, as Scaloni stated, which helps to explain why his 2022–23 season at Paris Saint-Germain was so disappointing.

He most definitely didn’t appear to be himself as part of a group that was experiencing several issues, both on the field and in the boardroom. Former PSG winger Jerome Rothen even called him a “fake” following the team’s Champions League loss to Real Madrid earlier this year.

But since then, Messi has come back as himself. The spectacular start to the 2022–23 season was greatly influenced by having a good preseason.

He acknowledges that he came back from his summer vacation with a new, more determined attitude, but he has also profited from a shift in perspective.

Obviously, the World Cup was beneficial in that aspect. He has had his sights firmly set on the goal for some months. He knew this was a great opportunity for both himself and the national team, so he wanted to be in the best shape possible for Qatar.

Even though Messi’s house is decorated with all the prestigious awards, he is still eager to bring the World Cup home. The World Cup just has more significance, and Argentina has a real chance to win this tournament.

In an interview with Star+, he acknowledged that he was feeling a little anxious and nervous. “How are we going to perform on this, the last one? Yes, on the one hand, we are eagerly anticipating its arrival. On the other hand, because we want it to succeed, we are afraid.”

Messi is aware to the fullest extent possible that his final opportunity to win the World Cup may also be his finest. Clearly, he has played for more talented national teams, but never one that was so cohesive.

The 2010 team, captained by Diego Maradona, was “brilliant” yet mentally brittle, and they “went mad” in the 4-0 quarterfinal defeat to Germany, as he admitted himself.

Four years later, in the championship game, the same team defeated Argentina again, and that extra-time loss still burns. They were deserving of victory, according to Messi.

While the 2018 campaign was completely disorganized from beginning to end, Argentina only qualified because of a hat-trick from Messi against Ecuador in the last round.

His performance that evening once more disproved the commonly held belief that he never showed up for his nation and that he was in some way unable to lead a downtrodden side to victory. Indeed, when he remarked, “Messi is not Maradona,” former Argentine attacker Hernan Crespo spoke for many.

Then then, Messi has excelled consistently at a level that his old teammate hasn’t been able to, for a variety of reasons, as the legendary Jorge Valdano noted.

The World Cup champion is credited as saying, “Messi is Maradona every day. Maradona was Maradona sometimes.”

It’s also untrue that the team Maradona so famously led to victory in Mexico in 1986 was a weak one. Like no other player in World Cup history, the No. 10 was adequately assisted by a number of elite athletes, including Valdano.

Argentina was also a genuine team despite their subpar preparations, partly due to Maradona’s inspirational abilities, therefore there are some similarities with Scaloni’s present group of players.

Although this team may not be loaded with superstars (Messi, Angel Di Maria, Nicolas Otamendi), it does not lack either talent or experience (Paulo Dybala, Lautaro Martinez, Rodrigo De Paul).

More significantly, Scaloni wants them to collaborate for their captain as well as for one another. We are all lions who fight for him, as goalkeeper Emiliano Martinez remarked during the Finalissima victory over Italy.

Messi’s two-goal salvo as a substitute in the most recent friendly victory against Jamaica demonstrated how his simple presence on the field inspires everyone around him.

Messi alters the way the team plays, Nicolas Tagliafico claimed, even after only a few minutes.

De Paul continued that “We are no longer surprised by the Messi phenomenon. We only hope it keeps going this way.”

There is no reason at all why Argentina can’t win the championship. They have a good team under the leadership of a guy keen to enjoy his final dance on the biggest platform in the game.

The statement made by Scaloni, “Whether Leo wins or loses, he has already proven that he is the best in history – even his opponents recognize it,” is accurate.

But that will just heighten the emotion of his leaving. The World Cup is set to bid The GOAT farewell. There will be tears no matter how it ends.

Lionel Messi is all charged up for the biggest stage in the world and has been training hard in the mini football ground in his house and also has a regular gym schedule at the gym in his house.

According to reports, He has been consuming a special diet and Messi’s wife Antonella has been keeping a check on his diet. Antonella is also expected to be present at the stands to support her husband.