Every year at the Met Gala one photo emerges of several stars – who no one thought were friends – smushed together.

This year it was a mix of music, models, actors and a fashion designer.

Posed! Every year at the Met Gala one photo emerges of several stars – who no one thought were friends – smushed together. This year it was Eiza Gonzalez, Donatella Versace, Lil Nas X, Stephen Curry, Ayesha Curry, Lupita Nyong’o, Maluma, Taylor Hill, Channing Tatum, and Zoey Deutch were all seen saying cheese

Eiza was on the far left in a bright cherry red dress that made the most of her stunning figure.

The Fast And Furious actress had her arm around fashion designer Donatella of the fashion house Versace. She wore white with gold accents.

Then there was singer Lil Nas X in gold. 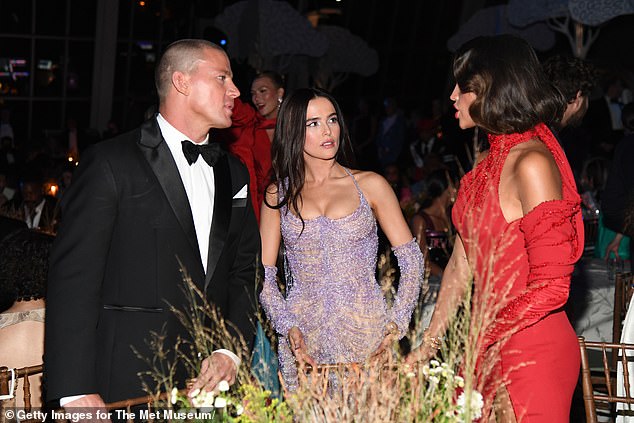 Klossy photo bomb: Channing and Zoey were also seen speaking with Eiza as Karlie Kloss was behind them 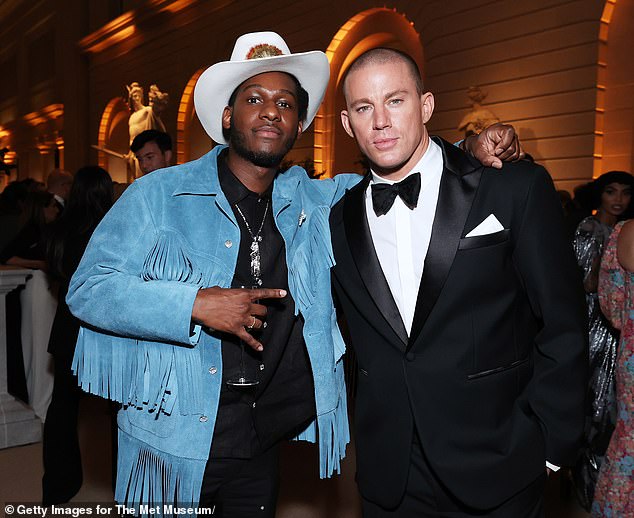 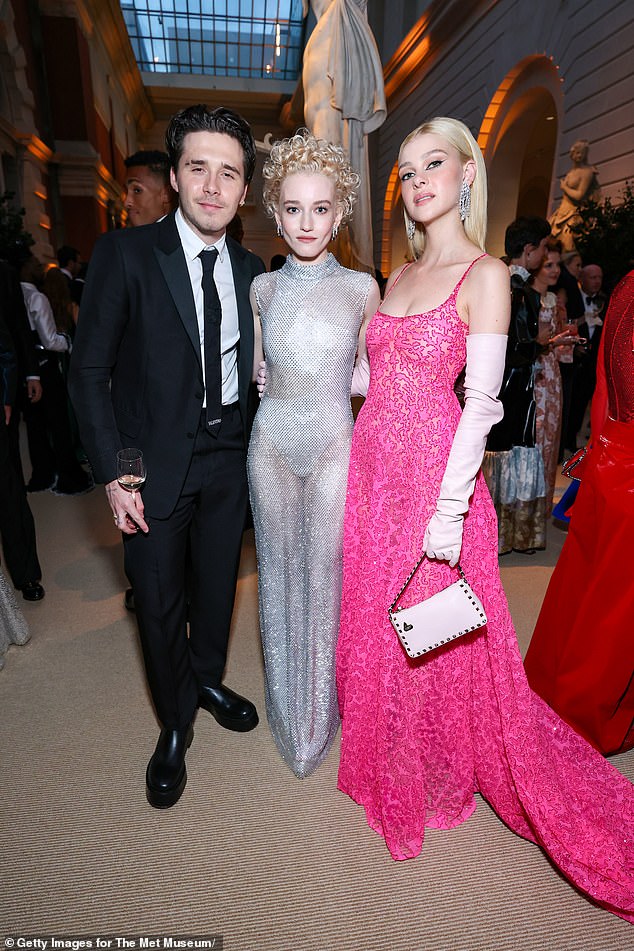 Next to him was basketball star Steph Curry with his pretty wife in gold.

And then there was Malum sitting down in a gold top. Above him was Lupita in black.

Taylor wore a turquoise dress with a headband. And Channing was in a dark suit as he put his arm around Zoey who opted for purple.

Tatum is rumoured to be dating Zoe Kravitz, but she was not in the group photo. 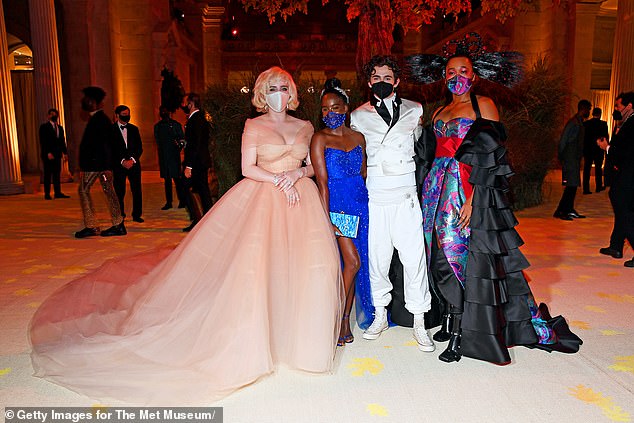 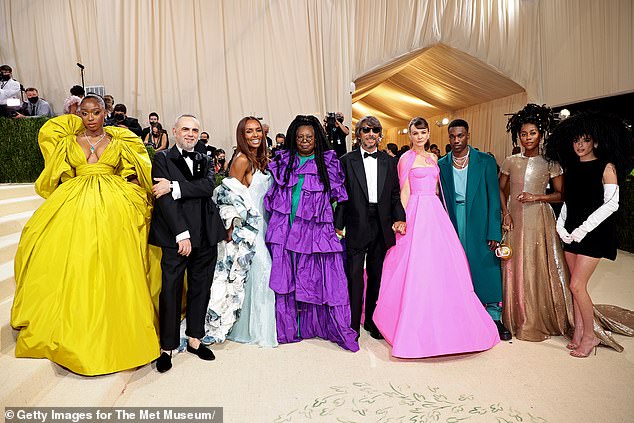 On the table were water glasses and small salads as well as fresh flowers.

Channing and Zoey were also seen speaking with Eiza as Karlie Kloss was behind them.

Also seen inside the bash was Kendall Jenner with mom Kris Jenner as well as pal Hailey Bieber.

And Aretha star Jennifer Hudson was in red as she spoke with designer Tom Ford. 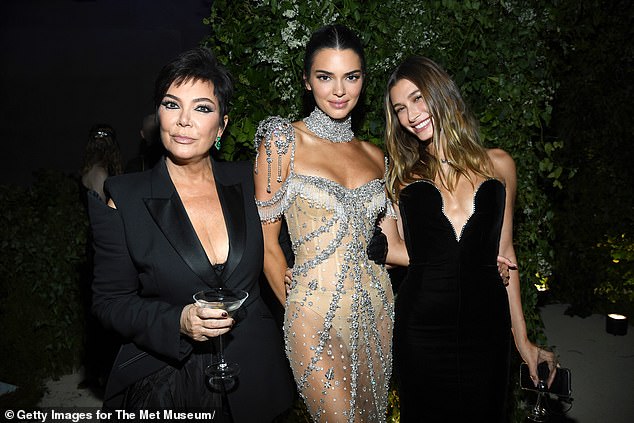 Jenner love: Also seen inside the bash was Kendall Jenner with mom Kris Jenner as well as pal Hailey Bieber 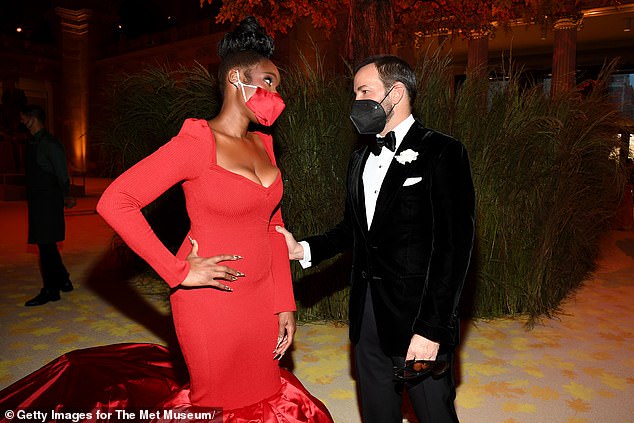 Good team: And Aretha star Jennifer Hudson was in red as she spoke with designer Tom Ford 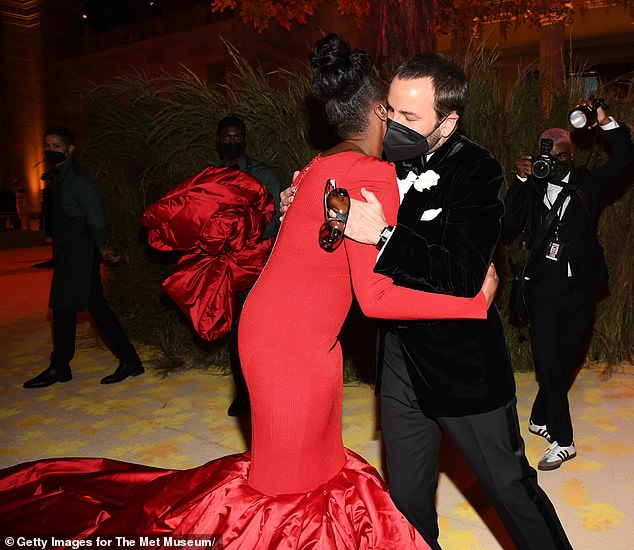 Hugs with masks on: And when they said goodbye they embraced 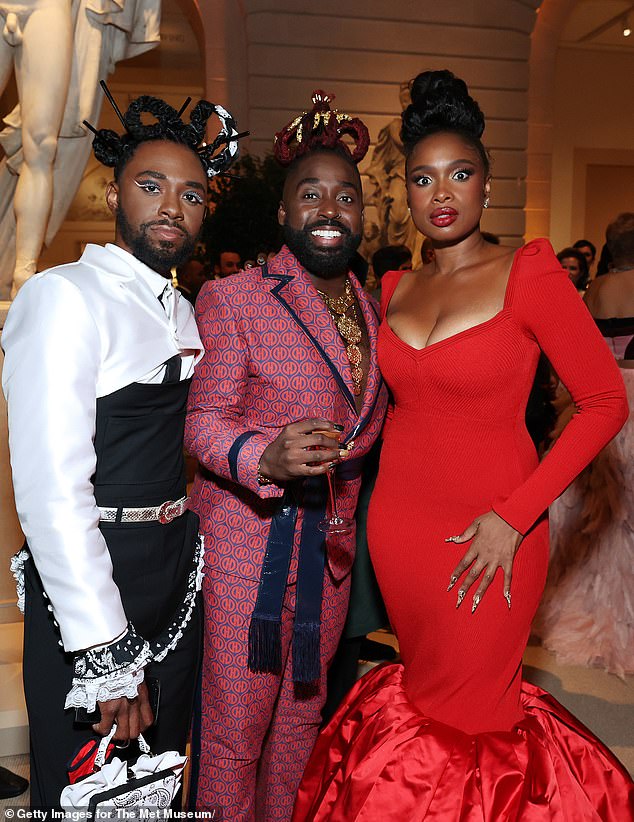 The event is finally back after being cancelled in 2020 amid the pandemic. This year it was pushed to September from its traditional slot on the first Sunday in May.

The theme was In America: A Lexicon of Fashion and the event features a heavy-hitting contingent of celebrity co-chairs: actor Timothée Chalamet, musician Billie Eilish, poet Amanda Gorman and tennis star Naomi Osaka. 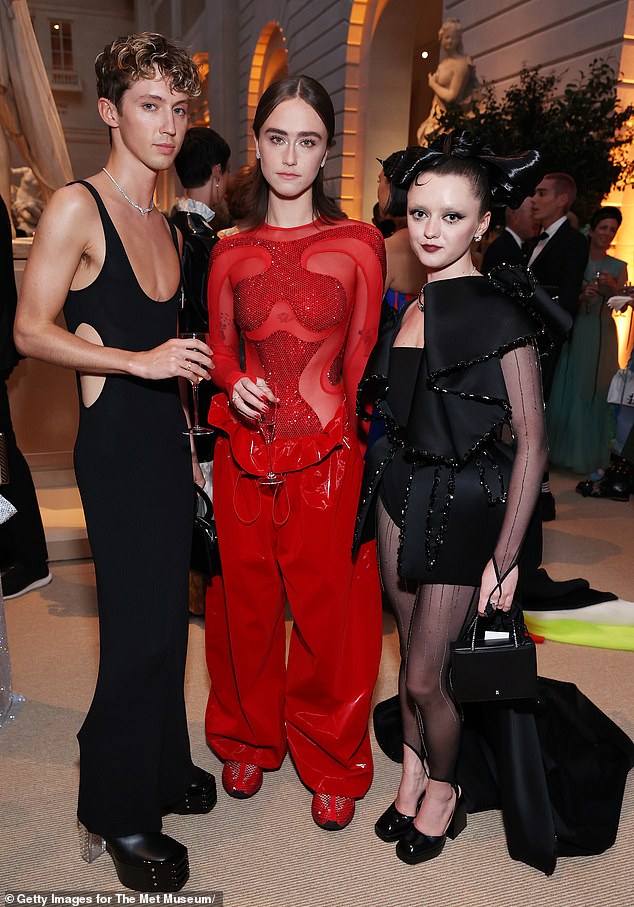 Eilish should make a splash. At just 19, Billie will make history as the youngest ever co-chair of the prestigious event.

When the hosts were first announced, Vogue magazine said: ‘Each of the Met’s four co-hosts embodies the defining factor of American style: individualism.

‘[They have each] developed a distinct visual language for their public personas, one that is informed by the legacy of iconic fashion made in the USA.’

The must-have accessory for all at this year’s gala is a Covid-19 vaccine.

‘Currently, all attendees at The Met Gala on September 13 must provide proof of full vaccination and will also be expected to wear masks indoors except when eating or drinking,’ a spokesperson for The Met said last month.

In America: A Lexicon of Fashion, opening Sept. 18, will celebrate the 75th anniversary of the museum´s Costume Institute and ‘explore a modern vocabulary of American fashion,’ the spokesperson added.

Part two, In America: An Anthology of Fashion, will open in the museum’s popular American Wing period rooms on May 5, 2022, and will explore American fashion, with collaborations with film directors, by ‘presenting narratives that relate to the complex and layered histories of those spaces.’ Both parts will close on Sept. 5, 2022.