The Met Police has revealed it could dramatically reopen an investigation into Prince Andrew’s paedophile friend Jeffrey Epstein amid a renewed focus on his associates after more victims came forward.

The force said in a document: ‘There has been a renewed focus in Mr Epstein’s friends and associates which could potentially instigate whether criminal and/or civil investigations against these individuals.’

The sex-trafficking probe – which was controversially dropped in 2016 – could be restarted ‘in light of the current revelations and further victims coming forward’, it added.

The document, obtained by The Sun, emerged as Prince Andrew, who was friends with Epstein, faced pressure to help an inquiry in the US.

Allegations made by Virginia Roberts were first examined by Scotland Yard in 2015.

But the Met said in November it had not pursued an investigation. ‘Having closely examined the available evidence, the decision was made that this would not progress to a full investigation,’ a statement said.

She claims she was trafficked to London to have sex with Prince Andrew, something he has always strongly denied.

It came as an ‘angry and bewildered’ Prince Andrew rubbished a US prosecutor’s claims he had refused to cooperate with the FBI’s investigation into Epstein, according to friends.

US attorney Geoffrey Berman accused the Duke of York of ‘zero co-operation’ with their investigation, but a source close to Andrew claimed: ‘Nothing could be further from the truth.’

The defiant prince was in fact ‘more than happy to talk’ but ‘hasn’t been approached by them yet’, the source insisted.

Mr Berman stood outside Epstein’s New York mansion and accused the Queen’s son of failing to respond to requests by the FBI and US prosecutors for an interview over his friendship with the paedophile financier.

The resulting firestorm sent Buckingham Palace into a panic and yesterday the Queen’s aides were still refusing to issue any comment on the story.

Courtiers even said they would never talk about the subject and insisted it was a matter for the prince’s lawyers, who they refused to identify. 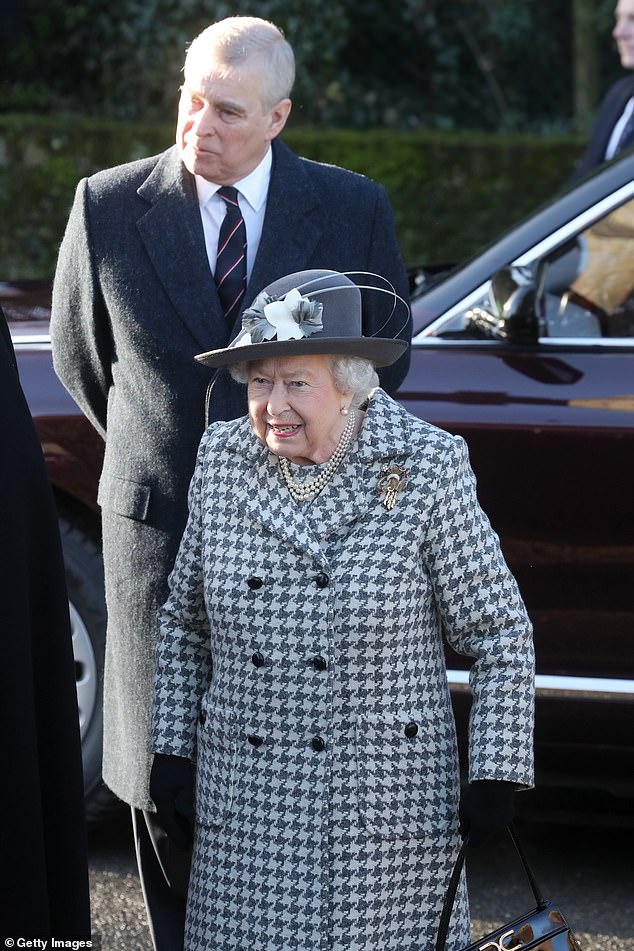 Prince Andrew, pictured with the Queen heading to church at Sandringham on January 19, has come under pressure over his links with Epstein

But the source close to the prince stepped forward to flatly contradict the US prosecutor’s claims that the royal had reneged on his promise two months ago to ‘help any appropriate law enforcement agency with their investigations’ into Epstein, who killed himself last year.

Last night the insider claimed that Andrew was ‘committed to the legal process’, saying: ‘The duke is more than happy to talk to the FBI but he hasn’t been approached by them yet.

‘He is angry about the way this is being portrayed and bewildered as to why this was said in New York. It seems certain people are jumping the gun.’

After Mr Berman’s shock intervention on Monday, lawyers and women who say they were sex trafficking victims of Epstein vented their fury at Andrew.

A lawyer for Virginia Roberts, who claims she was instructed to have sex with Andrew on three occasions from the age of 17 – something he strenuously denies – said he should ‘take most seriously the deeply-held belief in this country that no one is above the law’.

Lisa Bloom, who represents five other women, said it was ‘time to stop playing games’ and ‘answer questions’, while a third lawyer threatened Andrew, 59, with a subpoena if he sets foot in America again.

The prince has categorically denied having any knowledge that Epstein was sexually abusing teenage girls.

The scandal reignited last November when Andrew gave a disastrous interview to BBC Newsnight’s Emily Maitlis in which he failed to express any regret for continuing his friendship with the disgraced financier after he was jailed for child sex abuse.

The prince told Miss Maitlis he would give investigators a statement under oath ‘in the right circumstances’. 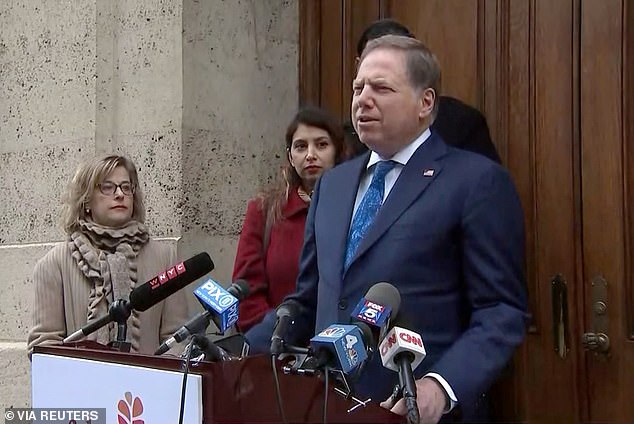 On Monday, US attorney Geoffrey Berman accused the Duke of York of ‘zero co-operation’ with their investigation, a claim Andrews’ friends furiously denied

After a public furore, in which he was forced to withdraw from royal duties, he issued a statement saying he would ‘of course’ speak to investigators ‘if required’.

Last night the source close to Andrew insisted: ‘The duke is not under any obligation to talk to lawyers representing alleged victims of Epstein at the moment, but he is totally willing to talk to any law enforcement agencies, be they the police or FBI.

‘He hasn’t changed his views at all and sticks by what he said in his interview with Emily Maitlis that he would co-operate.

‘Indeed a week hasn’t gone by since then when he hasn’t had extensive meetings with his lawyers at Royal Lodge [his Windsor home] and Buckingham Palace preparing for such a meeting.

‘The duke accepts he made a big mistake by continuing to see Epstein after he was convicted and for not showing sufficient empathy for the girls involved. He is desperate to make up for it and is committed to the legal process.’

The source also suggested that Andrew wanted to ‘clear things up so that he can continue to support the Queen in the coming months following Prince’s Philip’s hospitalisation and Harry and Meghan’s decision to quit as frontline royals’.

They said: ‘The duke has always been the Queen’s favourite and she is relying on him a lot behind the scenes.’

The source added that Andrew anticipated being interviewed by the FBI in the UK, not the US.

The Mail revealed last year that the prince was fearful of travelling to America in case he was dragged into ongoing legal proceedings. 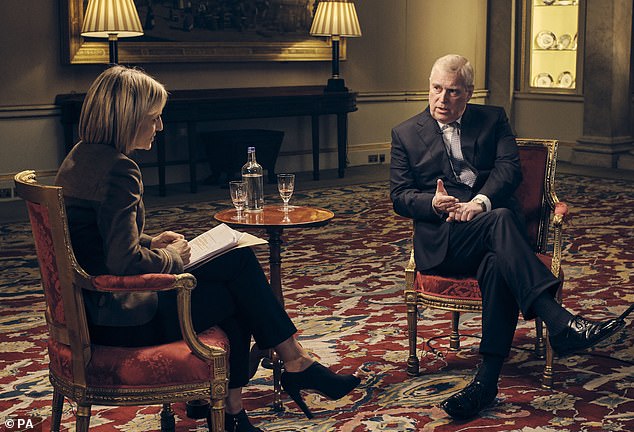 It was reported that Andrew would not go back to the US until proceedings were ‘satisfactorily’ and unequivocally concluded.

The claims that the duke had snubbed the FBI led to global media coverage yesterday and prompted furious responses from Epstein’s alleged victims.

Miss Bloom said: ‘It is time for anyone with information to come forward and answer questions.

‘Prince Andrew himself is accused of sexual misconduct and he also spent a great deal of time with Jeffrey Epstein.

‘The five women I represent are outraged and disappointed at Prince Andrew’s behaviour.

‘There are dozens of women who allege they were the victims of sexual assault by this predator Jeffrey Epstein.

‘The victims want justice here and we can’t do it without people speaking to law enforcement.’

Gloria Allred, another lawyer for five of Epstein’s accusers, threatened the duke with a subpoena if he ever visited the US again.

She told Radio 4’s Today programme: ‘If he has done nothing wrong…then why won’t he talk to law enforcement? No response is the same as zero co-operation. This is ridiculous. It’s just not acceptable.’

Harbottle & Lewis, the Queen’s lawyers, who have previously acted for Andrew over allegations in relation to the case, said they are not representing him.