The glove, unveiled by Meta Reality Labs, is lined with a series of small air pockets called actuators along the palms and fingers that inflate to create a sense of touch.

Commercialising a haptic glove is part of Meta’s ambition to transform into a ‘metaverse’ – a collective virtual shared space featuring avatars of real people.

Development work on the glove is still ongoing, but once fine-tuned and released to the market, it would allow consumers to tell the difference between holding different materials in the metaverse, such as a plastic pen or a rubber ball.

The glove, unveiled by Meta Reality Labs, is lined with a series of small air pockets called actuators along the palms and fingers that inflate to create a sense of touch

What is the metaverse?

The ‘metaverse’ is a set of virtual spaces where you can game, work and communicate with other people who aren’t in the same physical space as you.

‘It’s not necessarily about spending more time online — it’s about making the time you do spend online more meaningful.’

While Facebook is leading the charge with the metaverse, it explained that it isn’t a single product one company can build alone.

‘And it won’t be built overnight. Many of these products will only be fully realized in the next 10-15 years.’

Facebook (the company, not the product) rebranded itself Meta in October as part of its new obsession with the metaverse.

In the future, the metaverse will be accessible with virtual reality (VR) and augmented reality (AR) headsets and smart glasses, and could be used for work, education, gaming and even music events.

The glove will likely be one of several physical products that Facebook sells years down the line to allow consumers to enter the metaverse.

Outlining the glove in a blog post, Meta Reality Labs said it create the illusion of being able to feel the wood of a jigsaw puzzle piece, or the plastic of a computer keyboard as you type.

‘You can feel the click of each keystroke, as well as the edges of the virtual keys on your fingertips, making it as easy as typing on a perfectly-sized physical keyboard,’ Meta Reality Labs says.

The glove is fitted with haptic technology, meaning it can create an experience of touch by applying forces, vibrations, or motions.

But vibrations alone are not enough to distinguish between a huge variety of objects that a consumer might come into contact with in the metaverse.

‘To deliver a realistic sense of touch, a haptic glove needs hundreds of actuators (tiny motors) all over the hand, moving in concert in a way that makes the wearer feel like they’re touching a virtual object,’ Meta says. 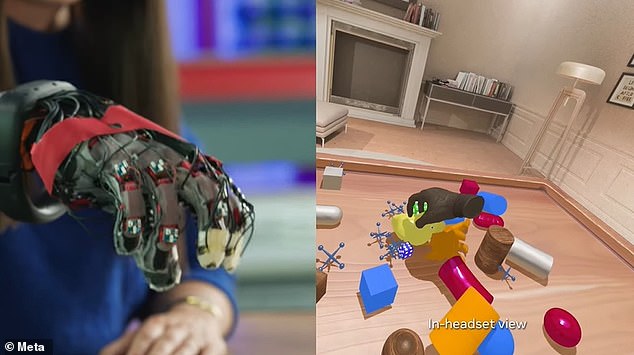 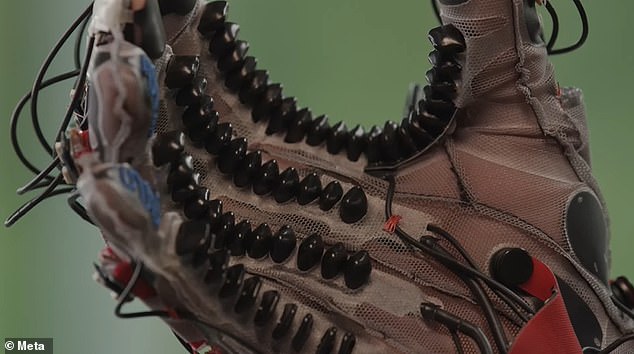 Soft, pliable actuators could change shape in response to the wearer’s movements. The final version would be wireless and may be sold to perfectly fit the hand of each individual buyer

To know when and where to deliver the right sensations, the glove is also equipped with markers that let cameras track how the fingers moving through space.

Meta is still working on the glove and wants to use pressure from the actuators against the skin to reproduce a range of ‘complex and nuanced’ sensations for the wearer, such as pressure, texture and vibration.

This lets wearers tell the difference between what material different virtual objects are made of, such as wood, rubber and gelatin. 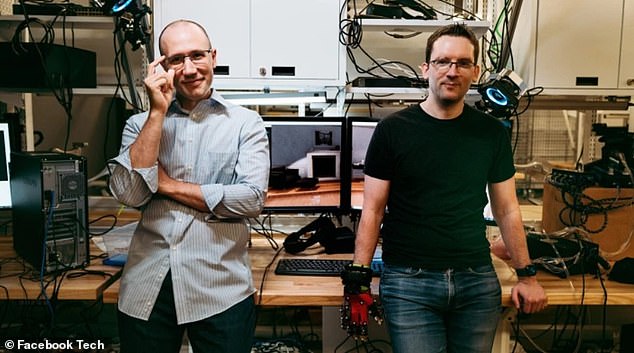 Currently, the prototype still relies more on the suggestive power of audio and images than the final product will, according to Reality Labs engineer Katherine Healy.

‘You could pet a dog, but you wouldn’t feel the texture,’ Healy told the Verge. ‘You need high-density actuation to be able to really get that sensation, and this glove does not do that.’

The finished product will need to be wireless – currently it’s tethered with a series of wires – and slimmed down so it’s not too heavy on the hand.

It would also need to be available in multiple different sizes to fit the hands of each buyer and even be able to go through the wash. 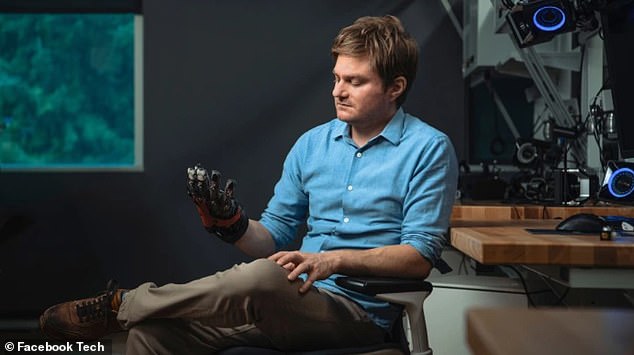 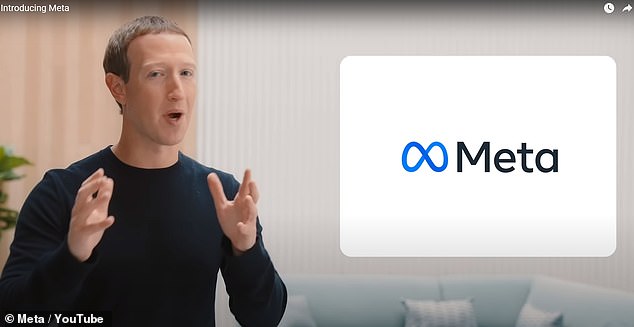 ‘With garments in general, we expect them to be washable,’ said Healy. ‘We would love to be able to create a glove that could be washed. How? We don’t know yet. But that’s part of our vision.’

Meta has been working on the glove nearly since it acquired the Oculus VR startup in 2014 and developed its first prototype – one finger with a single actuator – in 2015.

The company is also working on ‘more lightweight’ products that are built on electromyography (EMG) – which uses nerve signals on your arm.

For example, it recently unveiled a wearable wrist sensor linked to augmented reality (AR) glasses that would allow you to type on any surface.

Facebook is working on a wearable wrist sensor linked to augmented reality (AR) glasses that would allow you to type on any surface with a simple tap or snap of your fingers.

The social media giant said the device would be able to control its augmented reality (AR) glasses, still in development. 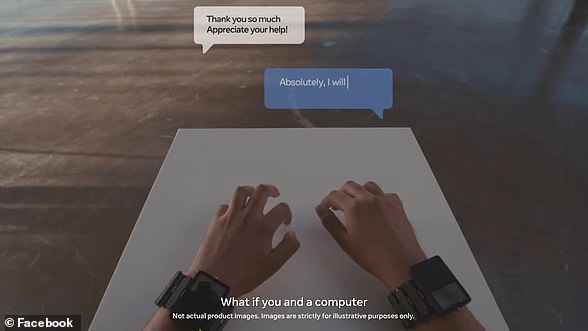 Wearers of the wrist band would be able to interact with the virtual world through finger movements, the company said.

A wristband would be able to serve as a platform for computing and supporting such functions, with the glasses simply acting as a display.

Read more: Facebook developing a wrist sensor that will let you type anywhere