India currently has more #MeToo Google searches than any other county, according to a shocking interactive map.

The viral #MeToo movement was born out of victims of sexual assault and harassment using the hashtag to share their harrowing experiences online.

Today all of the top five cities searching for #MeToo are in India leaving the country glowing brighter than any other.

The year-old movement gathered steam in India in recent weeks with Bollywood figures, a government minister, several comedians and top journalists among those accused of abusing their positions to behave improperly towards women.

The spark was Hindi film actress Tanushree Dutta, who accused well-known Bollywood actor Nana Patekar of inappropriate behaviour on a film set 10 years ago. He denies the allegations.

In recognition of Sexual Assault Awareness Month, Google created a ‘Me Too Rising’ global map that shows the top 300 cities searching for the phrase.

According to Google Trends, the search has been used in every country on Earth but nowhere as much as India which has a population of 1.3 billion.

The map has tracked search and social media trends since October 2017 until today.

It does not measure the total number of searches but records the number of times ‘Me Too’ is searched compared to other searches on specific days.

‘In the past year, #MeToo has been searched in 195 countries—that’s every country on Earth’, Malika Saada Saar, Google’s Senior Counsel on Civil and Human Rights, wrote in a blog post.

‘You can see the cities where it was trending on different dates and see what’s happening now at local levels with city-specific Google Search results for ‘Me Too”, she wrote.

The five Indian cities with the most number of searches were Chicalim, Brahmapur, Angul, Zirakpur and Wardha.

Despite having a population of 1.4 billion, there were no searches recorded in China as the search engine is banned.

The number of searches has been increasing in India in recent weeks.

On the 9th October all of the top cities where #MeToo was searched was in India. This happened again on the 12th, 13th and 14th October, and then again today.

According to a 2018 report by the Thomson Reuters Foundation, India is the most dangerous country to live in for women.

It ranked as the most dangerous on three issues – the risks women face from sexual violence and harassment, from cultural and traditional practices, and from human trafficking including forced labour, sex slavery and domestic servitude.

India has had more #MeToo Google searches than any other county, according to a shocking interactive map. Today all of the top five cities searching for #MeToo were in India leaving the country glowing brighter than any other

Tanushree Dutta, a former Miss India, claimed Nana Patekar, a veteran actor now aged 67, had harassed her on sets of a film in 2008.

She had made the same allegations shortly after the incident and Patekar denied the allegations.

Dutta recently told Zoon TV: ‘Back then, these incidents would be discussed only behind closed doors and not openly, as is being done now. No one supported me.’

Dutta alleges that Patekar wanted an ‘intimate step’ with her in a dance number in the film ‘Horn OK Please’.

When she refused, Dutta alleges that Patekar called workers of a local political party who damaged her car and threatened her. 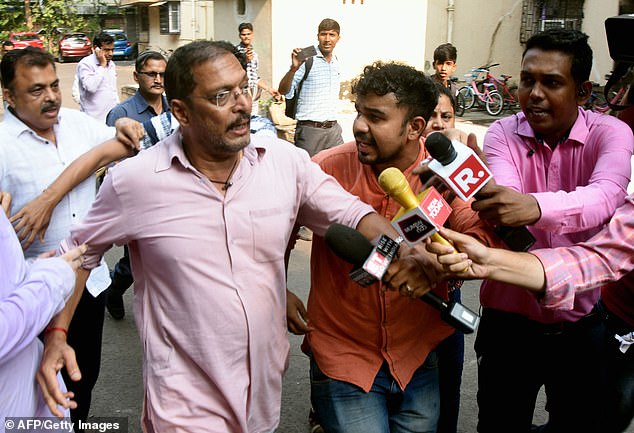 Last week a prominent Bollywood director accused of sexual harassment denied the allegations as he threatened to sue two fellow filmmakers for defamation over the case which has helped fuel India’s #MeToo movement.

Vikas Bahl is accused of assaulting an employee of Phantom Films – an edgy production house behind Netflix’s first original Indian series, ‘Sacred Games’ – in a hotel in 2015.

Anurag Kashyap and Vikramaditya Motwane, who along with Bahl and another filmmaker founded Phantom Films, released statements on Twitter later that day backing the woman.

The report came after they had announced they were dissolving the production company.

Bahl, director of ‘Queen’, a 2014 hit movie about female empowerment, issued a denial through his lawyer earlier this month in his first public statement responding to the allegation. 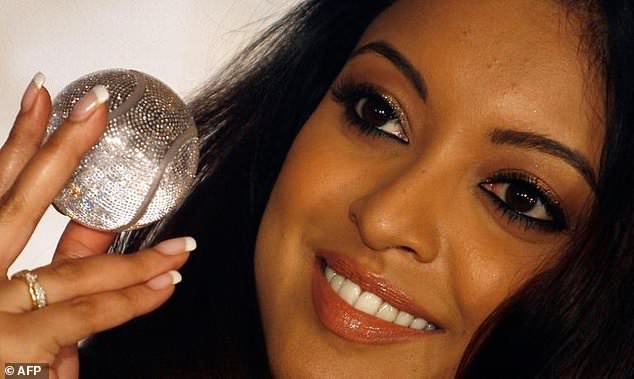 The year-old #MeToo movement gathered steam in India, sparked by claims made by actress Tanushree Dutta against a well-known Bollywood director

TOP TEN MOST DANGEROUS COUNTRIES TO BE A WOMAN

The Thomson Reuters Foundation asked 548 experts which of the 193 United Nations member states they thought were most dangerous for women and which country was worst in terms of healthcare, economic resources, cultural or traditional practices, sexual violence and harassment, non-sexual violence and human trafficking.

Tops the list, with levels of violence against women still running high, more than five years after the rape and murder of a student on a bus in Delhi sparked national outrage and government pledges to tackle the issue.

India ranked as the most dangerous on three issues – the risks women face from sexual violence and harassment, from cultural and traditional practices, and from human trafficking including forced labour, sex slavery and domestic servitude.

Second in the list, with experts saying women face dire problems nearly 17 years after the overthrow of the Taliban.

Ranked as the most dangerous country for women in three areas – non-sexual violence, access to healthcare, and access to economic resources.

Third after seven years of civil war. Ranked as second most dangerous country for women in terms of access to healthcare and non-sexual violence, which includes conflict-related violence as well as domestic abuse. Joint third with the United States on the risks women face of sexual abuse.

Fourth after being mired in conflict since 1991. Ranked as third most dangerous country for women in terms of access to healthcare and for putting them at risk of harmful cultural and traditional practices. Named as fifth worst in terms of women having access to economic resources.

Overall fifth, but the conservative kingdom was named the second most dangerous country for women in terms of economic access and discrimination, including in the workplace and in terms of property rights. Fifth in terms of the risks women face from cultural and religious practices.

Sixth most dangerous and fourth worst in terms of economic resources and discrimination as well as the risks women face from cultural, religious and traditional practices, including so-called honour killings. Pakistan ranked fifth on non-sexual violence, including domestic abuse.

Listed as seventh with the United Nations warning millions of people face “hellish living conditions” after years of factional bloodshed and lawlessness. Ranked as second most dangerous country for women as regards sexual violence, and between seventh and ninth in four other questions.

Eighth in the list after ranking poorly on access to healthcare, economic resources, risk from cultural and traditional practices, and non-sexual violence. Yemen is still reeling from the world’s most urgent humanitarian crisis with 22 million people in need of vital assistance.

Ranked as ninth, with human rights groups accusing the country’s military of torture, rape and killing civilians during a nine-year fight against Boko Haram militants. Nigeria was named fourth most dangerous country along with Russia when it came to human trafficking. It listed sixth worst on the risks women face from traditional practices.

The only Western nation in the top 10 and joint third with Syria for the risks women face in terms of sexual violence, including rape, sexual harassment, coercion into sex and a lack of access to justice in rape cases. The survey came after the #MeToo campaign went viral last year, with thousands of women using the social media movement to share stories of sexual harassment or abuse.

A legal notice released to the media and seen by AFP said Bahl ‘denies all allegations’.

The notice accused Kashyap and Motwane of ‘professional rivalry and jealously’ and of trying to jeopardise the release of Bahl’s upcoming film ‘Super 30’.

It called for them to withdraw the claims and issue an apology or face being sued.

Earlier this month, Mumbai comedian, Utsav Chakraborty, found himself at the centre of a Twitter storm accusing him of sending lewd messages and requests for topless photos to women and young girls. He later apologised.

The HuffPost article on Bahl appeared before a host of women journalists accused M. J Akbar, a well-known former editor and now a junior foreign minister in Narendra Modi’s government of sexual harassment.

Akbar is yet to comment publicly on the allegations and the government is yet to issue a response.

‘Neither I am denying this nor do I would agree with it. It (rape) must have happened, but someone else would have done it,’ Nath told an Indian news channel.