Metro Bank has assured customers their money is safe despite unsubstantiated rumours circulating on Whatsapp telling people to withdraw their money as soon as possible.

After suffering a difficult few months, the bank has recently seen a rise in the number of customers trying to take out money at their branches.

Metro Bank has issued a statement assuring customers of its financial health and said plans to raise £350million from investors are ‘well advanced’.

Metro Bank, Britain’s first new High Street bank for over 100 years, has assured customers their money is safe despite rumours circulating on Whatsapp 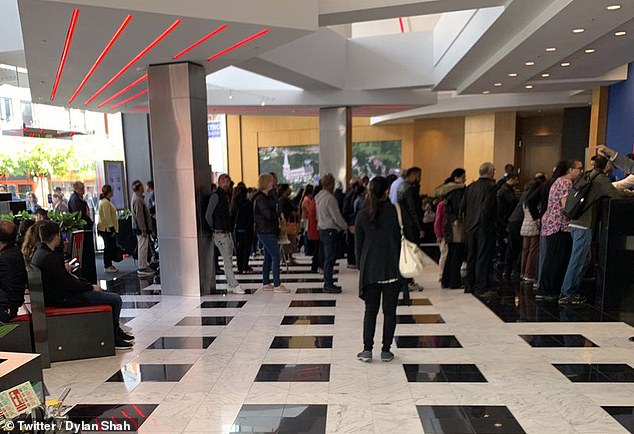 In west London, many customers responded to the rumours by trying to withdraw cash from the branches

The bank told The Guardian: ‘We’re aware there were increased queries in some stores about safe deposit boxes following false rumours about Metro Bank on social media and messaging apps.

‘There is no truth to these rumours and we want to reassure our customers that there is no reason to be concerned.

‘We’re a profitable bank, rated No 1 for personal current account service by the CMA and committed to serving our 1.7 million customer accounts.’

Metro Bank also made customers aware it did not take ownership of items held in safe deposit boxes and deposits are protected up to £85,000.

The statement came after a high volume of people tried to withdraw money from its west London branches.

Photographs on social media show concerned customers wanting to secure their money before facing a repeat of Northern Rock from 2007. 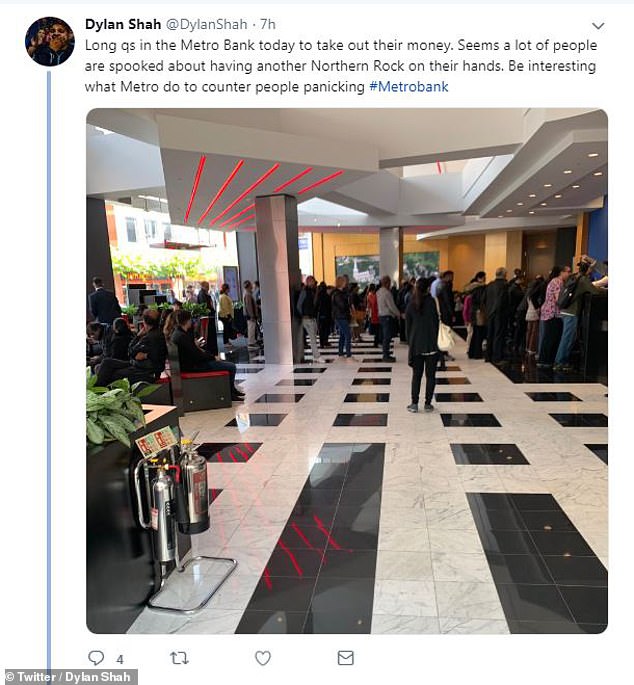 Metro Bank’s shares have plummeted 75 per cent since January after announcing it needed to plug a funding gap.

Despite reports the lender was struggling to raise the cash, they have insisted plans to raise the £350million are well on their way.

Metro Bank, which complies with the liquidity requirements introduced after the banking crisis, hopes the amount will be raised by the end of June.

The bank is expected to reveal the details of its equity fundraising from existing shareholders and new investors this week.

Metro Bank was founded in 2010 by Vernon Hill and has become one of the UK’s main challenger banks.