Mexican cartels are by far the biggest source of illegal drugs flooding the US market, the Drug Enforcement Agency said on Monday.

In its annual report on drug trafficking, the DEA said of the Mexican criminal gangs: ‘No other group is currently positioned to challenge them.’

The report highlighted the strength of the Sinaloa cartel and the growing prevalence of the Jalisco New Generation cartel.

Cocaine use and availability are rebounding in the United States

The Juarez, Gulf, Los Zetas and Beltran-Leyva cartels, which hold territorial influence over large swathes of Mexico, also operate in the United States.

‘Once these illicit drugs are smuggled into the US, they are delivered to user markets in the United States through transportation routes and distribution cells that are managed or influenced by Mexican TCOs.’

It comes as President Donald Trump cites both drug trafficking and unauthorized immigration as reasons to justify building a wall along the US border with Mexico.

In recent years, Mexican gangs have expanded their influence to different regions of the United States, including the northeastern coast’s New England, according to the DEA.

Their market shares has increased, especially in relation to heroin and methamphetamine.

The DEA also found that heroin overdose deaths ‘continue to rise’ from already high levels, while cocaine use and availability was rebounding. 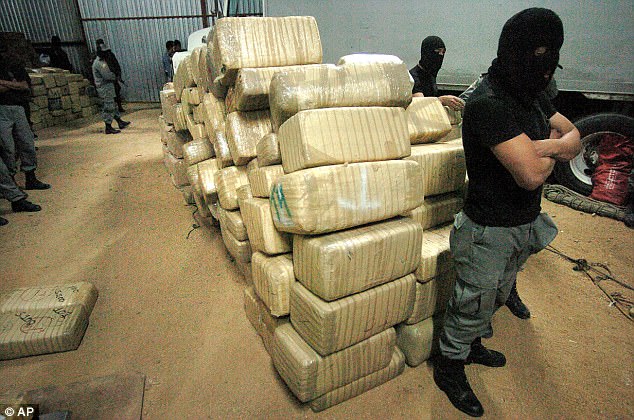 Illicit fentanyl – a narcotic 50 times more powerful than heroin – and other synthetic opioids in the United States are primarily sourced from China and Mexico.

Coca cultivation and production are on the rise in Colombia, the main source of cocaine found in the United States, according to the report.

The DEA warned that ‘the long-term implications of the peace process for the Colombian drug trade are uncertain,’ referring to November 2016 peace accords signed between the government and FARC guerrillas.

‘Some segments of former FARC fighters will likely continue to engage in drug trafficking and other criminal activity, but the degree to which this occurs may depend on the effectiveness of peace accord implementation,’ it added. 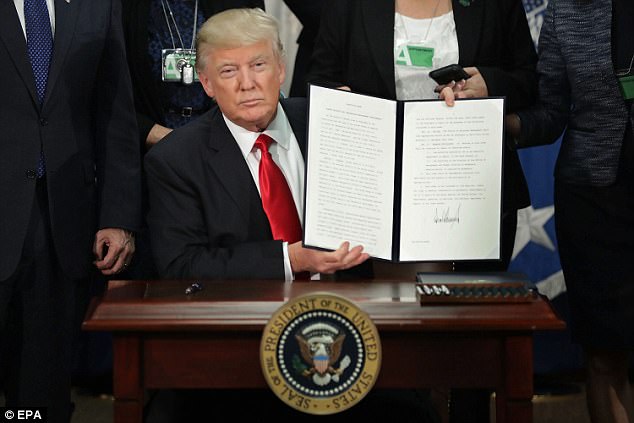 President Donald J. Trump displays one of the executive orders he signed to ‘build the wall’ during a visit to the Department of Homeland Security in Washington