Leaders of the notorious Mexican Mafia ‘gang of gangs’ were charged Wednesday with running a government-like operation to control drug trafficking from inside Los Angeles County jails.

The U.S. attorney’s office charged 83 people in sweeping racketeering conspiracies that alleged they ran drugs and carried out violent assaults and murders against those who didn’t obey.

‘These cases have delivered a major blow to the Mexican Mafia and leaders of many of the street gangs under the control of the organization,’ U.S. Attorney Nick Hanna said.

‘By taking out the gang members who control the jails, and by disrupting their communications network, we undermined the Mexican Mafia’s ability to coordinate street gang activity.’ 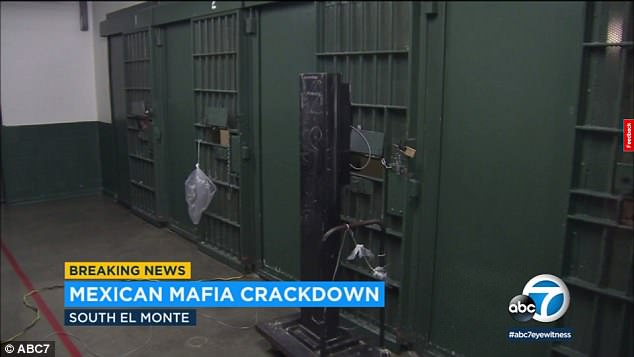 Prosecutors said the gang – an organization of imprisoned Latino street gang leaders who control operations inside and outside California prisons and jails – was able to control smuggling, drugs sales and extortion inside the nation’s largest jail system.

Indictments detailed how the ‘gang of gangs’ had begun in Los Angeles in 1950s at a juvenile jail and had grown to an international criminal organization that had a methodical system to communicate from behind bars, control gang territory and collect ‘taxes’ for drug sales through extortion.

‘These Mexican Mafia members and associates, working together to control criminal activity within (LA County jails), have become their own entity or enterprise and effectively function as an illegal government,’ an indictment said.

The fee, known as a ‘thirds’ tax, gave the name ‘Operation Dirty Thirds’ to the investigation that led to the indictments and arrest of 32 people early Wednesday. Another 35 defendants are in custody and 16 were fugitives.

The indictments said the gang enriched itself through drug sales, collecting taxes on drugs and even collecting a share of purchases from the jail commissary. It was able to exert control by threatening and carrying out violence if people didn’t pay up or follow the rules.

The indictment said Jose Landa-Rodriguez and two now-deceased members of the gang controlled operations in the jail between 2012 and 2016.

Landa-Rodriquez, 55, is accused of sanctioning murders, assaults and the kidnapping and planned murder of a relative of a gang member who defied him, the U.S. attorney’s office said. 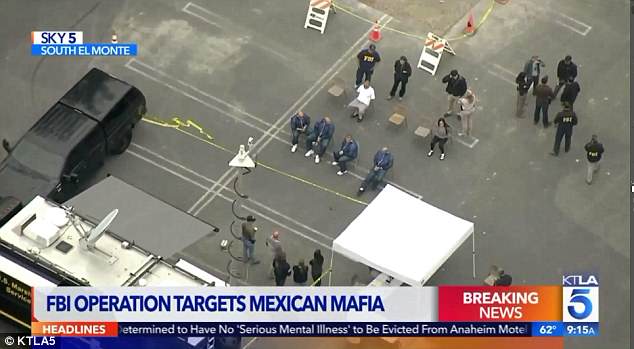 The indictments charge the gang enriched itself through drug sales, collecting taxes on drugs and even collecting a share of purchases from the jail commissary

A second higher-up, Luis Vega, 33, ordered a murder and directed assaults against those who showed disrespect or didn’t obey rules, the indictment said.

One of the group’s facilitators was attorney Gabriel Zendejas-Chavez, who was able to carry messages to the gang members while operating under the shield of attorney-client privilege, the indictment said. He is accused of enabling a plot to extort $100,000 from the Mongols outlaw motorcycle gang.

Zendejas-Chavez was arrested Wednesday. A woman who answered the phone at his office was unaware of the arrest and didn’t comment.