Mexico won 3-1 in a fiery encounter that saw both teams reduced to 10 men and tension boil over on several occasions.

Osorio says the incident happened at the end of the game, with the Atletico Madrid defender angry because the coach had instructed his players to target his weaker left foot. 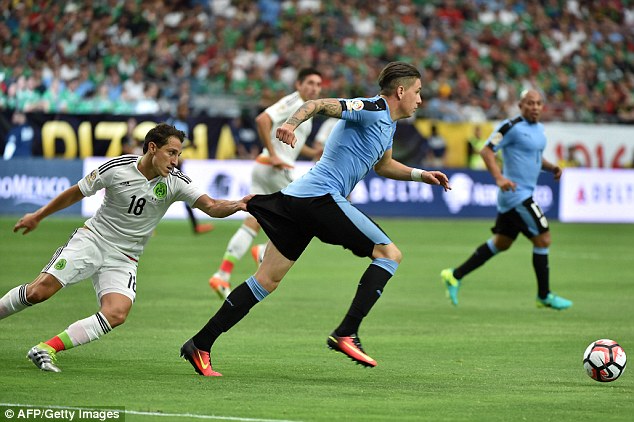 ‘I think it was very clear, no? After the game Mister Gimenez came, insulted me, and went,’ said an angry Osorio.

‘Any coach has the right to direct the play at the weaker foot of any player.’ 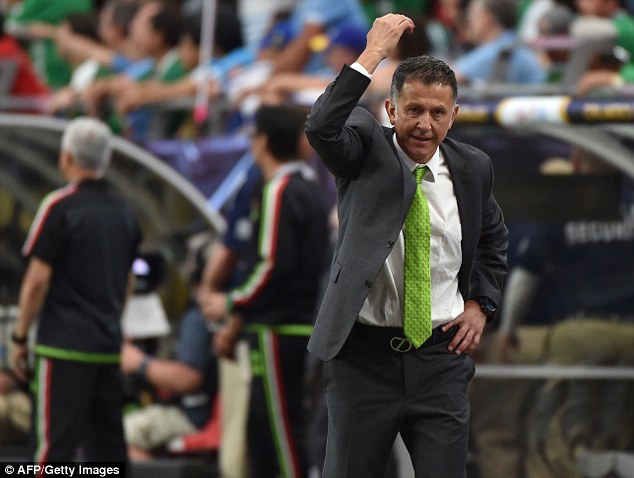 Osorio was insistent that it was a reasonable tactic to target Giminez, one that any other manager would use 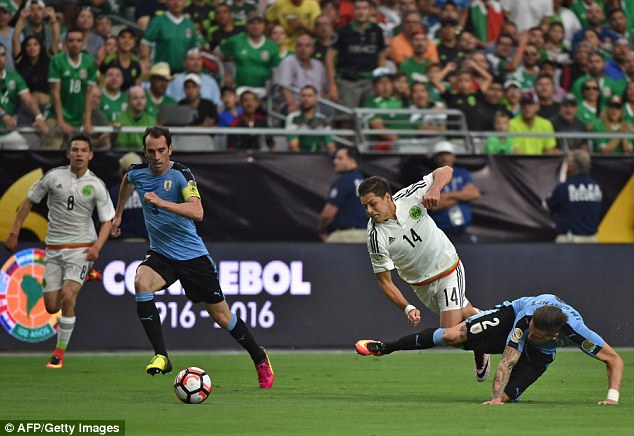 Matias Vecino and Andres Guardado were both sent off in the game itself, which saw Mexico dominate the first half, taking the lead through an Alvaro Pereira own goal, but 10-man Uruguay fight back in the second.

Strangely after Mexico had Guardado, their best player, dismissed, their performance picked up again and they ended up winning thanks to Rafa Marquez and Hector Herrera strikes.

Gimenez’s alleged insult wasn’t the only controversy of the game, with farcical scenes at the start when Chile’s national anthem was played instead of Uruguay’s, much to the chagrin of fans and players alike. 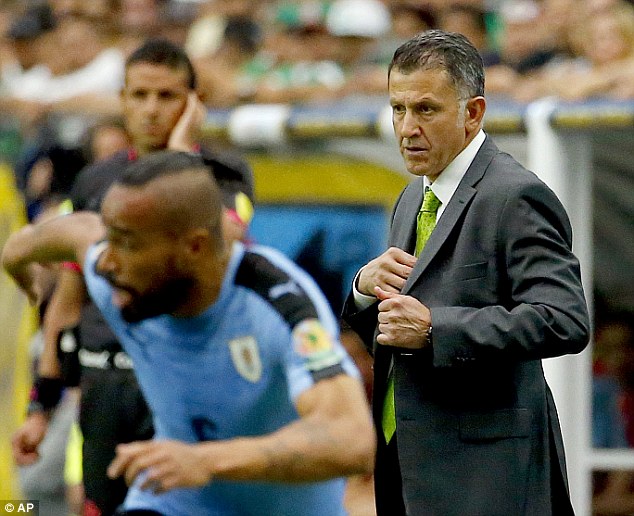 Mexico had Andres Guardado, their best player to that point, sent off, but improved after the dismissal