MH370 search under review, may be scrapped: Mahathir

The search for  Malaysia Airlines flight MH370 will end on Tuesday next week and there will be no more extensions, Malaysia’s new transport minister said.

The Malaysia Airlines jet disappeared in March 2014 with 239 mostly Chinese people onboard while en route from Kuala Lumpur to Beijing.

Malaysia had agreed to pay U.S. firm Ocean Infinity up to $70 million (£52.3 million) if it found the plane during a 90-day search in the southern Indian Ocean.

Still missing: Malaysia Airlines Flight 370 disappeared in March 2014 with 239 people onboard while en route from Kuala Lumpur to Beijing

The hunt for the Boeing 777 was previously expected to end in June, as the 90-day agreement did not cover time taken for refuelling and resupplying search vessel Seabed Constructor.

However, Ocean Infinity had finished scouring its targeted search area in April and had requested an extension until May 29, Loke said.

‘This morning I raised this (request) in cabinet and we agreed to extend to May 29,’ he told reporters in Putrajaya, Malaysia’s administrative capital. Asked if that mean no further extensions, he said: ‘Yes.’

Mahathir, 92, ousted the long-ruling Barisan Nasional coalition, led by ex-premier and former protege Najib Razak, in a stunning election upset on May 9. 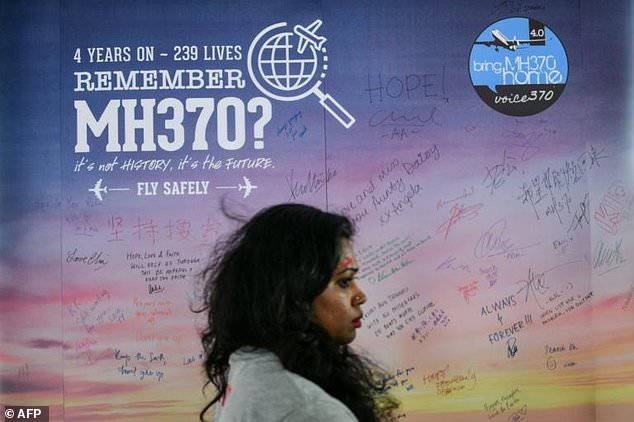 Remembering: A woman walks past a memorial wall  remembering the victims of the tragedy 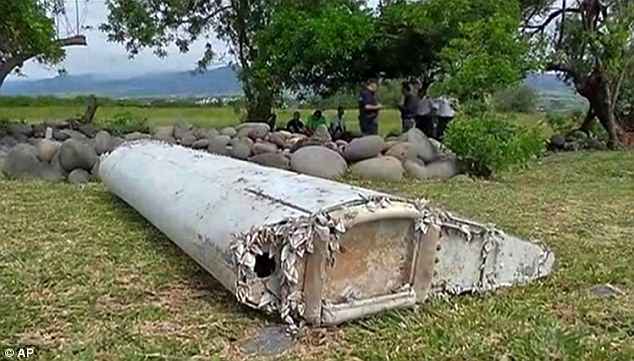 A piece of the wing of a Boeing 777 found on the Indian Ocean island of Reunion belonging to the doomed airliner MH370 pictured in 2015, the only part of the wreckage ever found

Loke, who was sworn in as minister on Monday, said the government would release a full report on the investigation into MH370’s disappearance after the offshore search was completed, but had not yet determined a date for the report’s release.

Voice 370, a group representing the relatives of those aboard the flight, had called on the new government to review all matters related to MH370, including ‘any possible falsification or elimination of records related to MH370 and its maintenance’.

‘I’m not privy to whatever details that may not have been revealed, but as minister, I am committed to releasing all details to the public,’ Loke said.

The decision to engage Ocean Infinity came after Australia, China and Malaysia ended a fruitless A$200 million ($159.38 million) search across a 46,332 square miles area in the Indian Ocean last year, despite investigators calling for the target area to be extended  9,653 square miles north.

The Seabed Constructor has covered 33,205 square miles so far but has yet to identify any significant findings, Ocean Infinity said in its weekly search update on May 15.