Scotland Yard and MI5 have identified a ‘hard core’ of 100 British jihadists who would pose a serious threat to national security if they come back to the UK.

But it is thought only around 10 or 20 are expected to return as most are determined to die on the battlefield.

Sources claim they have identified nearly all the 850 extremists from Britain who travelled to the Middle East as the terror group took control of Syria and large swathes of Iraq and have sufficient evidence to bring charges against most of those who are yet to return.

With this being the case there now appears to be a greater threat from ‘stay at home jihadis’ than those who have fought with ISIS.

Olivier Guitta, managing director at risk consultants GlobalStrat, told MailOnline: ‘Jihadists have always represented a much larger threat than returnees because they represent a much potential larger pool, are much more under the radar than the ones that travelled to Syria/Iraq that are known to Western security services and would be picked up upon return.

‘As early as September 2014 ISIS called for their followers in the west not to travel to Syria or Iraq but stay at home and carry out terror attacks against ‘infidels”.

MI5 have previously said around 3,000 violent Islamist extremists are operating in the UK.

There is growing concern about the threat posed by freed terrorist convicts in the UK and the relatively short sentences handed down for ‘propaganda’ offences such as disseminating terrorist material, encouraging terrorism, ‘possessing information for terrorist purposes’ and ‘collecting information … to provide practical assistance’ to a terrorist.

Counter-terror officials are concerned the jail terms for such offences are too lenient, the London Evening Standard reported.

Special ‘jail-within-a-jail’ units are being created to house extremists to try and stop them disseminating hate behind bars. 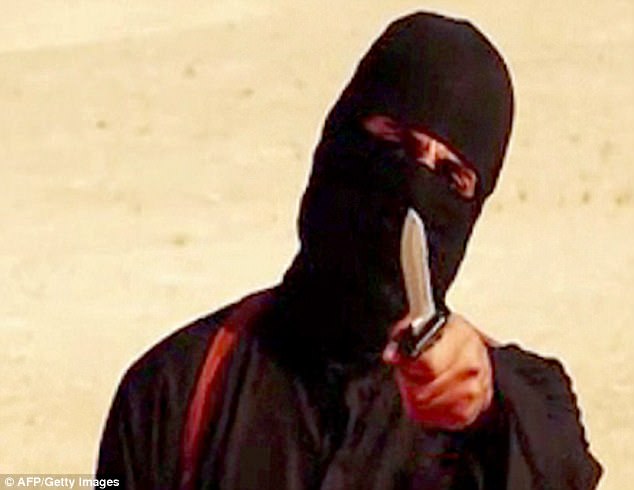 Mohammed Emwazi, known as Jihadi John, was killed in a drone strike in Raqqa 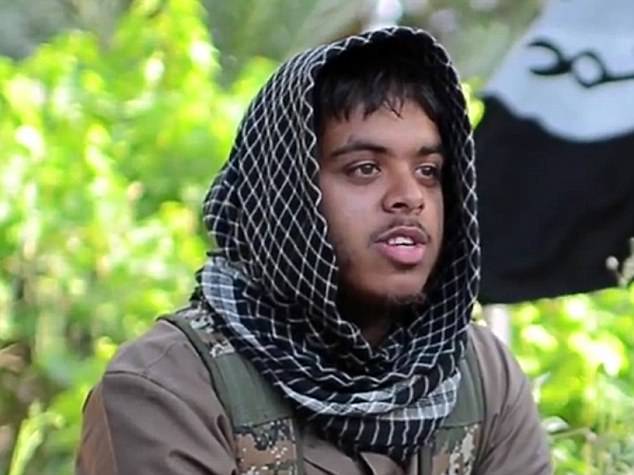 The establishment of separate units for extremists was recommended after a review of Islamic extremism in prisons conducted last year.

Anjem Choudary is the first extremist to have been moved into the new unit in HMP Frankland in County Durham.

Around 2,000 ISIS militants remain in the Syrian city of Raqqa amid an offensive to recapture the group’s de facto capital.

ISIS seized Raqqa in 2014, proclaiming it the capital of a ‘caliphate’.

The Syrian Democratic Forces (SDF) have been gradually advancing on the city since November, and launched an offensive to take it on June 6.

It now holds more than half of the city, but the fighting has proved fierce and civilians have been killed both in the crossfire and while trying to flee.

According to the United Nations 25,000 civilians are trapped inside the city.