Kevin Armitage, 53, (pictured) has been sentenced to two years and nine months in prison and will be supervised for 10 years after his release, after he arranged to meet an underage girl on a sex trafficking site

A Miami University professor who attempted to pay for sex with an underage girl has been jailed for two years and nine months.

Kevin Armitage, 53, will be supervised for 10 years after his release, after he was discovered to have nearly 600 posts on sex trafficking website ‘usasexguide’.

He left his job at Miami University where he worked as a professor of Individualized Studies shortly before he was formally charged with the crime last summer.

Armitage pleaded guilty in May to travelling across state lines to engage in illicit sexual conduct.

Armitage’s wife filed for divorce last year, which was reportedly finalized in April of this year.

He was sentenced Thursday to two years and nine months behind bars, with 10 years of supervision upon release.

Via the website, Armitage planned to travel to Kansas City in May 2018 to have sex with a 14-year-old sex trafficked girl who goes by the name of Crystal.

Throughout multiple conversations on usasexguide, Armitage acknowledged the girl was only 14 years old, but it didn’t deter him, according to the Cincinnati Enquirer.

The former professor met with who be believed was the girl’s cousin and was in fact an FBI agent in a restaurant at the Country Club Plaza, before the planned meeting. 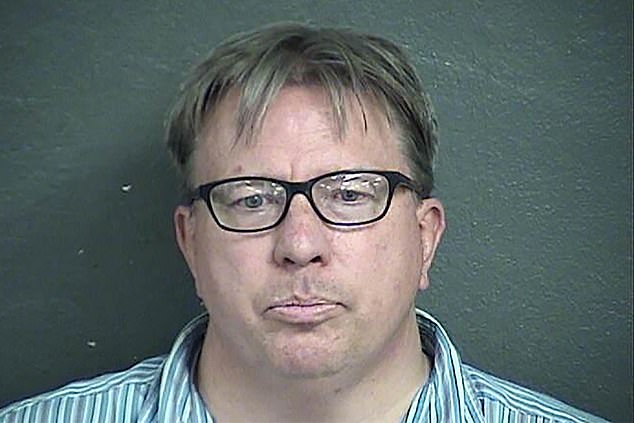 The FBI agent, after establishing Armitage understood he was meeting with a 14-year-old girl, arrested him.

Federal prosecutors said Armitage was willing to exploit an underage girl for money. ‘The defendant understood he was communicating with an individual he believed was a 14-year-old runaway,’ prosecutors said in documents obtained by the Cincinnati Enquirer.

‘The defendant never communicated concern for the purported 14-year-old’s well-being, never suggested that she should seek help from authorities or social service agencies, and never expressed any regrets that he would be engaging in commercial sex acts with a child.’