It was my hope that the 10th anniversary of my greatest day in football would be marked in a spectacular way, but not like this.

A decade on from Manchester City’s first Premier League title, we got ’93:20′ in reverse on Wednesday.

I’ve scratched my head, trying to find a comparable experience from my career, but I’m at a loss to explain what happened against Real Madrid in those fateful final minutes.

Perhaps the best way to frame it is this — I now understand what Manchester United’s players went through at Sunderland in 2012, when they were standing on the pitch, thinking they were going to be champions, until we ripped it away from them in stoppage time.

When you are so close to the ultimate ambition, almost at the point where you can feel the reward, to be left with nothing brings utter desolation.

I wasn’t even playing in the Bernabeu, so goodness knows how Pep Guardiola and his players feel right now. 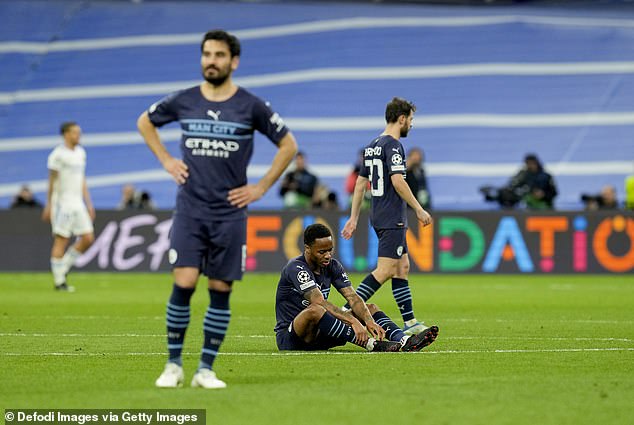 I’d liken what I saw to a boxing match, where one fighter is comfortably ahead and has negotiated the main stretch of the bout. He’s bobbed and weaved, he’s jabbed away and kept his defence tight but then, somehow, he’s been cleaned out by a haymaker. One shot and it’s all over.

For City, it was one-two-three in quick succession that did for them and I can understand why some fans will be thinking success in Europe is not meant to be. I do believe, one day, City’s time will come but I never really felt confident this week. There is something about that stadium for City.

Yes, Guardiola oversaw a win there in February 2020 but nobody will forget the semi-final defeat in May 2016 — an own goal from Fernando was all that separated the teams then — while the first visit in September 2012 was also dramatic.

I was a non-playing squad member that night. We led twice, 1-0 then 2-1 with five minutes to go, but Real conjured a fightback and Karim Benzema and Cristiano Ronaldo turned the game upside down. It felt bad, of course, but it wasn’t a surprise.

Real’s squad was superior to ours. Ronaldo was at his peak, Benzema wasn’t guaranteed to start. Xabi Alonso, Michael Essien and Sami Khedira were in midfield, Angel Di Maria on the wing. We just didn’t have the same depth of talent and overall quality.

City were underdogs but, now, they were travelling with a squad that in many respects was better. From the position they were in — two goals ahead on the cusp of stoppage time — they should really now have been preparing for a trip to Paris. 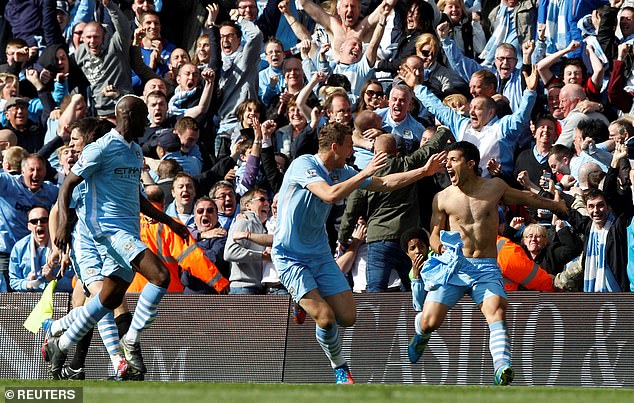 I now understand what Manchester United’s players went through at Sunderland in 2012, when they thought they would be champions, until we ripped it away from them in stoppage time

Inevitably, there has been criticism of Guardiola. I’m never afraid to cast a critical eye over his work but, on this occasion, I don’t see what more he could have done to get City over the line.

You can argue about his substitutions but I could see why each move was made. To put it simply, no, the manager cannot be blamed. Another argument I’ve heard is Real didn’t deserve to go through because they didn’t play as well as City.

Again, that’s ridiculous. You can point to stats but the only statistic that matters is goals scored and conceded. All the other numbers do is provide a picture of the game.

Does anyone ever say about Manchester United that they won the treble in 1999 but were poor in the Champions League final against Bayern Munich? No. They beat Bayern 2-1 by digging in and never giving up and that’s exactly what Real did to City.

Honestly, I can’t make sense of it. Part of me wonders whether playing in the Premier League, where they are so good at winning the ball back high up the pitch and they enjoy such possession, lulls them into a false sense of security in European games. 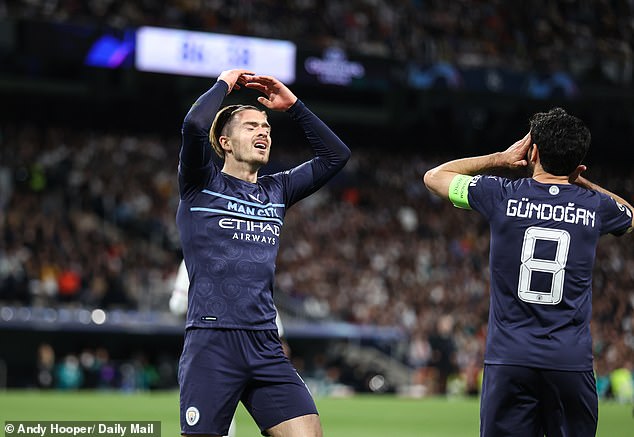 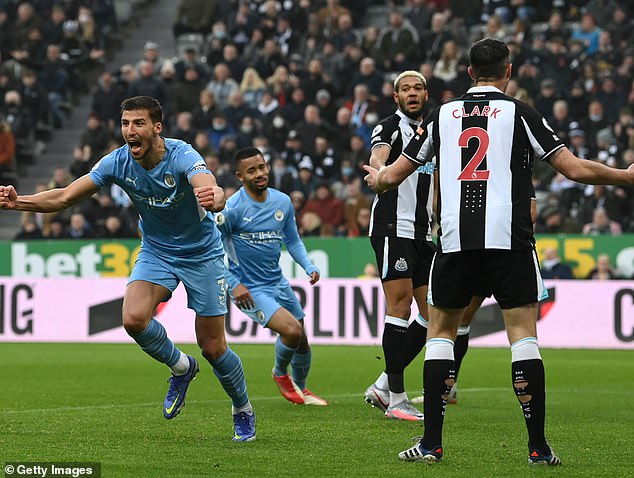 If Pep can lift his players to beat Newcastle on Sunday, I think they will win the Premier League

This suggests that in the biggest of games, against the very best of opponents, they have found it difficult to defend at the level we have become accustomed to seeing on the domestic front.

Until that ruthlessness returns in front of goal, something so clearly missing against Real, they run the risk of experiencing further nights like Wednesday. What will it mean for the Premier League? We will know on Sunday.

The stadium will have to be alive because the players will need lifting. Producing a performance against Newcastle after defeat is significantly different to winning at Leeds following their first-leg exploits.

I believe three points will see them go on to become champions and that, more than anything, would be an appropriate way to celebrate what we did in 2012. Four titles in five years would be an outstanding achievement.

Still, it’s going to take a while to get Madrid out of everyone’s system. I couldn’t answer my phone on Thursday as I was still so shocked by what I’d seen. If City had lost 4-0, you could process that and shake hands that the better team won.

But this was a moment without comparison in terms of emotions. It’s not an experience anyone will ever wish to repeat.

Micah’s Man of the Week

As much as Manchester City’s defeat by Real Madrid hurt, I have to give recognition to Carlo Ancelotti.

He is a class act, a serial winner and the ability to stay calm in high-pressured situations has led him to have a career that is to be envied and admired.

What a seven days it has been for the Italian, winning La Liga to complete the set of the big five league titles in Europe — England, Italy, Germany, France and Spain — before masterminding the Champions League semi-final comeback against City.

Ancelotti has always had the knack of making the right call at the right time and his decision to introduce Eduardo Camavinga — what a player he is going to be, by the way — and Rodrygo changed the balance of the contest.

All his substitutions, even in extra time, helped Real establish control.

I don’t want Madrid to go on and lift the trophy in Paris — I hope that honour falls to Mohamed Salah and Liverpool — but I couldn’t write my column this week without expressing my respect for Ancelotti, a man who continues to excel. 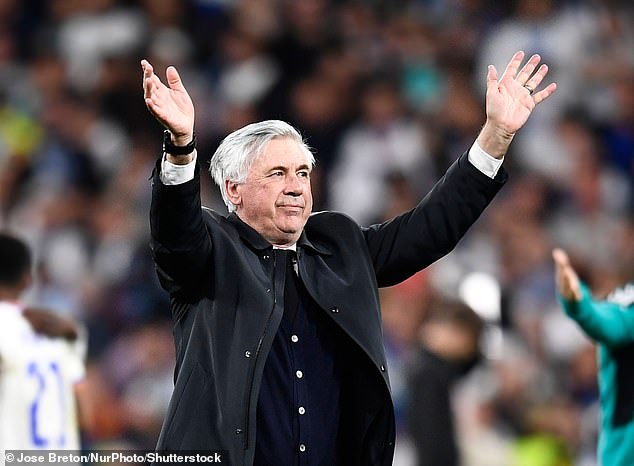 David Moyes will be feeling low this weekend and understandably so.

Going out of the Europa League was a bitter pill to swallow and he’ll wonder if such an opportunity will come round again.

What I hope people can see, through the disappointment, is the fine manager he is. The work he has done to resurrect West Ham has been outstanding.

I love how he works and what he stands for. If anyone deserves a big moment at some point in their career, it’s Moyes.

Regular readers will know I have stuck my neck out with Arsenal. I wrote a column last month saying ‘nobody is laughing at them’ and the reason I have been so bold is because of what I have consistently seen from manager Mikel Arteta.

Handing him a new three-year contract was the right thing to do.

I suspect plenty of critics would have thought he was lucky to get three more games at the beginning of the season, when Arsenal started by losing to Brentford, Chelsea and Manchester City. 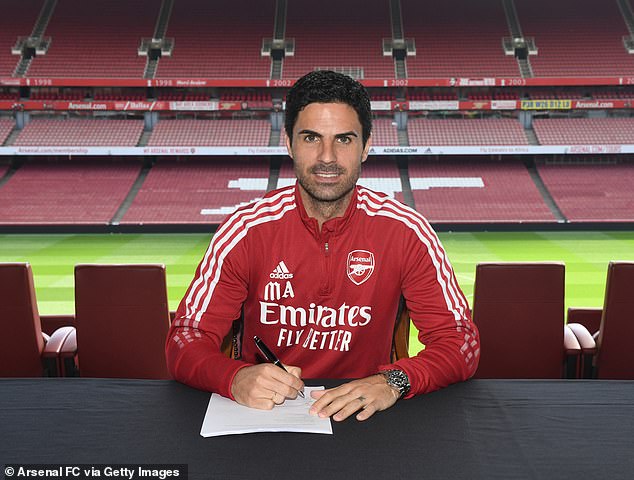 I saw signs, however, that they had something brewing and were working along the right lines.

It was a big call for Arteta to allow Pierre-Emerick Aubameyang to leave, but the move has worked out well for everyone.

They now need to finish the job and qualify for the Champions League.