The Norwegian striker marked his Premier League debut for Manchester City in style by scoring a brace as Pep Guardiola’s side beat West Ham 2-0.

Haaland’s father, Alfe-Inge, was in the stands at the London Stadium and Richards joked about his long-standing feud with Keane. 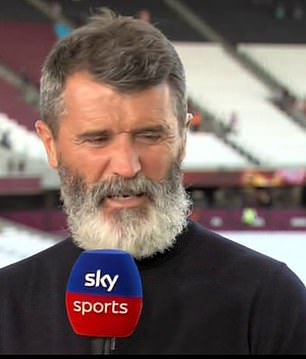 Discussing Haaland’s performance in their post-match analysis on Sky Sports, former England Women’s international Karen Carney explained how Haaland is made to be a great player due to his genes.

She said: ‘We checked it earlier, his mum is an athlete as well and we know what his dad has done in his history. He’s going to be an absolute specimen…’

Host David Jones then interrupted, asking: ‘What’s his dad done?’ prompting Richards to say: ‘He was waiting for Roy over there before. I have never seen Roy so nervous, to be honest.’ 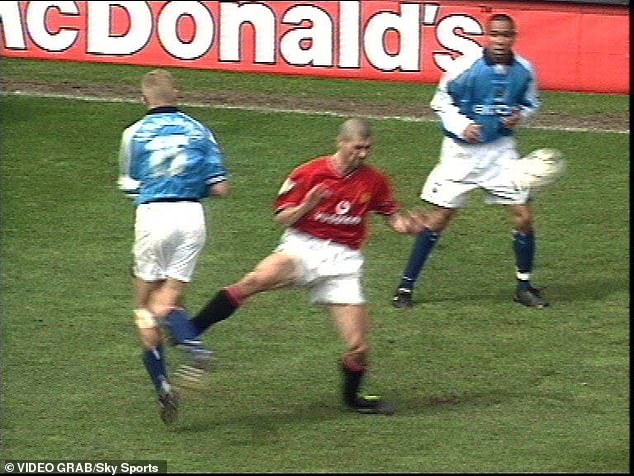 Keane then smiled and joked: ‘I think he said to wait for me over there!’

During a clash between Manchester United and Manchester City in 2001, Keane all but ended Haaland senior’s career with a strong tackle that saw him receive a red card, three game suspension and fined £5000.

Keane went on to admit he made the foul intentionally and as a result received a further five-game ban and another fine of £150,000

The pair’s feud started four years earlier when the Norwegian, who was playing for Leeds at the time, caused Keane to suffer a serious knee injury 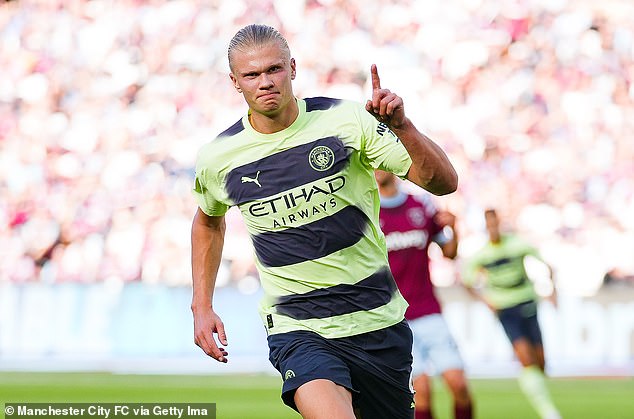 Despite their feud, Keane heaped praise on striker Haaland’s performance against West Ham, saying: ‘Haaland gives them a different option.

‘City’s passing and the way they wore West Ham down, who are no mugs. They toyed with them. But even when teams push up, Haaland will threaten in behind now.

‘It’s going to be a different challenge for defenders now with Haaland running in behind. West Ham didn’t cope.’