Michael and Kyle Clark have shared subtle messages of support in the wake of their shock split, vowing to keep a harmonious family unit for the sake of their young daughter.

The former Australia cricket captain, 38, and his wife of seven years reportedly separated in September but kept their break up a secret until it was announced on Wednesday.

The high-school sweethearts said the ‘amicable’ decision was ‘the best course’ for their four-year-old daughter, Kelsey Lee.

In the days leading up to the announcement, the pair focused on little Kelsey Lee, conveying her as the driving force behind a harmonious end to their marriage – and emphasising the defining role she will play in both their lives. 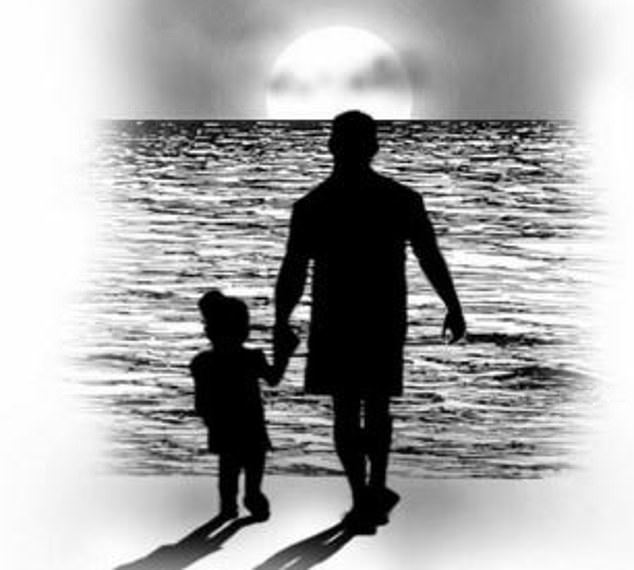 On Monday, Clarke posted a tender drawing of him holding Kelsey Lee’s hand as they walk towards the water at a beach. He captioned it ‘Right beside you’ 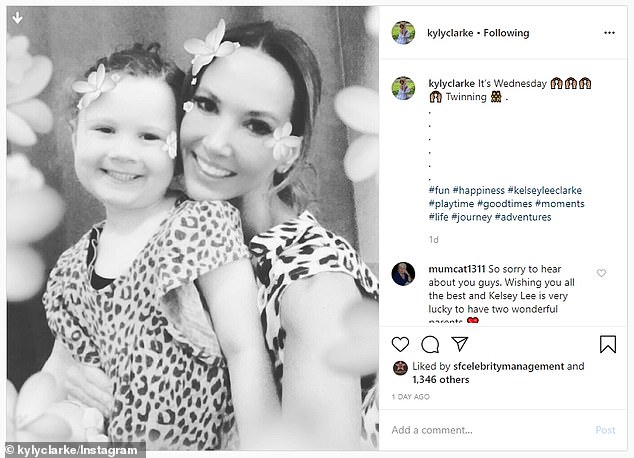 Then on Wednesday, just hours before news of their divorce made national headlines, Kyly echoed Clarke’s sentiment by posting a photo of her and Kelsey Lee

On Monday, Clarke posted a drawing of him holding Kelsey Lee’s hand as they walked towards the water at a beach.

‘Right beside you,’ the former Test skipper captioned the sweet post, along with the hashtags ‘#love #family #myangel’.

Then on Wednesday, just hours before news of their divorce made national headlines, Kyly echoed Clarke’s sentiment.

The House Rules judge posted a black and white snap of her embracing Kelsey Lee with the caption ‘It’s Wednesday … Twinning.’

Both posts were ‘liked’ by each other, further cementing their commitment to peaceful co-parenting. 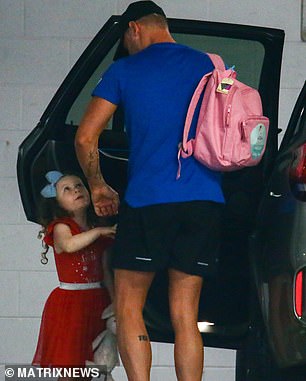 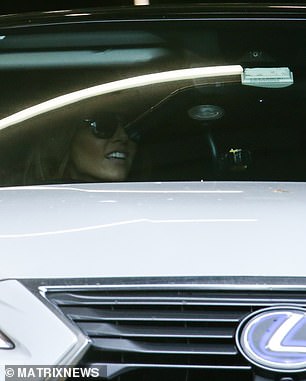 Kyly was spotted picking up their only child, Kelsey-Lee, from pre-school in the exclusive Sydney suburb of Vaucluse on Thursday afternoon, hours after her soon-to-be ex husband dropped the four-year-old off that morning 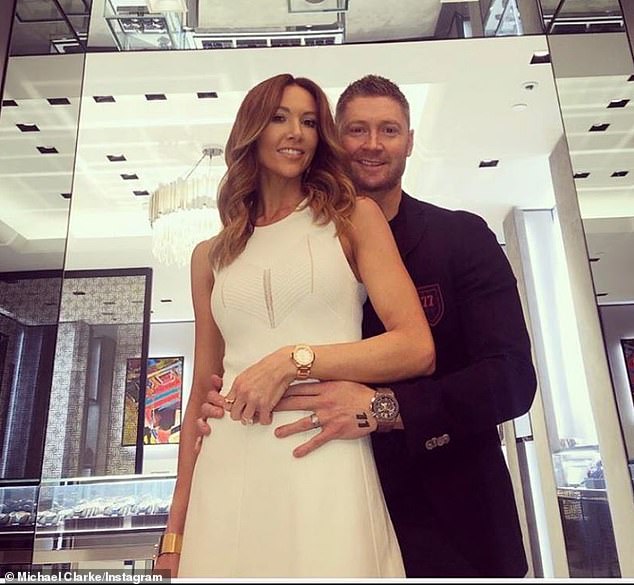 Clarke has previously opened up about the impact his parents’ divorce had on him, and how it made him reluctant to enter into a committed relationship.

‘Their break-up affected me to the core. When I split up with my then-fiancee Lara Bingle in 2010, part of the undercurrent in my thinking is that if a couple like Mum and Dad can’t make it, what hope have I got,’ he wrote in his 2016 autobiography My Story.

‘I don’t even want to start a serious relationship if it’s going to end in a separation.

‘Mum and Dad are my heroes, and their marriage has always been a kind of gold standard for (sister) Leanne and me. I can’t imagine myself measuring up to my parents’ partnership. How can I do it, if they can’t?’

‘It takes me a long time to get over that fear. When Kyly Boldy and I started dating, I opened up with her about it.’

Clarke said there was a ‘strength of love’ between him and Kyly that helped him move past his own self-doubt.

Clarke and Kyly (née Boldy) met at Westfields Sports High School in Fairfield, but were not friends until they connected on Twitter after his split with model Lara Worthington.

‘When Kyly Boldy and I start dating, I open up with her about it. There is a strength of love between us that helps me get over my self-doubt,’ he wrote. 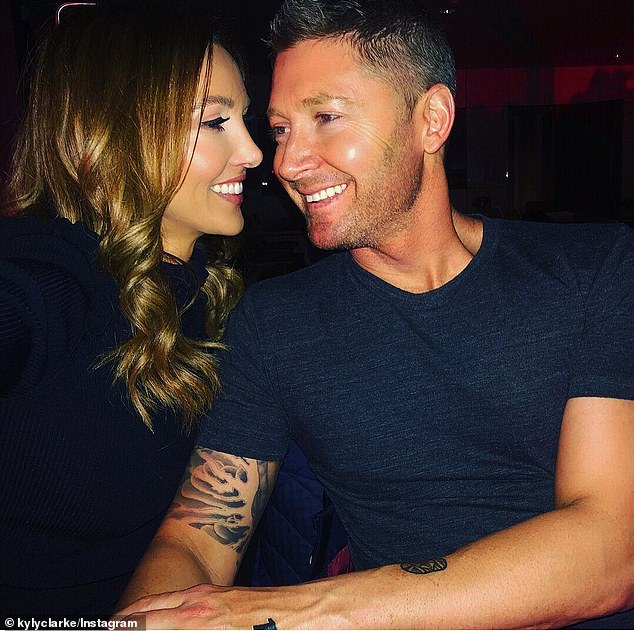 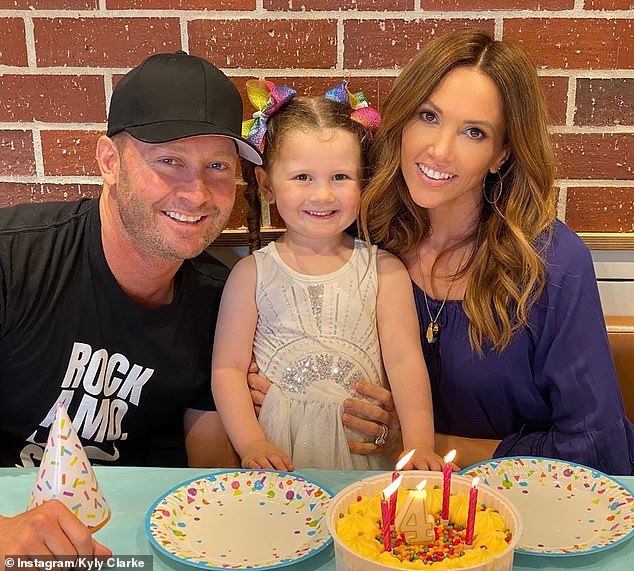 In November, the couple united for Kelsey-Lee’s birthday at McDonalds and Mrs Clarke shared pictures of her smiling with her family while wearing her wedding ring

However, until Wednesday night, Mrs Clarke continued to wear her wedding ring and pose for happy family photos in an effort to keep up appearances.

In November, the couple united for Kelsey-Lee’s birthday at McDonalds and Mrs Clarke shared pictures of her smiling with her family while wearing her wedding ring.

The following month, the Clarkes once again appeared the perfect couple as they celebrated Mrs Clarke’s parents’ 50th wedding anniversary in Sydney.

The Clarkes have reportedly already agreed terms on their imminent divorce – as well as arrangements to co-parent their daughter – without going through the courts. 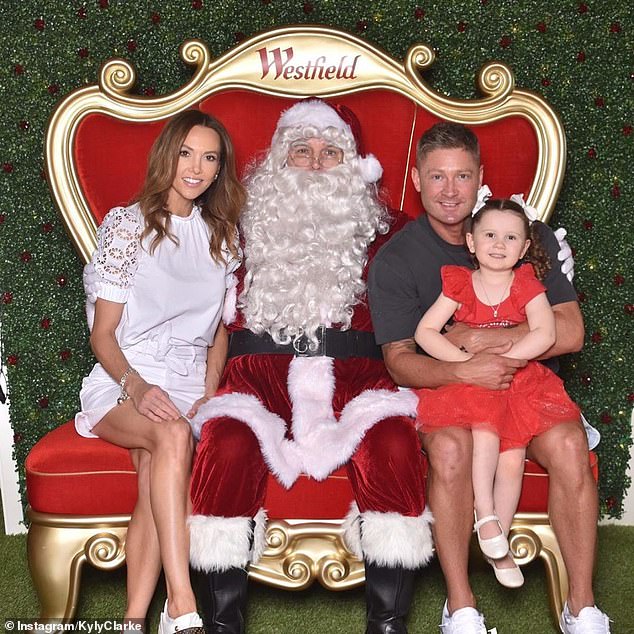 The former Australian cricket captain, 38, and his wife of seven years reportedly broke up in September but kept their $40million split secret. The couple are pictured with daughter Kelsey- Lee before their split 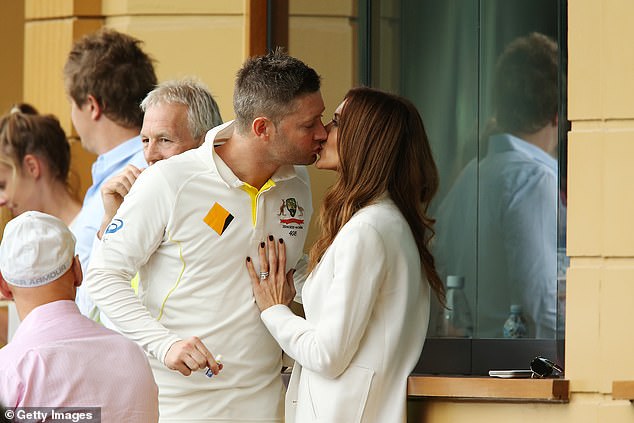 Michael Clarke of Australia kisses his wife Kyly Clarke during a rain delay during day two of the First Test match between Australia and India at Adelaide Oval on December 10, 2014 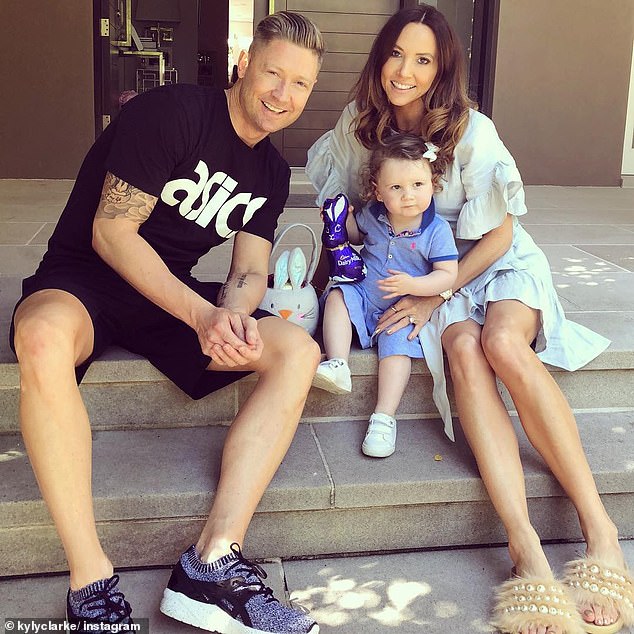 In November 2018, Clarke made headlines when he and his bikini-clad assistant, Sasha Armstrong, were spotted on Sydney Harbour aboard a super-yacht.

The pair enjoyed a swim in the ocean and engaged in a long conversation as they relaxed in the sun.

The mother-of-one added the key to a happy marriage is to keep up regular date nights. 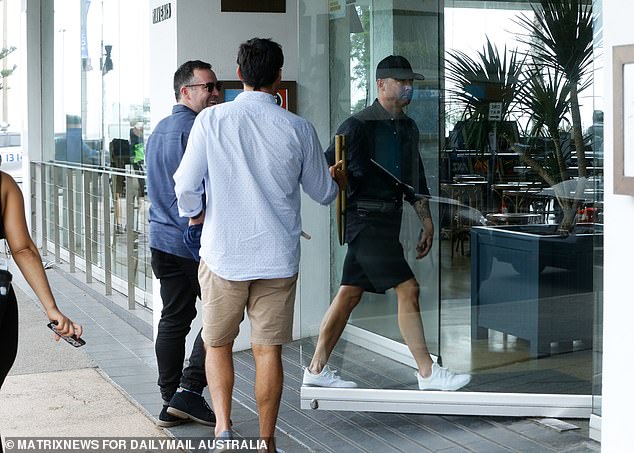 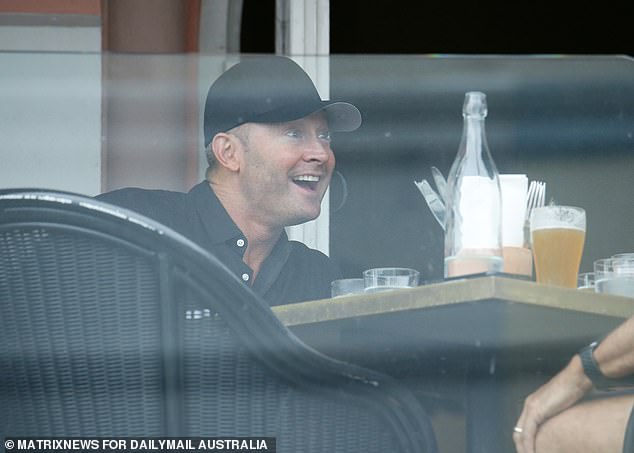 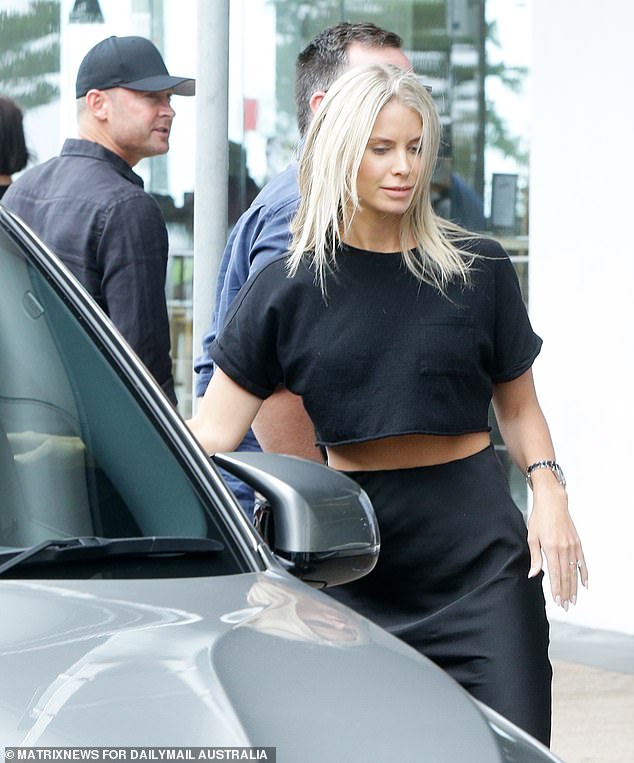 Michael Clarke’s assistant Sasha Armstrong was seen dropping off the group of friends on Thursday but did not join them for drinks. The glamorous blonde made headlines in 2018 after she was photographed bikini-clad on Sydney Harbour aboard a super-yacht with her boss

Clarke was spotted having a few drinks with friends on Thursday after being dropped off at a Bondi Beach bar by Ms Armstrong.

Clarke appeared to be in good spirits during the friendly outing – but kept a low-profile, wearing an all-black getup with a black baseball cap.

Earlier, Ms Armstrong was seen dropping off the group of friends but did not appear to stay for drinks.

The split is the second of Clarke’s high-profile relationship breakdowns.

In 2010 he revealed he had split with fiancee Lara Bingle, who was the face of Scott Morrison’s 2006 Tourism Australia ‘where the bloody hell are ya?’ marketing campaign.

It was widely reported Bingle flushed her engagement ring down the toilet of his Bondi apartment – a claim Clarke denied. 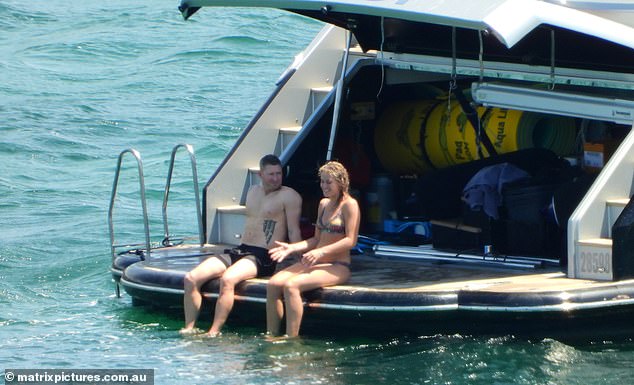