Billionaire and medial mogul Mike Bloomberg tripped himself up when he said Cory Booker, one of his rivals for the Democratic 2020 presidential nomination, was ‘very well spoken’ during a broadcast interview Friday.

Bloomberg, speaking to CBS, made the comment when he was asked about Booker’s concern that there may not be any black candidates left when the next Democratic debate takes place.

Booker, who is black, said in an interview afterwards that he was ‘taken aback’ by his white rival’s remarks.

Mike Bloomberg tripped himself up when he said Cory Booker, one of his rivals for the Democratic 2020 presidential nomination, was ‘very well spoken’ during a broadcast interview Friday 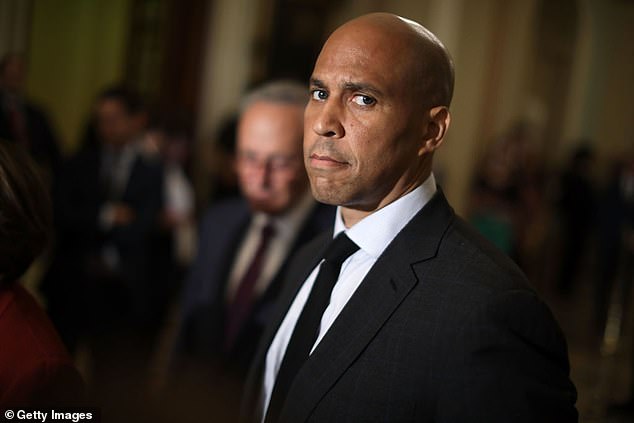 Bloomberg later admitted during a campaign stop in Augusta, Georgia, that he chose the wrong language when speaking about Booker.

‘I probably shouldn’t have used the word(s)’, he said, reports FOX News.

Booker is the former mayor of Newark, New Jersey, while Bloomberg was mayor across the river in New York City.

Both are seeking the Democratic party’s nomination for the 2020 presidential election, although Bloomberg has been known to switch parties. He broke ranks previously when he first won the mayor’s seat in New York as a Republican in 2002.

Gayle King during a CBS This Morning interview Friday noted how Booker has mentioned that the stage during the next Democratic debate on December 19th at Loyola Marymount University in Los Angeles may be absent of people of color.

With Kamala Harris, who is black, dropping out of the race this week, the upcoming debate could end being all white.

Candidates Tulsi Gabbard, who is Samoan-American, and Andrew Yang, whose parents are from Taiwan, have not yet qualified.

Booker and Julian Castro, whose parents are Latino, are not likely to.

King asked Bloomberg if Booker’s observation of a possible all-white debate would be a problem for him, prompting the former mayor to say his  ‘well spoken’ remark, but he added that ‘it would be better the more diverse any group is’.

‘But the public is out there picking and choosing and narrowing down this field,’ Bloomberg explained. 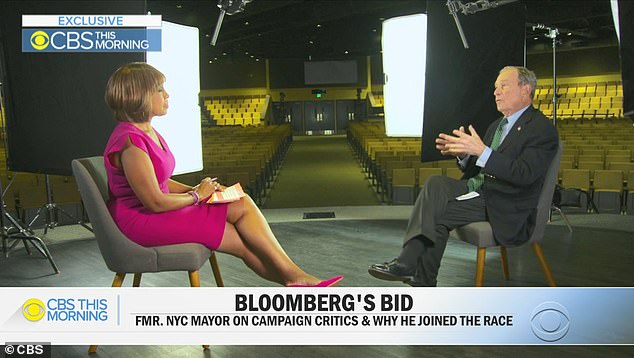 Gayle King (left) interviews Mike Bloomberg during a CBS This Morning news segment on Friday. She noted how Bloomberg’s rival Cory Booker has mentioned that the upcoming Democratic debate on December 19th  in Los Angeles may be absent of people of color

‘The truth of the matter is you had a lot of diversity in the candidates, some of whom were very competent. Why they aren’t there as you narrowed it down, I– you have to talk to other people who are experts. I don’t know,’ Bloomberg said.

Booker, who is currently a New Jersey senator, in his interview on Sirius XM was not impressed.

‘It’s sort of stunning at times that we are still revisiting these sort of tired tropes’, he said.

Booker added about Bloomberg and others using such language, ‘the fact that they don’t understand is problematic’.

With blackface controversies that have emerged this year, Booker said he doesn’t ‘think folks understand with Kamala dropping out of the race, why so many people, friends of mine and family members of mine who weren’t even supporting her, found insulting, not being in this race with her qualifications, her experience, her talent and her gifts and other people are — who frankly are, very bluntly, do not have her same record’.

Booker still pointed out that Bloomberg had given him ‘a tremendous amount of practical support’, when he first became mayor of Newark in 2006.

‘I just have a great deal of regard for him as somebody who helped me help the city of Newark’, Booker said. 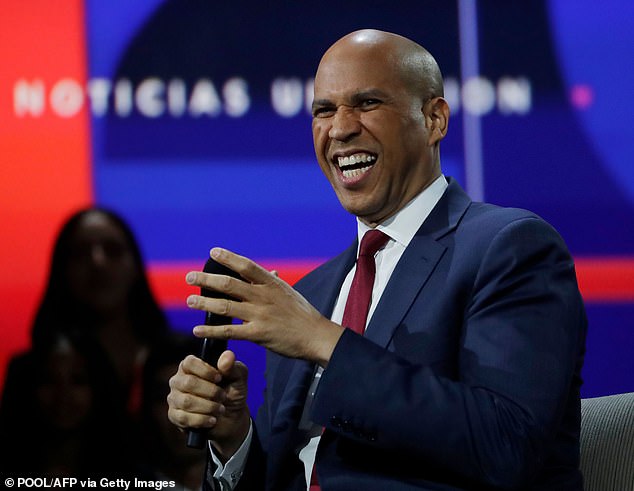 Booker still pointed out that Bloomberg had given him ‘a tremendous amount of practical support’, when he first became mayor of Newark in 2006