There’s been plenty of speculation that whether they have another baby on the way.

And Michael Buble confirmed that his actress wife Luisana Lopilato is indeed expecting, as he took to the stage at the Juno Awards on Saturday.

The singer reminded the audience that five years ago, when he hosted the Canadian music festival in Regina, she was expecting their first child.

‘Oops you did it again… my wife and I are pregnant with our number three!’ Buble said as the audience in Vancouver cheered the revelation.

‘Oops you did it again!’ Michael Buble confirms wife’s pregnancy with third child… on the stage at Canada’s Juno awards on Saturday

It was reported last week that the couple are expecting a baby girl in around four months time, but the Canadian crooner didn’t reveal the gender of the tot.

The new baby will  be a third child for the 42-year-old singer and his wife, who also have four-year-old Noah and two-year-old Elias.

Their parenthood journey hasn’t been easy, with the couple devastated when Noah was diagnosed with liver cancer back in 2016, but luckily the youngster was confirmed to be making a recovery towards the end of last year. 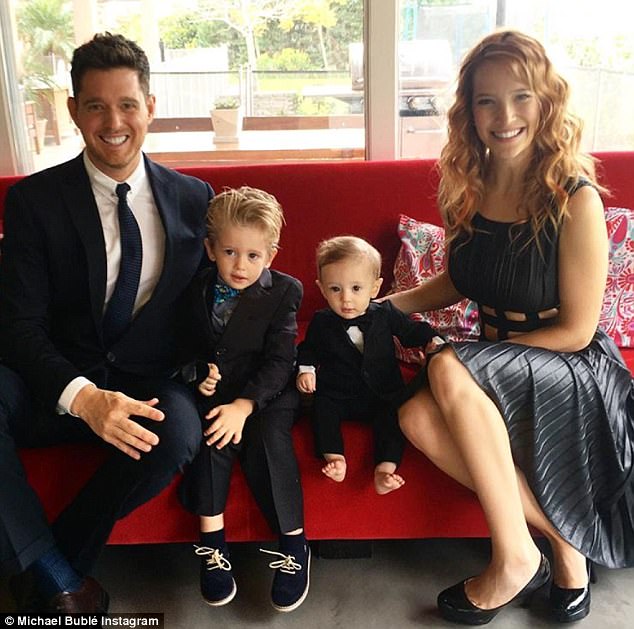 Baby number three! Michael Buble confirmed that his actress wife Luisana Lopilato is indeed expecting, as he took to the stage

And now Michael – who took home the award for Adult Contemporary Album of the Year at the 2018 Juno Awards – said he will start enjoying life more.

‘Part of that lesson is that it allowed me to really have perspective, and to really enjoy more than I ever have in my life.

‘I enjoy the small things.’ 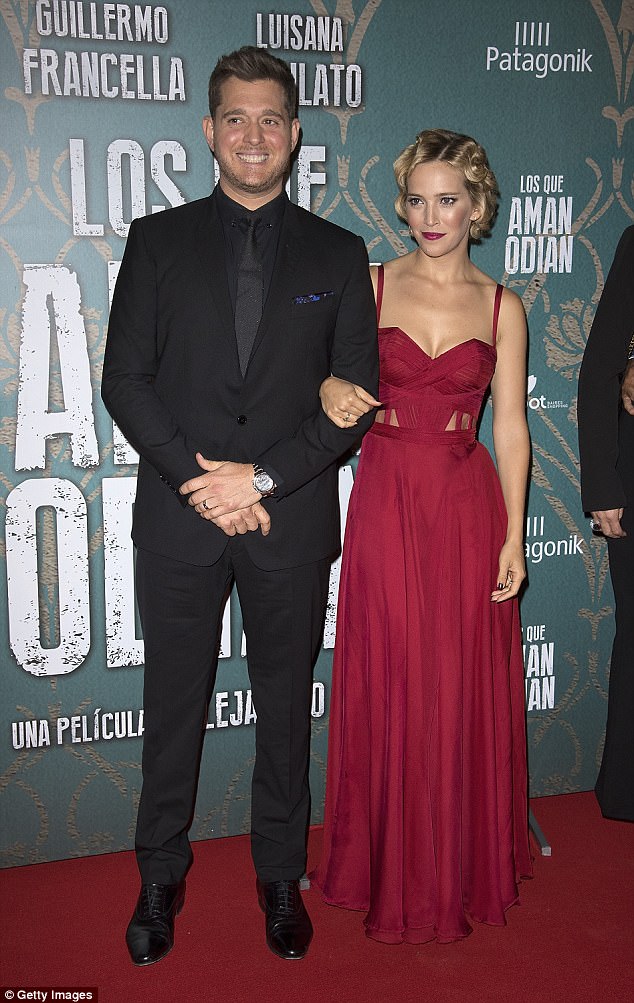 Proud parents: The new baby is thought to be a girl

Noah was diagnosed with cancer in 2016 but the Haven’t Met You Yet hitmaker has previously confirmed he has been ‘progressing well’ following his treatment.

Speaking previously, he said: ‘We are so grateful to report that our son Noah has been progressing well during his treatment and the doctors are very optimistic about the future for our little boy.

‘He has been brave throughout and we continue to be inspired by his courage. We thank God for the strength he has given all of us.’