Michael Clarke has been spotted out and about for the first time since his split with fashion designer Pip Edwards.

The former cricketer was every bit the doting dad as he stepped out with daughter Kelsey Lee for some grocery shopping in Sydney on Saturday.

The 39-year-old was completely focused on Kelsey Lee and didn’t let her out of his sight the entire time.

Stepping out: Michael Clarke stepped out in Sydney on Saturday with daughter Kelsey Lee

Michael held her hand as they strolled into the supermarket before hoisting her up to sit inside the shopping trolley.

The sportsman appeared to be in good shape, with his toned torso clearly visible through his tight green T-shirt.

Pip and Michael are understood to have split in recent weeks, less than a year after the celebrity pair went public with their relationship. 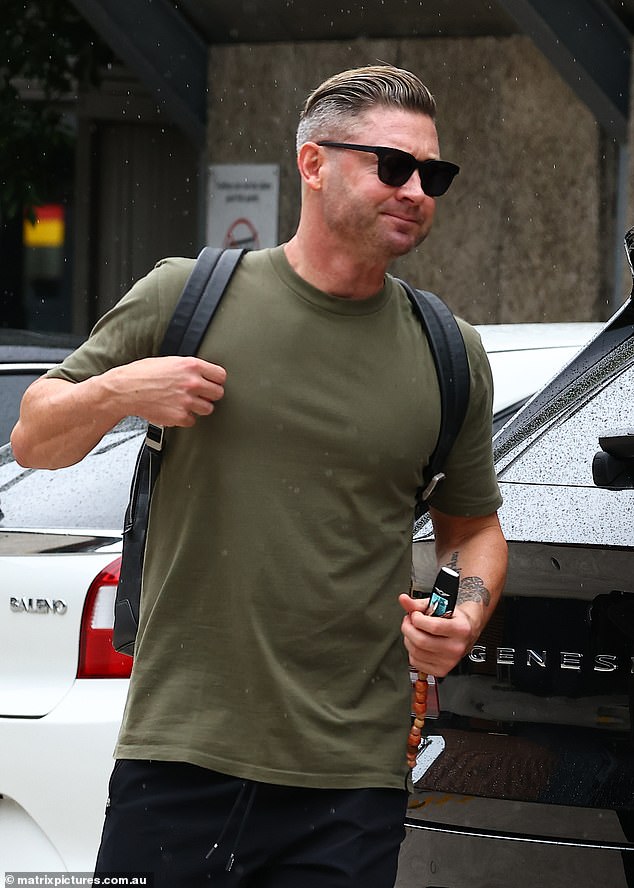 Fit: The sportsman appeared to be in good shape, with his toned torso clearly visible through his tight green T-shirt 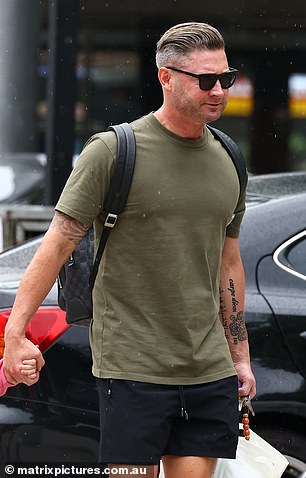 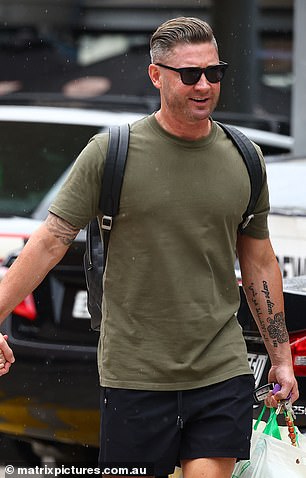 Daddy duties: The 39-year-old was completely focused on Kelsey Lee and didn’t let her out of his sight the entire time

The former couple had been inseparable for much of their romance, but neither has featured on the other’s Instagram since Australia Day.

When contacted about their split on Friday, Pip told Daily Mail Australia: ‘I have no comment, no comment at all.’

Sources close to the pair said while they have gone separate ways, they remain good friends and the split is ‘amicable’.

Another said that despite the couple’s propensity for loved-up Instagram posts, over recent times: ‘Things had been rather rocky’. 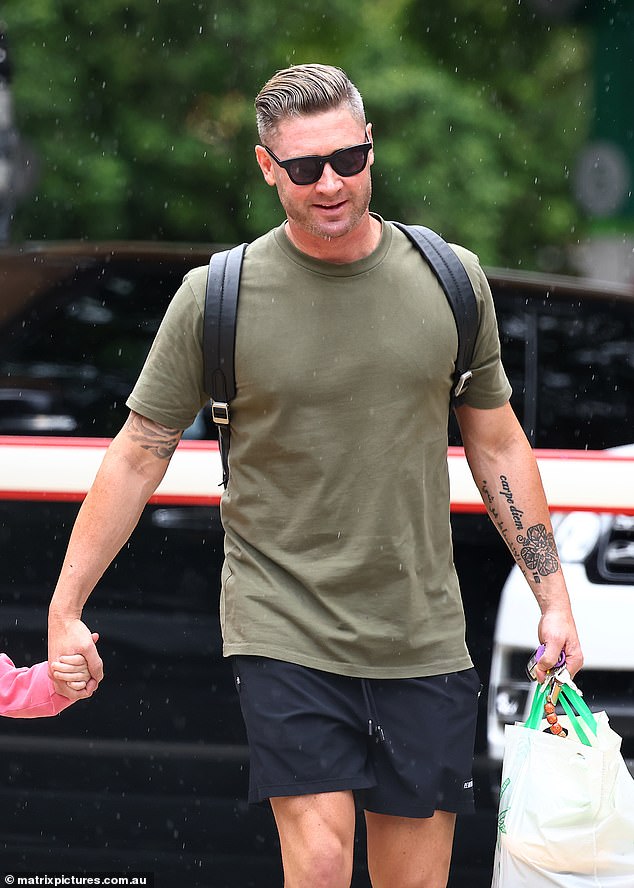 Bag it up! The cricketer carried a full bag of groceries from Woolworths supermarket 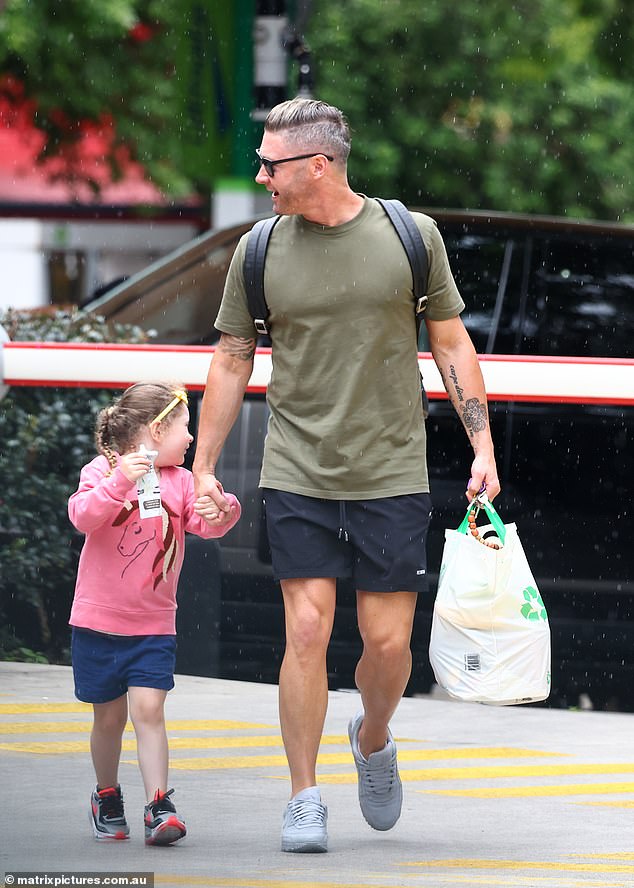 Cute: Little Kelsey Lee wore a pink sweater and a pair of blue shorts and sneakers

On the weekend meanwhile, a pal told The Daily Telegraph that they will no doubt remain friends despite their split.

‘They were great friends and had a great time together, and I’m sure they will remain friends,’ a ‘friend’ told the Daily Telegraph on Saturday. 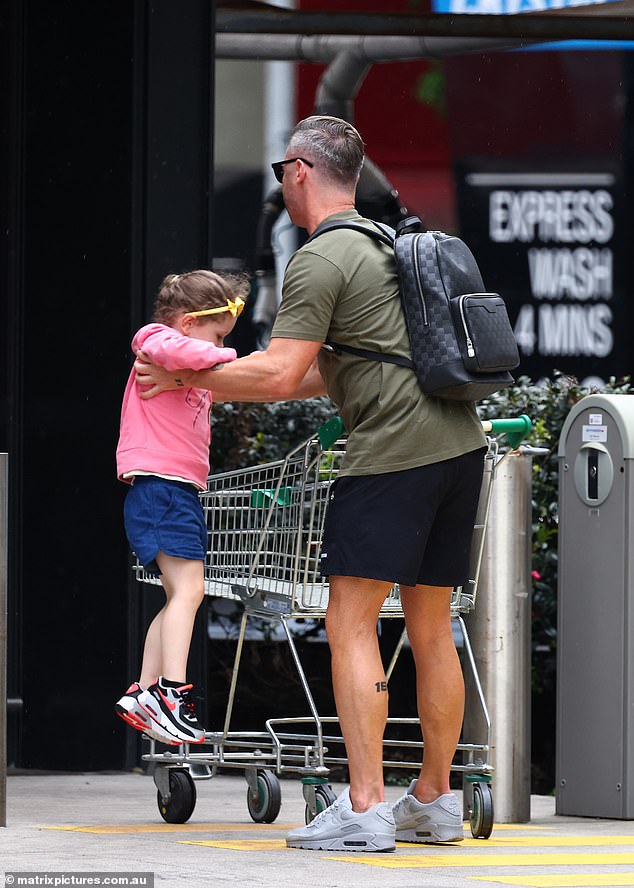 Dad to the rescue! Michael hoisted Kelsey Lee up into the shopping trolley 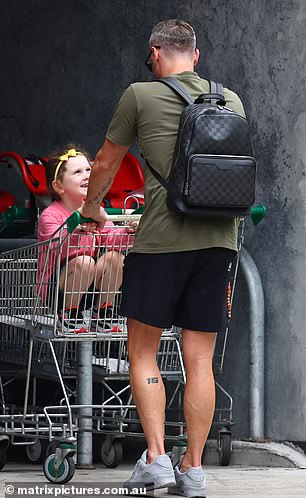 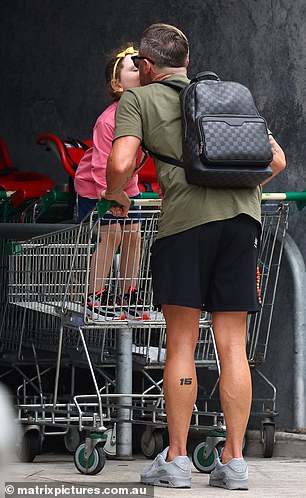 She’s happy! Kelsey Lee couldn’t wipe the smile off her face before standing up to give her dad a quick peck

Michael and Kyly had reportedly separated in September 2019, but kept their split quiet until officially confirming the news in February 2020.

Both Edwards and Clarke came to the relationship with children from previous partners. 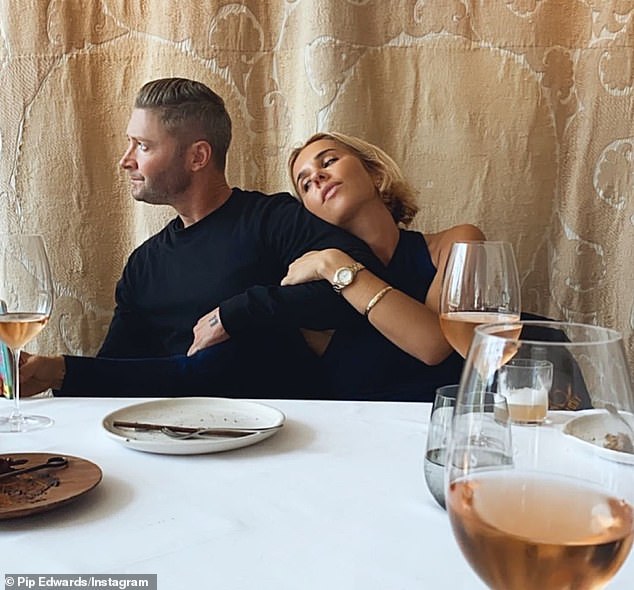