Their matriarch Catherine Zeta-Jones has been living it up in Cannes at the Mipcon event all week.

And Michael Douglas, 73, was spending some quality time alone with their children Carys, 14, and Dylan, 12, over the weekend, attending the Formula One 1 United States Grand Prix as a family on Sunday.

The Hollywood star and his family were spotted handing out in the McLaren garage as they enjoyed a day at the iconic Circuit of the Americas track, which is located in Austin, Texas.

Bonding: Michael Douglas, 73, was spending some quality time alone with their children Carys, 14, and Dylan, 12, over the weekend, attending the Formula One 1 United States Grand Prix as a family on Sunday

The trio appeared to be taking the sport rather seriously as they were captured looking pensively while speaking to a member of the McLaren team.

The famous family watched as Brit Lewis Hamilton reigned supreme, putting himself within a week of winning a fourth world championship.

The racing ace beat Sebastian Vettel into second place to take a 66-point lead with 75 on offer at the closing three races. The next round in Mexico on Sunday is likely to mark the end of the contest. 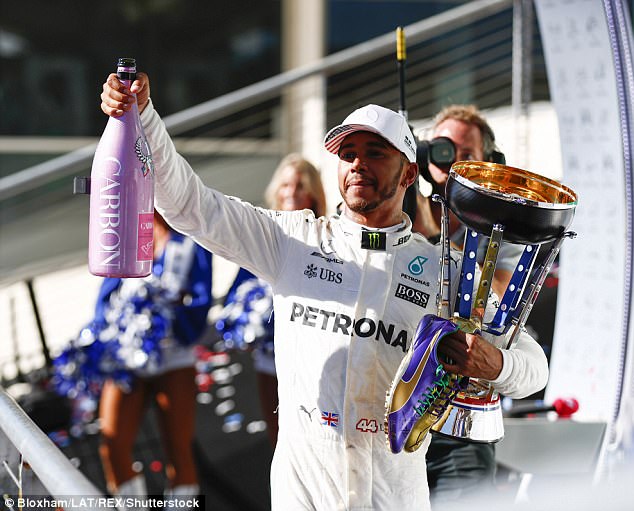 Victor: The famous family watched as Brit Lewis Hamilton reigned supreme, putting himself within a week of winning a fourth world championship

An incredible body: Meanwhile, matriarch Catherine Zeta Jones has been looking drop-dead gorgeous all week while in Cannes

Meanwhile, the Douglas’ family outing comes after Carys’ mother Catherine revealed her mini me has developed an even stronger interest in pursuing a career in show business after she recently attended New York Fashion Week.

‘She wants to get into the business in all its capacity. She is a wonderful actress and wonderful singer and pianist but she loves fashion,’ the Oscar-winning Chicago actress said. The star has been promoting her new line for QVC.

Catherine has already been advising her daughter about the attributes she’ll need in order to thrive in Hollywood. 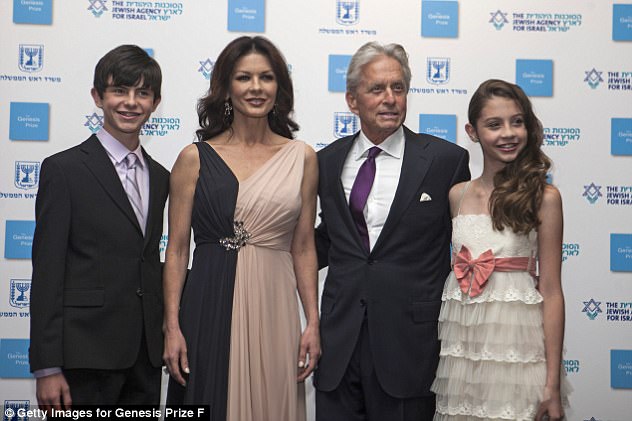 Following in their footsteps? Dylan and Carys have made more public appearances with their famous parents in recent years [pictured in June 2015]

‘A doctor has always been in the cards but acting is her passion and I’ve schooled them in that the business is broad these days and you got to go out there knowing that there’s critiques.’

While the family are notoriously private, both Catherine and Michael are known to share snippets of their personal lives on social media.

Sharing a throwback snap of the happy couple, she wrote: ‘One of our early dates, a boxing fight in Vegas! You got me at round one. Happy Birthday darling.’ 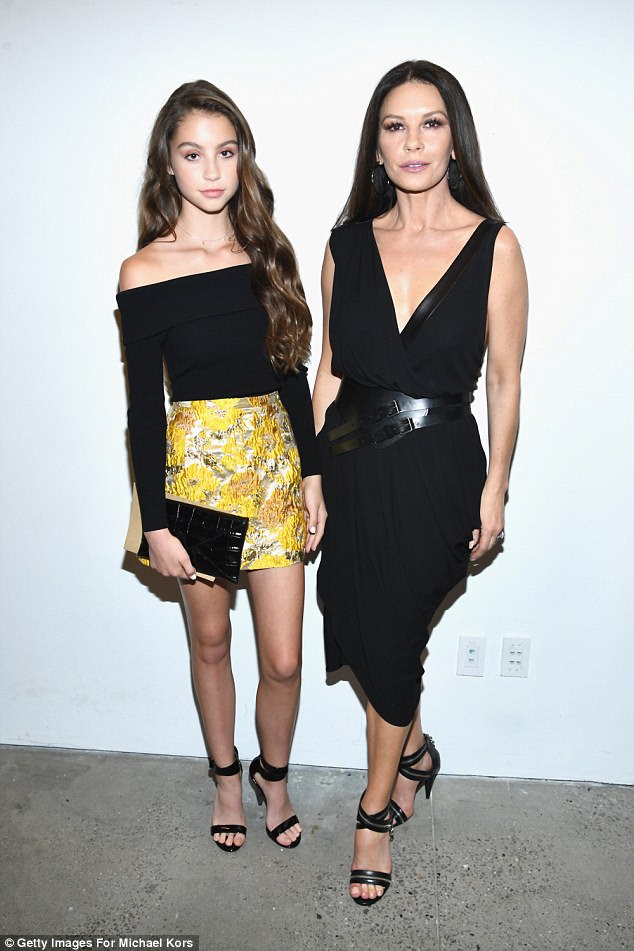 The next generation: Zeta-Jones has said her daughter Carys wants to get into acting; here she is seen in September at a fashion show in NYC