Michael Douglas is addressing the sexual harassment allegations made against him earlier this year.

‘I was extremely, extremely disappointed in The Hollywood Reporter which has been having a crusade in this area,’ in an interview on the TBD with Tina Brown podcast, airing on December 11.

‘Now, the way this generally works is, somebody makes a charge and then they – if they are responsible – reach out as they did to every person I worked with over 25 years – and they did, because everybody got back to me and there was nobody that ever complemented that accusation,’ the actor said during the podcast. ‘So I thought it was really a misuse of power. Very disappointed.’

Michael Douglas opened up about sexual harassment allegations against him. The 74-year-old said he was ‘extremely disappointed’ in the ‘false’ reporting

Douglas says he’s now moving on from the situation, saying it’s ‘all in the past’, but adding ‘it’s the way it goes.’ 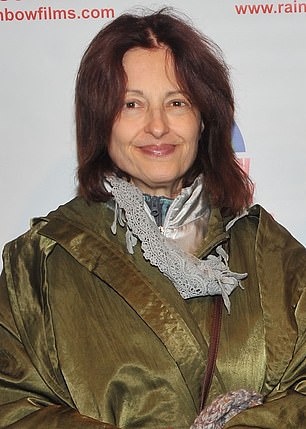 At the time Braudy first went public in the Hollywood Reporter, Douglas told the publication: ‘I’d confess to anything I thought I was responsible for.

In January, Michael decided to come forward himself with the allegations, after being approached by the Hollywood Reporter.

The Wall Street star revealed he was approached about the allegations just before Christmas – and on the same day his son Dylan, 18, was accepted to college.

He has expressed how the allegations have impacted family – wife Catherine Zeta-Jones and their two teenage children. 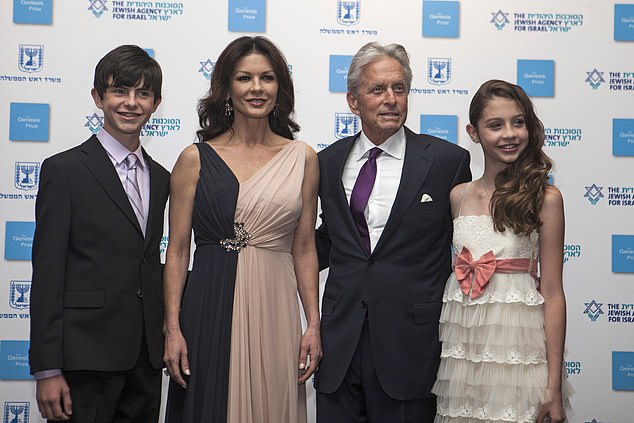 Catherine Zeta-Jones explained how she had confronted Michael about the allegations while their children Dylan, 18, and Carys, 15, (above with their parents in 2015) were in the room 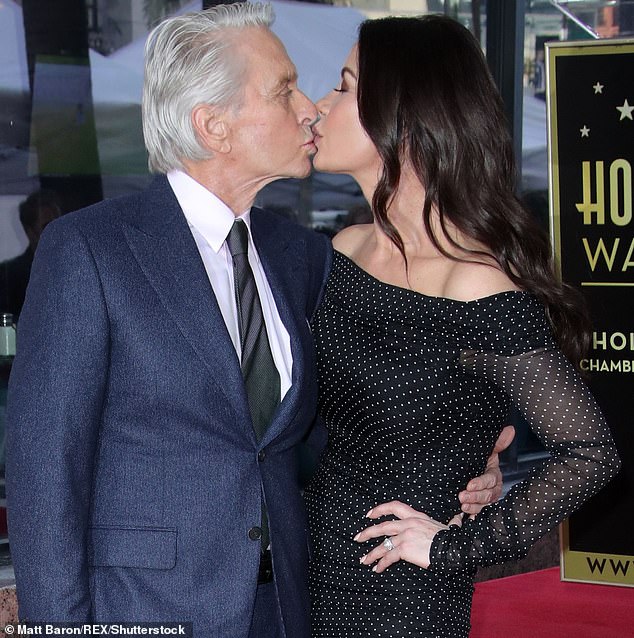 His wife has stood by his side, and says she believes her husbands innocence

Speaking about the allegations, Catherine told the Sunday Times Magazine last month: ‘My children and I were profoundly devastated by those allegations. And I was torn about where my absolute morals lie.

‘This woman came out of nowhere and accused my husband. I had a very big conversation with him, with the kids in the room, and said, ‘Do you understand if more comes out…’

Explaining how Michael had reassured the family about the claims, she said: ‘By telling us that there is no story here and that time will tell. And, of course, it did.

There was nothing to back it up at all. For any accusation that comes out that isn’t backed up, that knocks the movement back 20 years.’