Michael Ibrahim’s glamorous wife and bankrupt construction identity George Alex are among a group of people arrested over their alleged involvement in a criminal syndicate.

She has been charged with recklessly dealing with proceeds of crime in excess of $1million, according to the Sydney Morning Herald.

She was granted bail after two associates posted a $100,000 surety and must report to Wentworth Police Station daily until her next appearance at the Downing Centre Local Court on September 16.

In March of this year, Ms Hall’s husband Ibrahim was jailed for unrelated offences for 30 years for conspiring to import more than 1.7 tonnes of MDMA, 136 kilograms of cocaine and 15 kilograms of meth.

Mr Alex, 49, and his son Arthur, 22, were also arrested at a leased waterfront home in Surfers Paradise in Queensland on Tuesday morning.

Makeup artist Caitlin Hall and her husband Michael Ibrahim, who was jailed for 30 years in May for conspiring to import multiple illegal substances. Ms Hall was arrested at her Greystanes home in Greater Western Sydney on Tuesday morning

The duo were each charged with conspiracy to defraud and dealing with proceeds of crime worth more than $100,000 between July 2018 and July 2020, the publication reported.

Five other men were charged following the synchronised arrests.

Police allege the group were all involved in a tax fraud and money laundering syndicate, which has formed part of a major federal police investigation.

Solicitor Johnathan Nyst, who is representing five of the accused, on Tuesday told a court ‘George Alex… is alleged to be at the head of this criminal syndicate.’

Mr Alex and his son were arrested in a spacious waterfront home complete with an indoor spa, a pool and a 10-seat home theatre.

They have paid $1,600 a week for the rental property since December 2018, according to a real estate listing from the time. 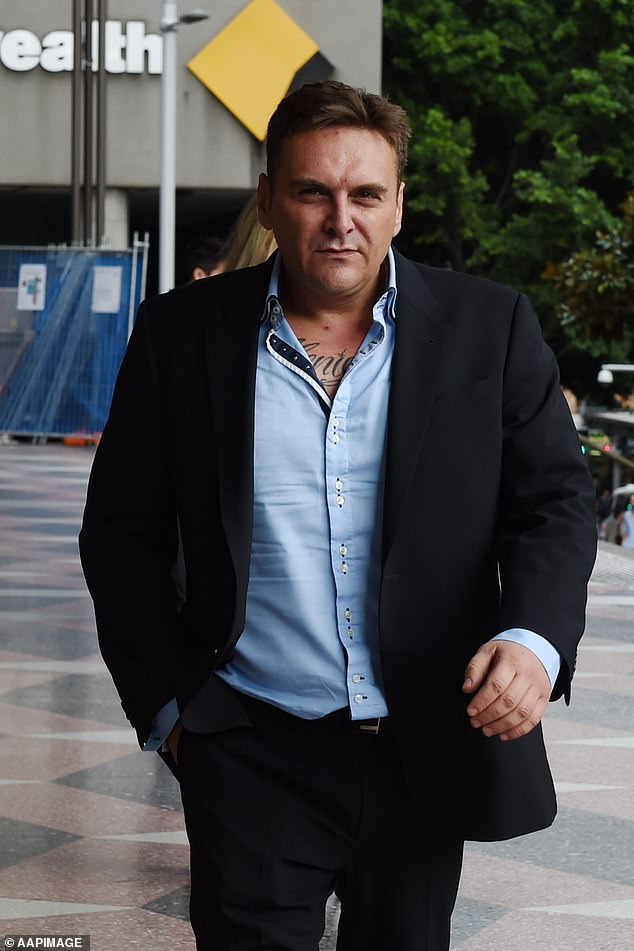 Bankrupt construction identity George Alex (pictured) 49, and his son Arthur, 22, were also arrested at a leased waterfront home in Surfers Paradise in Queensland on Tuesday morning

Officers raided another Earlwood home that was purchased for $2.35 million by Arthur Alex in 2018.

The Australian Federal Police, the ATO and the Securities and Investments Commission have been jointly investigating the alleged syndicate, which prompted Tuesday’s arrests.

‘I can confirm that we are executing a number of search warrants,’ an AFP spokeswoman told Daily Mail Australia.

‘There is no threat to public and we will have more information at a later date.’

The investigation is also examining alleged illegal phoenix activity, according to the Daily Telegraph.

Illegal phoenix activity is when a new company is created to continue the business of a company that has been deliberately liquidated to avoid paying its debts, including taxes, creditors and employee entitlements. 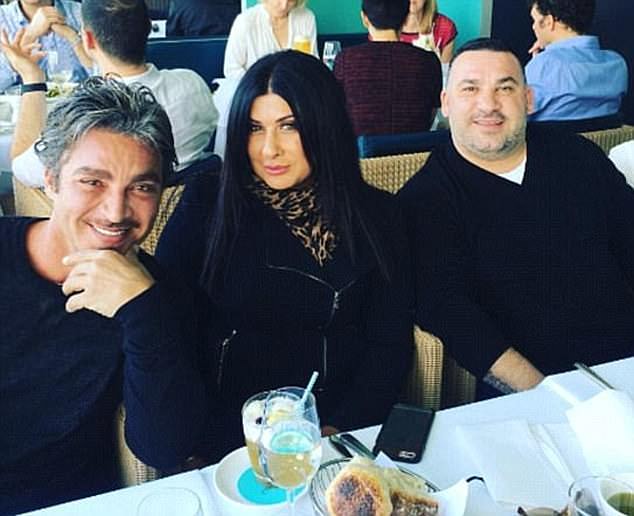 Ms Hall (centre) is the wife of jailed drug kingpin Michael Ibrahim (right), who is the younger brother of Kings Cross identity John Ibrahim (left). Daily Mail Australia does not suggest John Ibrahim is connected to his brother’s jailing or Ms Hall’s arrest

Mr Alex has been an undischarged bankrupt since 2011 and was a significant part of the trade union royal commission in 2015.

Evidence was given to show that Mr Alex ran multiple labour hire companies that were paying the Construction, Forestry, Maritime, Mining and Energy Union (CFMEU) for favourable construction deals.

The final reported concluded there was a ‘substantial body of documentary evidence’ to prove Mr Alex and his associate Joseph Antoun made regular $2,500 payments to CFMEU organiser Darren Greenfield.

Daily Mail Australia does not suggest the 2015 royal commission case has any connection to Mr Alex’s recent arrest.

Meanwhile, Ms Hall is the wife of jailed drug kingpin Michael Ibrahim, who is the younger brother of Kings Cross identity John Ibrahim.

Daily Mail Australia does not suggest John Ibrahim is connected to his brother’s jailing or Ms Hall’s arrest. 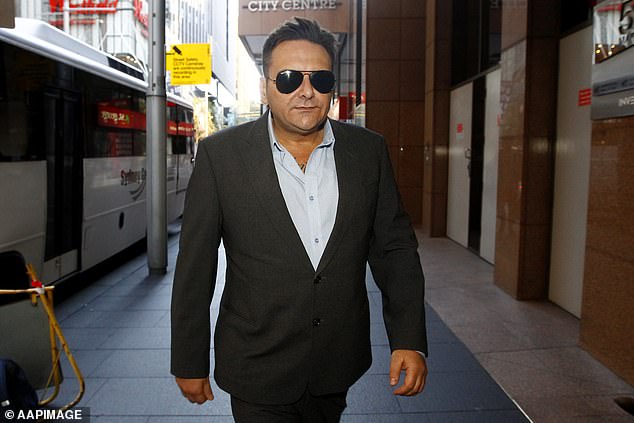 George Alex arrives at the Royal Commission into Trade Union Governance and Corruption in 2015. Daily Mail Australia does not suggest the 2015 royal commission case has any connection to Mr Alex’s current arrest