Michael Jackson’s niece has spoken out against her ex-boyfriend Wade Robson, who accused the late King of Pop of sexually abusing him as a child in the documentary Leaving Neverland.

In her only Australian radio interview, Brandi Jackson alleged on Tuesday that her uncle was not a paedophile, contrary to Wade’s extraordinary claims.

She told The Kyle and Jackie O Show: ‘When I was watching [Leaving Neverland], I was completely sickened by it, to be honest with you. The things that he was saying were so over the top and so ridiculous.’

‘What he’s saying is ridiculous’: Michael Jackson’s niece Brandi (pictured) claims that Leaving Neverland star Wade Robson, who happens to be her ex-boyfriend, is wrong about her uncle

Brandi added: ‘[Wade] was not describing my uncle. He was describing a totally different person, but not my uncle. And that’s why this is a narrative that has changed… over the last 15 years. Everything that he’s ever said about my uncle is the complete opposite of who he was painting in this documentary.’

When radio host Jackie ‘O’ Henderson asked Brandi if it was possible Wade had testified under oath that Michael didn’t abuse him because he was ‘instructed’ to do so, Brandi insisted there was no ‘other side’ to her uncle she didn’t know about.

‘Part of what I have to say to that is, with Wade saying that he was afraid [he and Michael] would go to jail [if he revealed the abuse], Wade was a grown man when he testified the second time,’ Brandi said.

‘And if someone had been anally penetrating you and anally abusing you when you were 14 years old, and you had a chance to go on the stand and put that man away for the rest of his life so that he couldn’t hurt anyone else, you’d do it. You would.

‘I can understand when he was a child if he was too afraid to do such a thing, that makes sense. But as a grown man, it doesn’t,’ she said, adding that she has not spoken to Wade since the documentary was released. 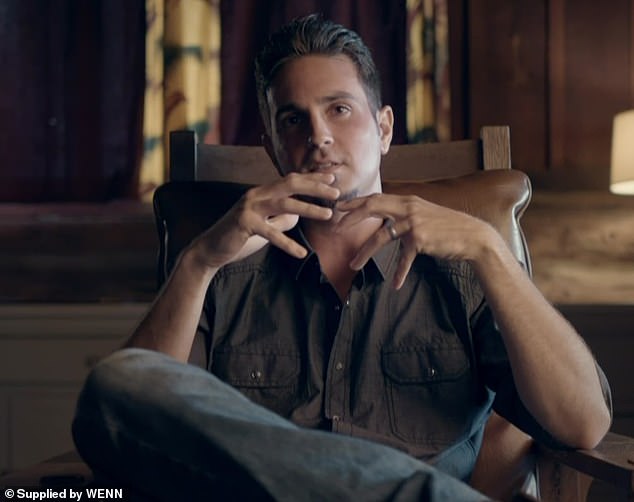 Claims: Wade Robson, a dancer and choreographer, claims in the documentary Leaving Neverland that Michael Jackson molested him as a child after grooming him and his family 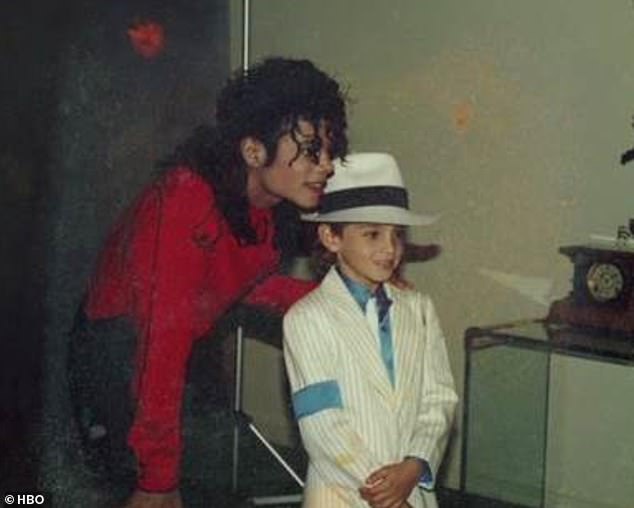 Abuse: Wade (pictured with Michael as a child) claims the singer abused him from aged nine

Brandi explained that ‘this whole situation’ with the Leaving Neverland documentary was ‘hard’ on Michael Jackson’s family, including his 20-year-old daughter Paris.

‘They don’t remember these things from 2005 [the People v. Jackson criminal trial, which resulted in Michael being found not guilty of molesting Gavin Arvizo], they didn’t have to go through it in that way,’ she said.

‘So I think that this is their first wave of having to deal with this. And I feel very bad for them. Especially since [Michael is] not here to talk them through it and to explain to them what this is about.’

Brandi made it abundantly clear in the interview  that she does not believe Wade, who she previously dated for a decade and lost her virginity to. 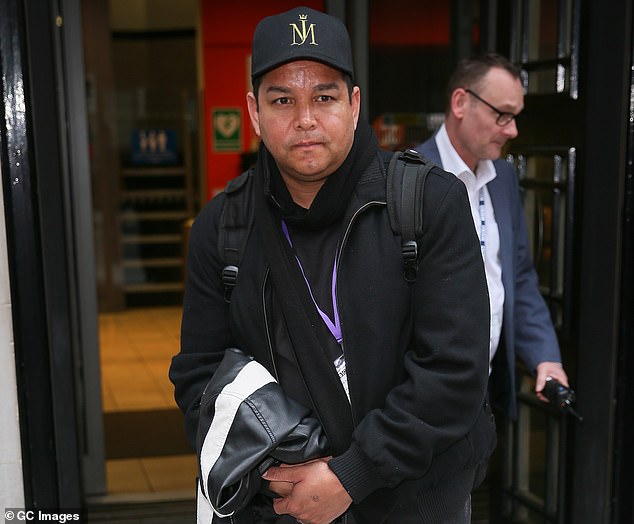 Theory: It comes after Michael Jackson’s nephew Taj (pictured) claimed the fact that Wade and Brandi were dating at the time of the alleged molestation is evidence that Wade could not have been abused by the singer

It comes after Michael Jackson’s nephew Taj claimed the fact that Wade and Brandi were dating at the time of the alleged molestation is evidence that Wade could not have been abused by the singer.

He also slammed the makers of Leaving Neverland and accused them of twisting the facts to suit their story.

Jumping to his uncle’s defence, Taj said that Michael, rather than being sexually interested in Wade, actually set him up with Brandi, which ‘throws the whole narrative of the film off’.

He said: ‘He dated my cousin for over seven years and it’s really interesting because they left that out of the story – and he dated her during the time period that he’s getting supposedly molested by my uncle Michael.

‘I think it’s ridiculous especially since my uncle Michael was the one that basically brought them together. And so it throws off the whole narrative of Michael Jackson only wanting him [Wade] for himself or teaching him to hate women.’

‘It’s something they’ve conveniently left out of the documentary because it coincides with Wade saying [the abuse happened] from the age of seven to 14. But he was dating Brandi from nine to 18.’