Michael Jordan has revealed that his famed ‘flu game’ in the 1997 NBA Finals was actually a case of food poisoning that he blames on bad pizza, which may have been intentionally contaminated by Utah Jazz fans.

‘It really wasn’t the flu game,’ Jordan said during Sunday’s finale of the ESPN docu-series, The Last Dance. ‘It was food poisoning.’

Battling what was described as ‘the flu’ in Game 5, Jordan heroically poured in 38 points to lift Chicago to a crucial 3-2 series lead over the Western Conference champion Utah Jazz in Salt Lake City. Two nights later, Jordan’s teammate Steve Kerr famously sank the 17-foot jump shot that clinched the series in Game 6 to give the Bulls their fifth title.

Michael Jordan has revealed that his famed ‘flu game’ in the 1997 NBA Finals was actually a case of food poisoning that he blames on bad pizza, which may have been intentionally contaminated by Utah Jazz fans 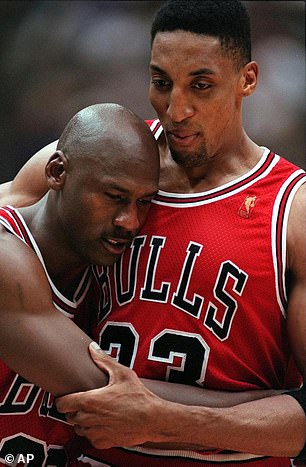 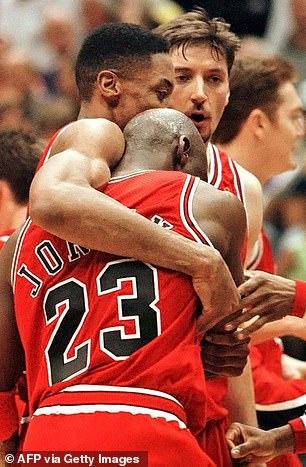 The ‘Flu Game’ is best remembered for an exhausted, dehydrated Jordan being fanned by teammates on the bench during timeouts. Near the end of the 90-88 Bulls win, Jordan famously fell into teammate Scottie Pippen’s arms, which provided one of the more memorable images of their careers

But as Jordan told ESPN, it wasn’t actually the flu that left him dehydrated and clinging to teammates during timeouts in Game 5.

As Jordan explained, he was hungry around 10:30pm on June 10 at the team hotel in Park City, which did not have many late-night food options.

Jordan’s longtime personal trainer Tim Grover and personal assistant George Koehler were able to track down a pizza place that was still open.

Somewhat suspiciously, the pizza was delivered by five men, suggesting that they were aware it was ordered for Jordan, who was perhaps the most famous man alive in 1997.

‘Five guys delivering one pizza,’ Grover said. ‘They’re all trying to look in. I take the pizza. I pay them. I put this pizza down. I say, “I’ve got a bad feeling about this pizza.”‘

Jordan claims to have eaten the pizza entirely by himself – a detail that is confirmed by both Koehler and Grover, not to mention The Last Dance director Jason Hehir, who revealed he heard the future Hall of Famer actually spit on it to make sure nobody else ate it.

Hehir is skeptical that the pizza was intentionally spiked, but it does appear that Jordan was the only one who ate it because he was the only person who got sick.

‘I ate the pizza,’ Jordan said. ‘All by myself. Nobody else ate the pizza. I wake up about 2:30 throwing up left and right.’

The game is best remembered for an exhausted, dehydrated Jordan being fanned by teammates on the bench during timeouts. Near the end of the 90-88 Bulls win, Jordan famously fell into teammate Scottie Pippen’s arms, which provided one of the more memorable images of their careers.

‘That was probably the most difficult thing I’ve ever done,’ Jordan said of his performacne. ‘I almost played myself into passing out just to win a basketball game.’ 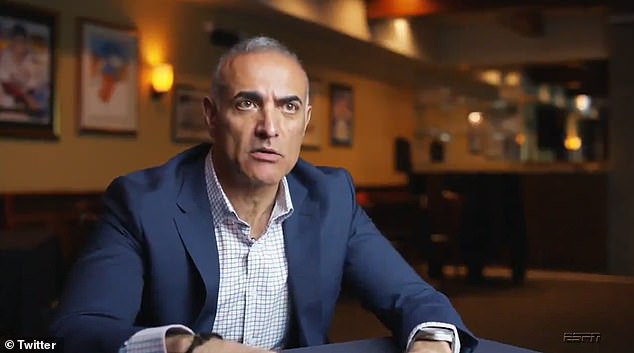 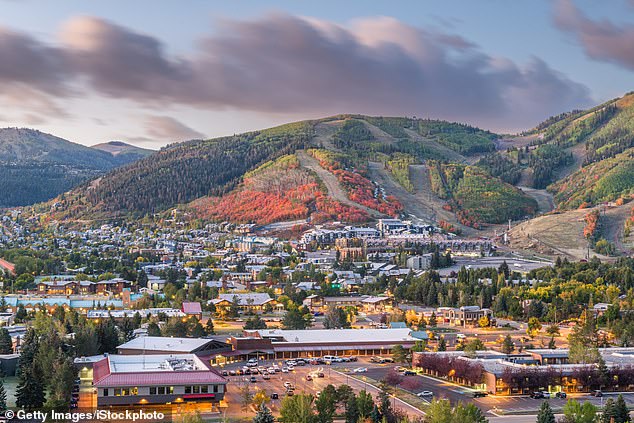 The Chicago Bulls were staying in Park City, Utah during the 1997 NBA Finals, which must have been widely known because five men from the pizza place delivered the suspicious pie 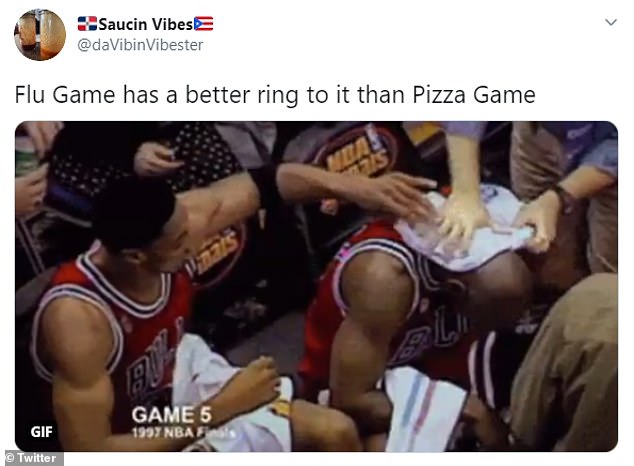 There has been considerable speculation about the origin of Jordan’s mysterious flu over the years because his teammates never reported any illnesses. Rumors about a quick jaunt to Las Vegas leading to a hangover may subside now that Jordan has revealed the pizza story. 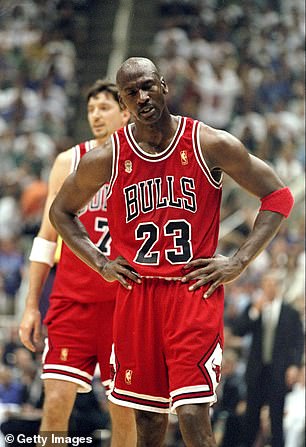 ‘I’ve got a lot of Utah Jazz fans in my life who think the flu game was actually a hangover game,’ tweeted Deseret News religion reporter Kelsey Dallas. ‘Love that Michael Jordan is coming back at them with an accusation of pizza poisoning.’

Although it’s hard to convict the anonymous pizza joint for deliberately poisoning the pizza, Jazz fans do have a reputation among NBA players.

Houston Rockets star Russell Westbrook has had several alterations with fans in Salt Lake City dating back to his days with the Oklahoma City Thunder, and retired Rockets guard Vernon Maxwell joked on Twitter that he was too suspicious to eat in Utah.

‘I always made it a point to never eat whenever I played in Utah for that very reason Michael,’ he wrote.

As for why Jordan never revealed the source of his illness until this ESPN docu-series, Grover offered an explanation during an interview with Barstool Sports.

‘One hundred percent it was food poisoning, 100 percent,” Grover said. ‘But obviously it just sounds better to be the “Flu Game” than the “Food Poisoning Game.”‘