American fashion giant Michael Kors has agreed to buy Versace in a stunning $2.12billion deal, the company announced on Tuesday.

The move by the American namesake label, best known for its leather bags that run under $500, will give Michael Kors a foothold in the elite European fashion world.

In the deal Michael Kors bought the Italian fashion house for $2.12billion including debt. Michael Kors will also change its name to Capri Holdings, inspired by the ‘iconic, glamorous and luxury destination’.

‘The acquisition of Versace is an important milestone for our group,’ Michael Kors CEO and chairman John Idol said in a statement. 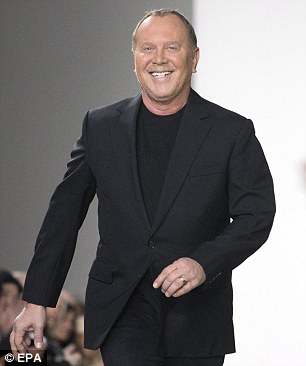 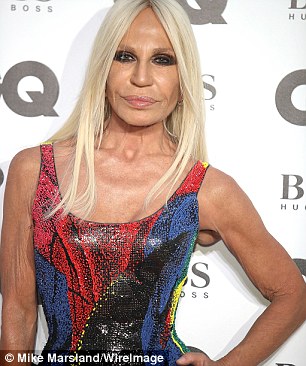 Michael Kors (founder pictured left) will also change its name to Capri Holdings following the acquisition. Donatella Versace (right) will continue to work with the Italian brand her brother founded following the deal

‘We believe that the strength of the Michael Kors and Jimmy Choo brands, and the acquisition of Versace, position us to deliver multiple years of revenue and earnings growth,’ Idol added.

U.S. private equity firm Blackstone, which bought 20 percent of Versace back in 2014, will fully exit its investment in the deal as well.

Michael Kors has been growing its high-fashion portfolio over the past couple years, purchasing U.K.-based stiletto maker Jimmy Choo for $1.2billion last year.

Versace, established in 1978 in Milan, is famous for its bold designs and its Medusa head logo. It is run by the Versace family and is the inspiration story for the American Crime Story series The Assassination of Gianni Versace.

The Versace family, which currently owns 80 percent of the fashion house via a holding company called Givi, will receive 150 million euros of the purchase price in Capri shares. 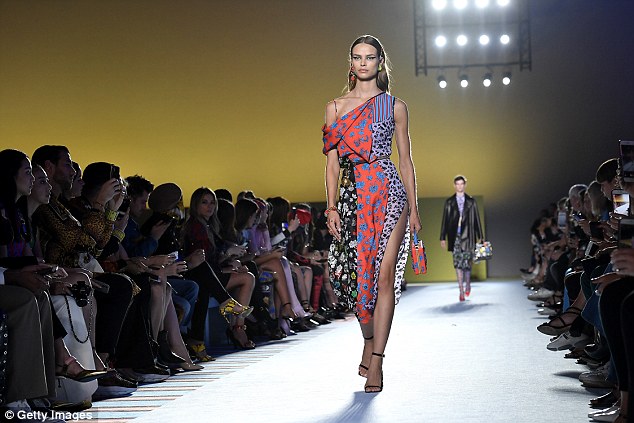 The American namesake label, known for its mid-priced leather handbags, will now have a foothold in the high-end European fashion world after buying Versace, the Milan-based fashion house led by Donatella Versace

‘We believe that being part of this group is essential to Versace’s long-term success. My passion has never been stronger,’ Donatella Versace said on the purchase.

She is the sister of the company’s late founder Gianni Versace and is the artistic director and vice-president of the fashion house.

After the deal, Versace CEO Jonathan Akeroyd will remain at the helm of the company, while Donatella Versace will ‘continue to lead the company’s creative vision’, according to Michael Kors CEO Idol.

The deal is expected to close in the fourth fiscal quarter, subject to regulatory approvals.

Michael Kors said it plans to grow Versace’s global sales to $2 billion globally, boost its retail footprint to 300 stores from around 200 at present and accelerate its e-commerce strategy. It also plans to raise the share of higher-margin accessories and footwear to 60 percent of sales from 35 percent.

Versace does not disclose its financial details, but documents deposited with the Italian chamber of commerce show that last year it posted sales of 668 million euros and earnings before interest, tax, depreciation and appreciation (EBITDA) of 45 million euros.