The Moonraker villain, who played Hugo Drax in the 1979 film, passed away at his home in Paris, his agent Olivier Loiseau confirmed on Monday.

Lonsdale played an industrialist planning to poison all of humanity before repopulating the planet from his space station, opposite Bond icon Sir Roger Moore.

When quizzed by James Bond fan site Mi6-HQ if ever worried about playing a Bond villian and if it would affect his career, he said: ‘Not at all! On the contrary!

‘Because, I made so many films that were not really very popular or didn’t make much money, and I only made poor films, so I thought I might like to be in a rich film.’

He added: ‘It was a great experience to make a very popular film. Everybody was so kind. Roger Moore, Lois Chiles and Richard Kiel were all wonderful. There was a beautiful understanding between the actors, and so I was very happy to do that.’ 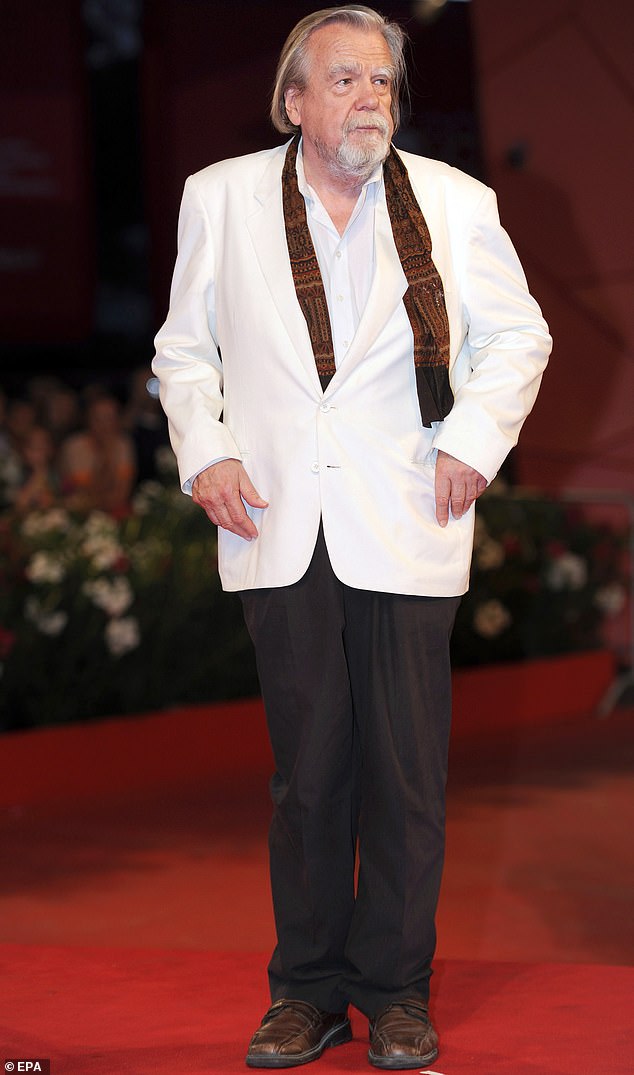 Iconic role: The Moonraker villain, who played Hugo Drax in the 1979 film, passed away at his home in Paris, his agent Olivier Loiseau confirmed on Monday

Meanwhile Hugo Drax was his notable role, Lonsdale was also known for his performance as detective Claude Lebel 1973’s spy movie The Day of the Jackal.

His performance in the film earned him a supporting actor BAFTA nomination.

Lonsdale, who was bilingual, chalked up more than 200 roles over a six-decade career, equally at ease in experimental arthouse productions as in big-budget crowd-pleasers.

With his silky yet imposing voice and a distinctive goatee, Lonsdale often served up memorable performances that stuck with viewers even when only in minor roles.

His agent, Olivier Loiseau, said he had died at his home in Paris, the city where he was born on May 24, 1931, to an English military officer and a French mother.

Arguably the highlight of his career came when he played a Trappist monk in Of Gods and Men in 2010.

Based on true events, the film tells the story of seven French monks who were murdered after being kidnapped from their monastery in Algeria in 1996 during the country’s civil war.

For the role Lonsdale won his first and only Cesar award – France’s version of the Oscars – for best supporting actor in 2011.

Lonsdale was raised in London and later in Morocco during World War II, when in 1942 American soldiers introduced him to films by John Ford, George Cukor and Howard Hawks.

He went to the cinema from an early age, and decided to become an actor.

He returned to Paris in 1947, where he discovered theatre and took lessons in dramatic art, later telling AFP of his struggles to overcome his shyness.

He made his theatre debut in 1955, and hit the big screen a year later. His talent for improvisation, his physical presence and mellifluous voice made him in demand from the early 1960s.

He performed in plays by top playwrights of the era including Eugene Ionesco, Samuel Beckett and Marguerite Duras.

His breakthrough came when French film director and New Wave innovator Francois Truffaut hired him for ‘The Bride Wore Black’ and ‘Stolen Kisses,’ both in 1968.

A practicing Catholic, Lonsdale also took on several clerical roles – as a priest in Orson Welles’s ‘The Trial’ in 1962, as a cardinal in Joseph Losey’s ‘Galileo’ in 1975, and as the abbot in Middle Ages thriller ‘The Name of the Rose’ in 1986.

But he was not above lighter fare: In Luis Bunuel’s 1974 surrealist comedy ‘The Phantom of Liberty,’ Lonsdale, his buttocks in the air, took part in a sado-masochistic session.