‘I was sat watching Kylian Mbappe at the World Cup thinking I used to be like that’: Michael Owen heaps praise on PSG star and admits he could become the best player in the world

Michael Owen admitted that watching Kylian Mbappe at the World Cup reminded him of when he burst onto the international stage as a teenager.

Owen heaped praise on the Paris Saint-Germain star ahead of the eagerly anticipated Champions League clash with Liverpool at Anfield.

Mbappe set the World Cup alight as he helped lead France to glory but arguably his best game in the summer came against Argentina in the last-16 stage.

The 19-year-old caused havoc among the Argentinian defence, outshining Lionel Messi as he won a penalty for his team before scoring twice as France won 4-3.

And former England international Owen, who made a name for himself with a fantastic individual solo goal against Argentina at the 1998 World Cup, claimed Mbappe’s emergence was very similar to his back in the day.

Owen told BT Sport: ‘I was sat watching them (France) against Argentina and he ran past everyone and won a penalty. I thought ‘I did that when I was 18’.

‘And then he ran past everyone and scored a great goal and I was like ‘oh my word’. Then of course in the press the next day, was all the comparisons.’ 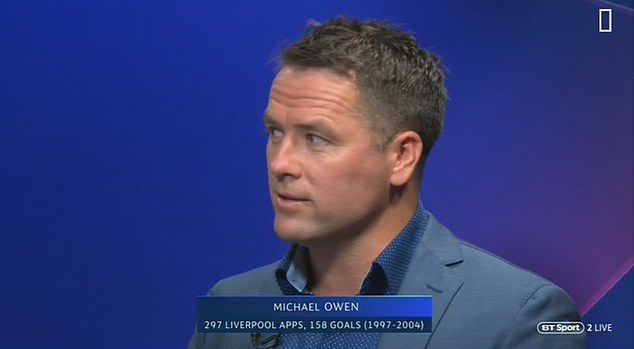 When asked whether having so much expectation on your shoulders adds pressure at such a young age, Owen replied Mbappe has the right attitude to become the best player in the world for years to come.

‘That’s the sign of someone that’s going to go to the top I think. The key to being a good player and coming onto the scene, is having an attitude where you feel like you belong. You’re not too arrogant but you’re so comfortable straight away and you can perform,’ the former Liverpool striker added.

‘I think sometimes a kid comes along and of course, everyone gets carried away and says ‘he is the next thing’ but they’re not. There is one or two that come every 10 years and he is that.

‘People develop at different times. This kid has a great mentality on him and he is obviously lightning fast. And if you are lightning fast, you have a huge advantage straight away.

‘You only have to have a bit of ability if you have got that pace. He could turn out to be the best player in the world in time.’ 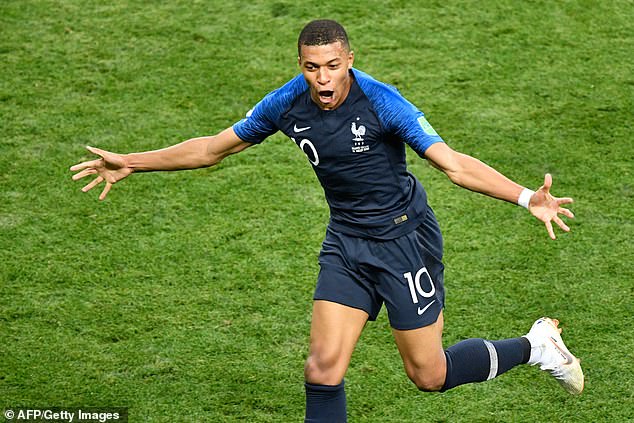