‘Most teams would be dead and out after that first half’: Liverpool’s dismal opening 45 minutes against Villarreal condemned by Michael Owen… but ex-Reds striker insists it ‘shows how good they are’ that they fought back

Michael Owen was less than impressed with Liverpool’s first half performance against Villarreal but praised the Premier League giants for bouncing back to win their Champions League semi-final second leg clash on Tuesday evening.

Jurgen Klopp’s side had the advantage heading into the fixture as they beat the LaLiga giants 2-0 at Anfield last week thanks to an own goal from Pervis Estupinan and a Sadio Mane strike.

However, Liverpool went 2-0 down during the first half of the away fixture after Boulaye Dia and Francis Coquelin found the back of the net for the hosts. 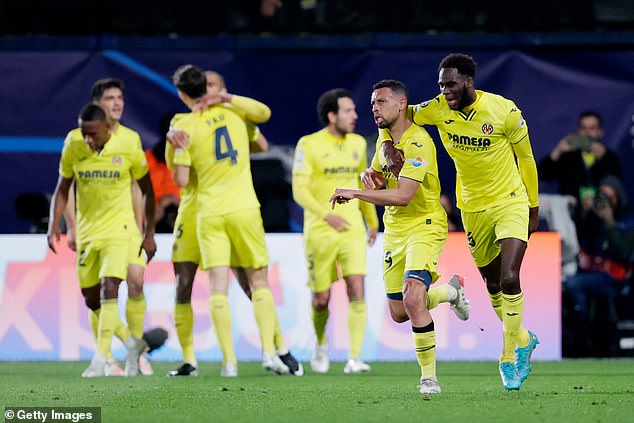 Nevertheless, Liverpool managed to turn their form around after the break and went on to win the game 3-2.

Speaking about Liverpool’s performance during the half-time break, Owen said: ‘Villarreal done to Liverpool what Liverpool had done to them at Anfield. I thought they were poor goals to concede.’

Rio Ferdinand agreed with Owen by saying: ‘We definitely have had to eat our words. We thought Liverpool would come out and overpower this team. But they have absolutely come out on the front foot.

‘They have pressed Liverpool. Liverpool have had no time to get their foot on the ball or get their head up. They haven’t been able to play any passes. Then when Villarreal have been on the ball they have been decisive as well.’ 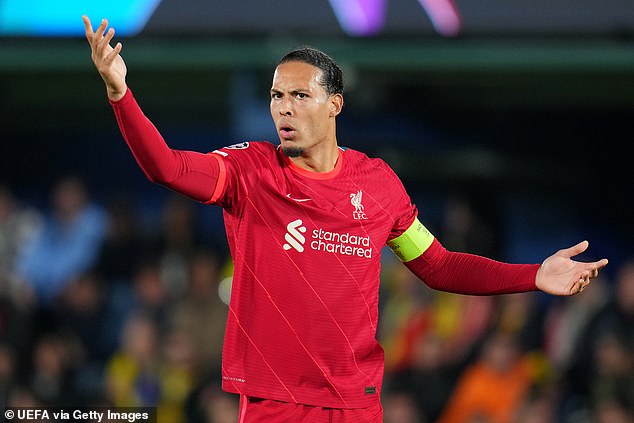 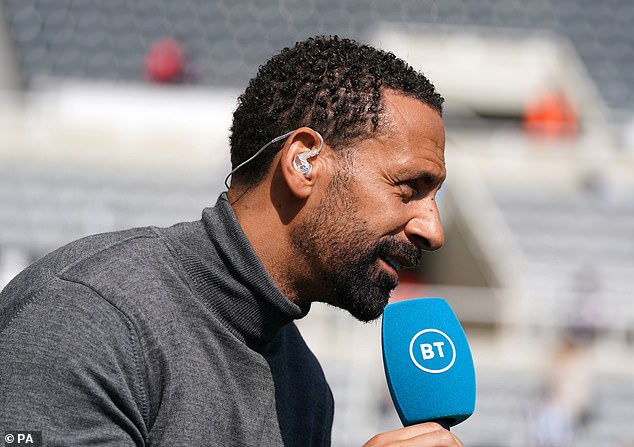 However, his praise Villarreal for their performance and said they had been ‘fantastic’

Speaking directly about the goals Liverpool conceded, Ferdinand added: ‘They have got to work hard and get into the right places faster.

‘Keita has got to get closer to stop that cross from coming in, 100 per cent. Robertson doesn’t go and attack the ball. Then he gets caught on his heels again.

‘The Villarreal coaches will be telling the players to cross the balls in because the Liverpool players are getting caught on their heels. But you have to give credit to Villarreal, they have been fantastic so far today.’

However, Liverpool did manage to turn their form around after the half-time break, scoring three goals in the space of 12 minutes.

It was Fabinho who opened the scoring for Liverpool in the 62 minute of the game – before Luis Diaz and Sadio Mane added to the tally in the 67th and 74th. 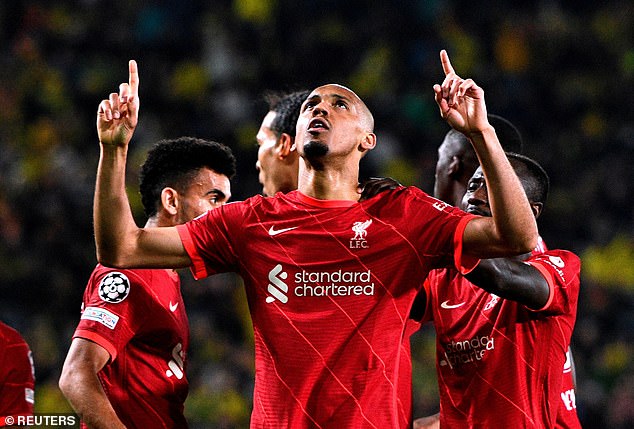 However, Liverpool did manage to turn their form around after the half-time break 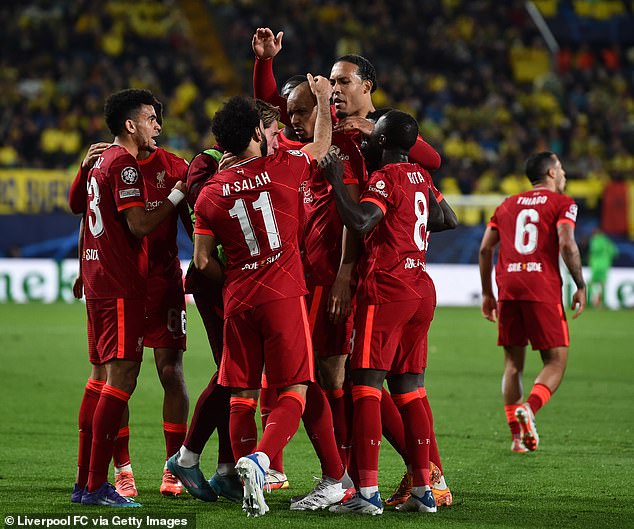 Owen was quick to comment on their second half performance after the final whistle saying their triumph has proven ‘how good Liverpool are’.

He said: ‘It just shows you how good Liverpool are. Sometimes in football if you make a mistake that’s it.

‘Most teams would be dead and out after that first half. They are that good that they can have a first-half like that and then come out and change gear. This team has a lot of gears.

‘They are such a good team. They have goal scorers in this team, people that can change the game off the bench which we saw today. They are the full package.

‘Most teams would be dead and out after that first half’